The vegetables in Bengaluru mostly arrive from Kolar, Chikkaballapur, Bengaluru Rural, Ramanagara and Tumakuru, the districts most affected by the recent rains. 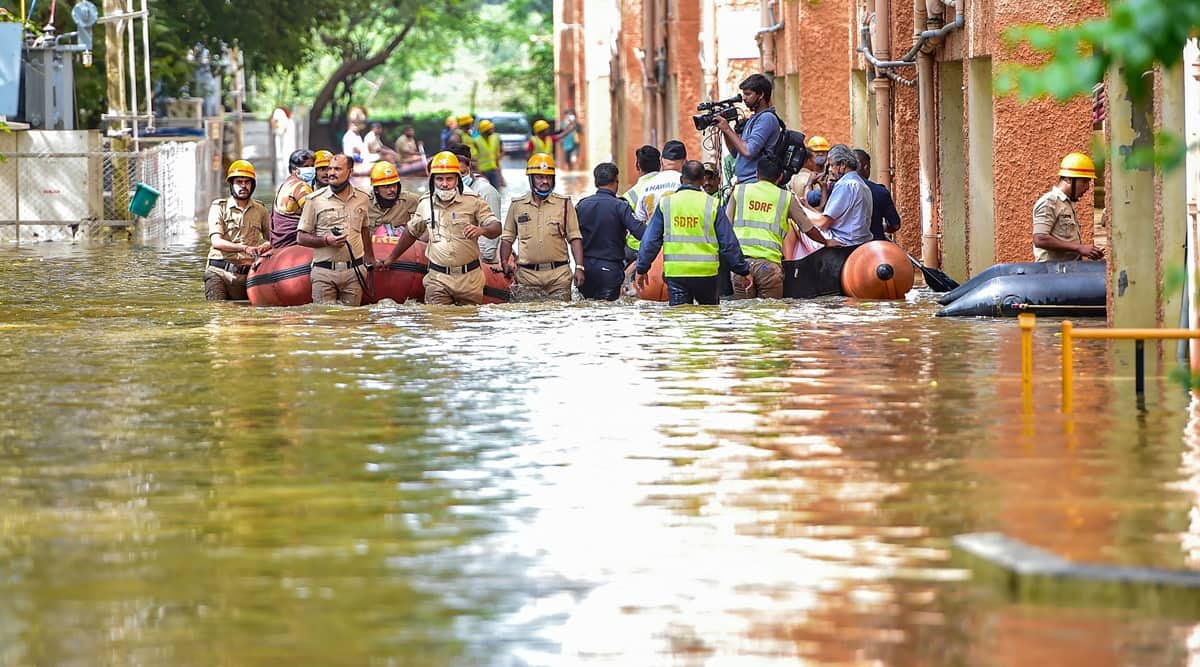 National Disaster Response Force (NDRF) personnel evacuate the residents of Kendriya Vihar from a flooded area due to overnight rain and a breach of adjacent Yelhanaka lake wall, in Bengaluru, Monday. (PTI)

Heavy rains in parts of Karnataka over the last week have driven up vegetable prices in Bengaluru with most vegetables now costing over Rs 50 per kg. The incessant downpour has also destroyed crops in several areas, reducing the quality of vegetables arriving in the market.

The vegetables in Bengaluru mostly arrive from Kolar, Chikkaballapur, Bengaluru Rural district, Ramanagara and Tumakuru, the districts affected by the recent rains.

Explained |Why Bengaluru neighbourhoods were flooded during recent rain

Speaking to The Indian Express, President of Dasanapura Kempegowda Market Traders’ Association Govindappa said, “The supply of vegetables to the market has reduced over the last four days due to the heavy rains in various districts around Bengaluru. If the rain continues, the prices will shoot up by up to 20 per cent in the coming days.”

According to the Karnataka State Disaster Management Centre, the rains during November 1-21 have caused extensive damage to agriculture and horticulture crops, resulting in huge losses across the state.

On Monday, Chief Minister Basavaraj Bommai visited Kolar district to assess the crop loss and instructed officials to transfer the compensation amount to the affected farmers’ accounts at the earliest.