Bangalore News Highlights July 28: Karnataka speaker K R Ramesh Kumar disqualified 14 MLAs from the Karnataka legislative assembly. The legislators who have been disqualified citing anti-defection laws as per the Tenth Schedule of the Constitution include 11 Congress MLAs and 3 JD(S) MLAs who had tendered resignations earlier this month, leading to a huge political crisis in the state.

READ| EXPLAINED: Why B S Yediyurappa’s new government is also not on safe ground

S T Somashekhar, a two-term MLA is from the dominant Vokkaliga community in south Karnataka and a follower of Siddaramaiah. He has nursed ambitions of becoming a minister since 2013 when Siddaramaiah was chief minister. He was made the chairman of the Bangalore Development Authority through his intervention. Somashekhar, who has interests in real estate, construction, civil contracts, and travel business, is a close associate of two other Congress MLAs from north Bangalore — Byrathi Basavaraj and N Munirathna, who were also disqualified today.

I congratulate the speaker on this historic decision. The disqualification of the 14 MLAs from ⁦Congress and JD(S)⁩ upholds the constitutional provisions of the 10th schedule,  KPCC president Dinesh Gundu Rao said.

R Roshan Baig, an eight-time MLA has been a minister on six occasions. He has served as home minister in the past and was the minister for urban development in the previous Siddaramaiah-led Congress government. Baig has been upset after being denied a position in the coalition ministry and has blamed Siddaramaiah for this. 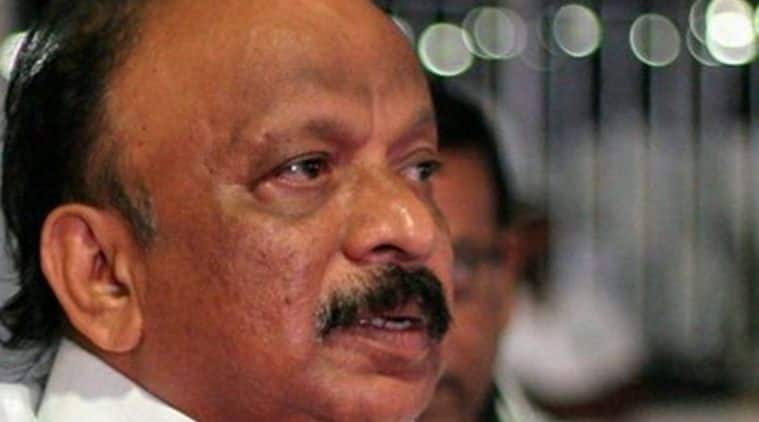 He was suspended by the Congress after the Lok Sabha polls for blaming Congress leaders, including Siddaramaiah, for the party’s defeat. Baig was tipped to join the BJP when he was linked to the multi-crore ponzi scheme scam propagated by the IMA Group and its founder Mansoor Khan. In a video message before he fled the country, Khan alleged that he suffered losses because Baig borrowed over Rs 400 crore and did not return it. An SIT probing the matter has called Baig for questioning on July 11. The Congress leader had declared wealth to the tune of Rs 19 crore in 2013 and Rs 36 crore in 2018. Baig is not among the MLAs in Mumbai. He is overseeing Haj arrangements in Bengaluru after being appointed state head of the Haj Committee by the Union Ministry for Minority Affairs.

Soon after the decision to disqualify 14 more MLAs was announced on Sunday, Karnataka Congress tweeted, "We welcome the verdict. The people's court will also punish these lawmakers for betraying their parties and their people by joining hands with the BJP to bring down the alliance government."

A four-time MLA and a former MP, Vishwanath belongs to the backward class Kuruba community. He was the state president of the JDS till a few days before his move to resign from the Assembly. Vishwanath earlier resigned as state party president, citing the party’s defeat in Lok Sabha polls, the failure of the coalition and the Congress’s “indifference”. He has been engaged in a tussle with fellow Kuruba leader Siddaramaiah ever since he helped the latter join the Congress around 12 years ago. Soon, Siddaramaiah assumed the mantle of the foremost leader of the Kuruba community and Vishwanath was sidelined. He joined the JDS in 2017 and was elected to the Assembly in 2018. In recent months, Vishwanath had grown disgruntled with the Vokkaliga-dominated section of the JDS over the way he was ignored in decision-making even in his own constituency. Vishwanath was seen with senior BJP leaders in Karnataka and Delhi ahead of his resignation. Although he was expected to quit, the veteran was not expected to be part of a group trying to topple the government. In the 2014 Lok Sabha polls, Vishwanath, who is also a writer, declared wealth to the tune of Rs 3 crore. Ahead of the 2018 state polls, he declared the same amount of wealth. He is one of three JDS MLAs parked in hotels in Mumbai along with seven Congress MLAs.

Pushed to 'depression' due to this episode: Speaker

Where have we reached? The way I am being pressurized to deal with the situation(recent political developments in Karnataka) being a speaker... all these things have pushed me into a sea of depression, Speaker Ramesh Kumar adds after announcing the disqualification of the MLAs on Sunday. Earlier last week, on June 25, the Speaker had three rebels Congress MLAs under the anti-defection law for anti-party activities, including association with the BJP to bring down the Congress-JD(S) coalition government. This brings the total number of disqualified MLAs in VIdhana Soudha to 17.

BREAKING| 14 MLAs have been disqualified from membership in #Karnataka Legislative Assembly "with immediate effect (from 28-7-19) till the expiry of the 15th legislative assembly of Karnataka": Speaker Ramesh Kumar @IndianExpress pic.twitter.com/k0QDlHU5iZ

Explained: Why Yediyurappa’s new government is also not on safe ground

The BJP’s party chief in Karnataka, B S Yediyurappa, took oath as the chief ministeras a consequence of his party defeating the Congress-JDS coalition in a trust vote on July 23. It is the second time that Yediyurappa has been invited to form the government in the 15th Karnataka Legislative Assembly elected in May 2018.

Earlier, the BJP leader whose party is the single largest in the legislature with 105 members was invited by the Governor to form the government in May 2018. The government lasted only for two days because Yediyurappa could not prove his majority in the 224 member house where the Congress-JDS combination mustered a superior number of 116. Read more
Governor administers oath to Yediyurappa

In an attack directed at the Karnataka Governor for inviting Yeddyurappa for forming government in the state despite not reaching halfway mark to prove majority Congress' leader Adv. VS Ugrappa during press conference, said, "BJP does not have the numbers to prove majority yet. The Governor continues to act like a BJP agent. The invitation extended by him to Yeddyurappa to form the government is unconstitutional. It is against the mandate given by the people of Karnataka."

Security arrangements have been beefed up ahead of Yeddyurappa's swearing-in Senior Congress leader and ex-MP VS Ugrappa will be addressing a press conference today at the Bengaluru KPCC Office at 1 pm. Ugrappa, who is a lawyer by profession on the behalf of Congress is likely to present legal issues on how BJP has been given a chance to form government without majority.

Yeddyurappa to take oath alone, or with small team

At today's oath-taking ceremony at 6 pm, it is likely that Yeddyurappa will be sworn in alone or along with a very small team. BJP leaders have indicated that it is unlikely that a full Cabinet will take oath today.

Soon-to-be-CM BS Yeddyurappa will need to prove majority in Assembly by July 31. He'll be swearing-in as CM today at 6 pm. BJP leaders indicate that Yeddyurappa is likely to take oath alone.

BJP leaders who were outside Raj Bhavan to meet the Governor said, "Got a phone call from Delhi and a final nod from Amit Shah to go ahead leading to the same." The meeting is underway and Bengaluru City Police Commissioner Alok Kumar is also attending the meet.

Former CM and Karnataka BJP President B S Yeddyurappa has confirmed that he would be meeting with Governor Vajubhai Vala at 10 am to stake claim to form the government and added that he would also urge for the oath-taking ceremony to be held today.

Dinesh Gundu Rao on Karnataka crisis: ‘This was a Rs 1000-crore operation…it has been going on for a year’

Karnataka Congress chief Dinesh Gundu Rao talks to The Indian Express on the fall of the coalition government and the road ahead for the party in the state. "In the last year, we could not regroup and take issues to people because of various problems, the Lok Sabha elections, the dissidence. We have a voter base here, we have support," says Rao. Read the full interview

Meanwhile, Bengaluru Police filed an FIR against a Facebook page administrator after city mayor Gangambike Mallikarjun alleged that it was being used to spread fake news against her. According to the complaint handed over to City Police Commissioner Alok Kumar on July 20, the mayor alleged that ‘Modi Bhakta’, a Kannada Facebook page, was running a “misinformation campaign” that she is against the setting up of Ganesh pandals on roads.

Its been three years since Karnataka took a step forward to ban single-use plastics but the implementation has been tardy. On March 2016, the Karnataka government had banned the manufacture and the sale of thermocol and microbeads. However, the ban has been circumvented as plastic is easily manufactured and available in the market.

READ: Bengaluru’s ban on plastic and why it is tough to implement

Earlier in the day, Supreme Court had adjourned till Wednesday the hearing on a plea filed by two Independent Karnataka MLAs, seeking holding of the floor test “forthwith” in the state Assembly.