Polling concluded at 14 Lok Sabha constituencies from Karnataka, as the third phase of Lok Sabha elections took place in 15 states and 2 union territories today. The other 14 from the state had gone to the polls on April 18, recording 61.84% poll percentage

An average of 61.77% voters turned up in 14 Lok Sabha constituencies of North Karnataka to pick an MP on April 23.

Six Kannadigas including JD(S) workers from Bengaluru and adjoining districts are confirmed killed in the serial blasts in Sri Lanka on Easter Sunday. Two members are still missing.

Chief Minister H D Kumaraswamy confirmed that six Indians killed in the attacks are workers of his party and External Affairs Minister Sushma Swaraj, in a tweet, confirmed death of two more Kannadigas.

Condemning the attack, HD Kumaraswamy tweeted, “I am deeply pained at the loss of our people in the Colombo attacks. Karnataka Chief Secretary is in constant touch with the Indian High Commission.”

The remaining 14 out of total 28 Lok Sabha seats in Karnataka went to polls in the third phase of polling for the Lok Sabha elections on 23 April.

An average of 61.77% voters turned up in 14 Lok Sabha constituencies of North Karnataka to pick an MP on April 23.

Shivamogga tops the chart with the highest voter turnout (68.65%), Here are the estimates:

Light to moderate rain is forecast for North-East Karnataka where polling for Lok Sabha elections is underway. 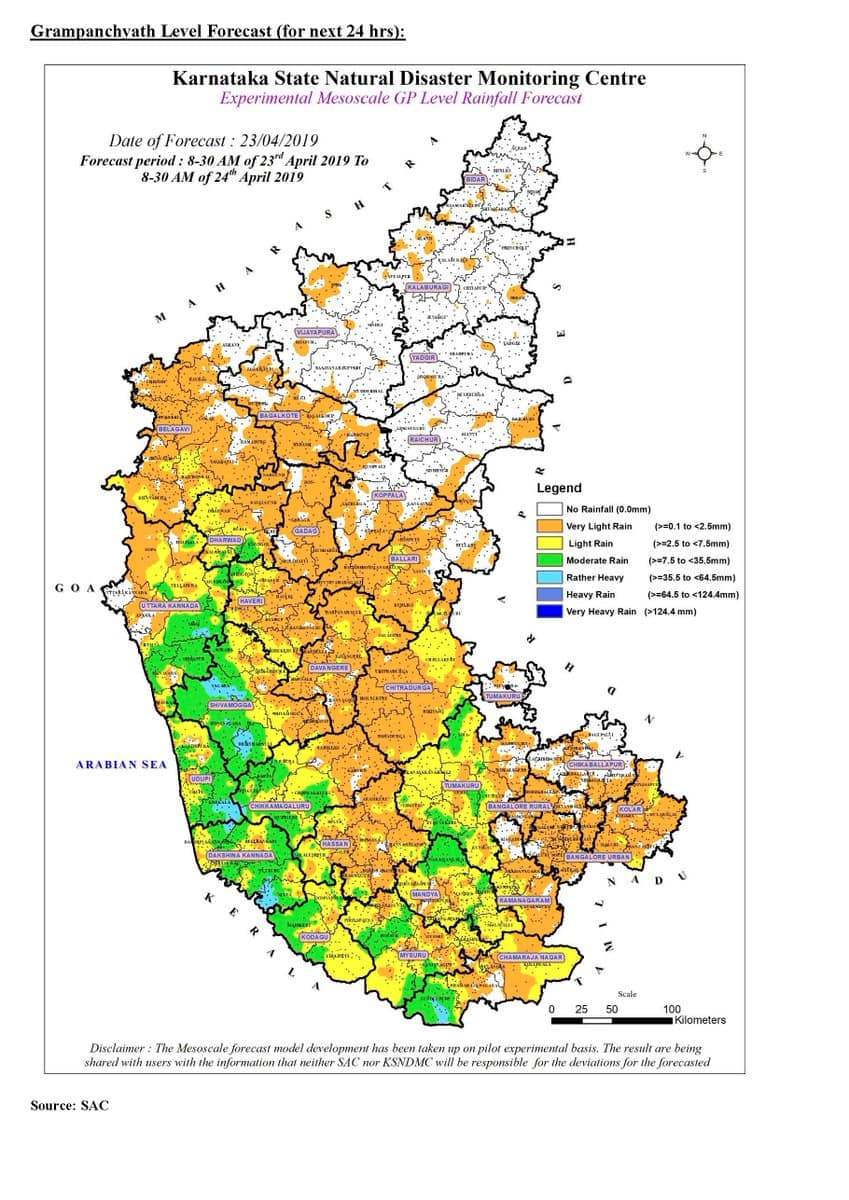 Pedestrians get their space on Bengaluru's Kalasipalya road

BJP Karnataka has filed a complaint with the Chief Election Officer of Karnataka against senior Congress Leader and party candidate for Kalaburagi  Mallikarjun Kharge for entering polling station along with his wife and casting votes together in the voting compartment. 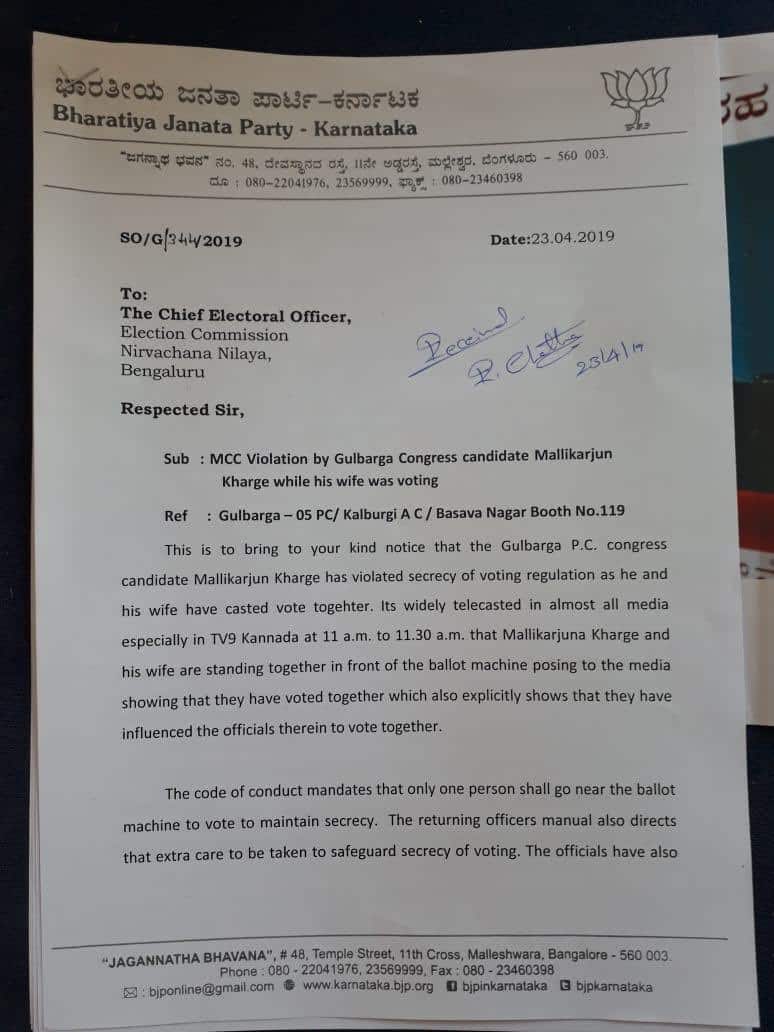 The Indian High Commission in Colombo confirmed Tuesday that two more Indians were killed in the Sri Lanka bomb blasts, taking the toll of Indian nationals to 10. The two deceased were identified as A Maregowda and H Puttaraju, workers from the JD(S) party in Karnataka who were declared missing on Monday.

Singapore based Scoot Airlines flight from Bangalore to Singapore was delayed for more than 10 hours overnight on April 23 due to a security threat, arising out a false statement made by a foreign national on the flight.

Priyank Kharge and his wife Shruthi Kharge casts their votes

The last 5 years have been the worst for the aspiring youth of India. It is time to get rid of lies,viciousness,false narratives,false hopes & reclaim our future. Time to be the change.
Vote for equality & harmony.

Ratna Prabha has joined the BJP at a public rally in Kalaburgi, North Karnataka recently. An IAS officer of 1981 batch, Prabha was appointed the Chief Secretary in the state during the Siddaramaiah-led Congress government in 2017.

North Karnataka voting pattern seems to be much better than South..at this point of time..

Two-time MP from Uttara Kannada Anant Kumar Hegde has cast his vote with his wife Sriroopa at Karwar.  The BJP candidate is confident of a hat-trick win

As Lok Sabha elections are in progress in 14 constituencies of North Karnataka, voter turnout has reached 21.05% (till 12 noon).

In what is seen as a noble yet responsible gesture, a Taluk panchayat officer chose to bring specially abled voters to the polling station in an autorickshaw driven by himself.

The officer has been identified as D. Mohan, Panchayat Executive Officer.

Weather at 10 am in Bangalore:  28-degree celsius Notably, polling is underway in 117 constituencies across the nation - the most lined up in the seven-phased elections this time.

Four JD(S) workers from Karnataka were killed in the serial blasts that ripped through Sri Lanka on Easter Sunday. Chief Minister H D Kumaraswamy confirmed on April 22 that four of the five Indians killed in the attacks are workers of his party, and that three others are missing.