Work has been suspended at the 43-acre plant and police has beefed up security in the area. Most of the shop owners in the industrial area have also shut shop fearing trouble. 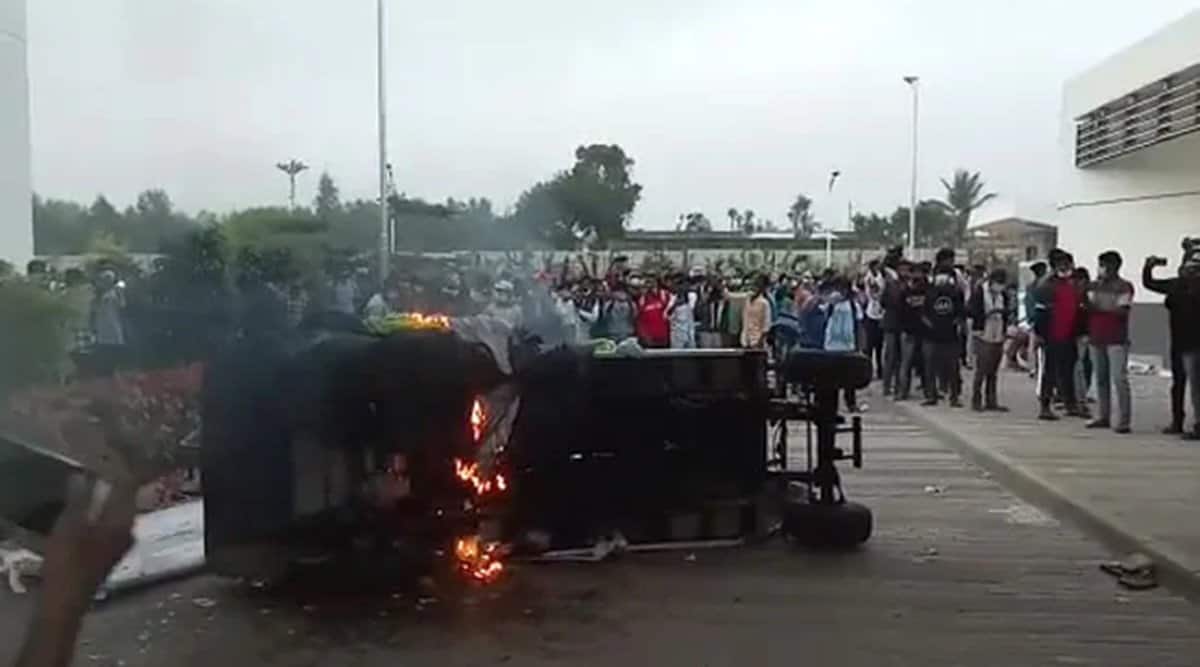 Violence broke out during a change of shifts at the plant over the non-payment of promised wages, local officials said (File)

Wistron Infocomm Manufacturing India Pvt Ltd has said it suffered losses worth Rs 437.70 crore in the violence where a section of workers went on a rampage at its facility manufacturing Apple iPhones and other products in Bengaluru’s Narasapura area over non-payment of promised wages.

According to the complaint by Wistron company executive Prashanth TD, office equipment, mobile phones, production machinery and related gadgets worth Rs 412.5 crore was lost. Infrastructure worth Rs 10 crore, Rs 60 lakh worth cars and golf carts, smartphones and other gadgets worth Rs 1.5 crore were among those that were damaged, were stolen or lost.

He stated in his complaint that 5,000 contract labourers and about 2,000 unknown culprits carried out the vandalism in the facility. According to police, a clear picture regarding the total loss will emerge only after assessment by the insurance company.

Superintendent of Police (SP) Karthik Reddy said 160 people had been arrested so far. Police said the arrests were being made based on CCTV footage and after checking the list of workers in the shift to ascertain the culprits.

Violence broke out during a change of shifts at the plant over the non-payment of promised wages. Work has been suspended at the 43-acre plant and police has beefed up security in the area. Most of the shop owners in the industrial area have also shut shop fearing trouble.

Speaking to indianexpress.com, KV Suresh Kumar, president of state unit of Unorganised Sector Workers’ Union said, “This is an unfortunate incident and also there seems to be a total lack of coordination between the Labour department and the manpower supply agency. There are many factories coming up this year and the government should take care of the needs and security of employees of the factories”.

Apple said it was dispatching additional team members and auditors to the facility. “Apple is dedicated to ensuring everyone in our supply chain is treated with dignity and respect. We have teams on the ground and immediately launched a detailed investigation at Wistron’s Narasapura facility in India. We are also dispatching additional Apple team members and auditors to the facility. Our teams are in close touch with the local authorities and we’re offering our full support to their investigation,” it said in a statement.

The Taiwan-headquartered technical service provider company opened the Kolar plant last year with an initial investment of Rs 680 crore. It operates as a service centre and manufacturing centre for products including iPhone, and employs around 3,000 workers. The company is looking to invest nearly Rs 3,000 crore more to expand the facility, and aims to provide employment to 9,467 local people when the second phase of the plant is complete.