Investigations are being carried out by ED to find out how Sriki and associates used funds obtained after hacking the accounts of bitcoin holders and from hacking national and international websites by creating fake documents and stealing information. 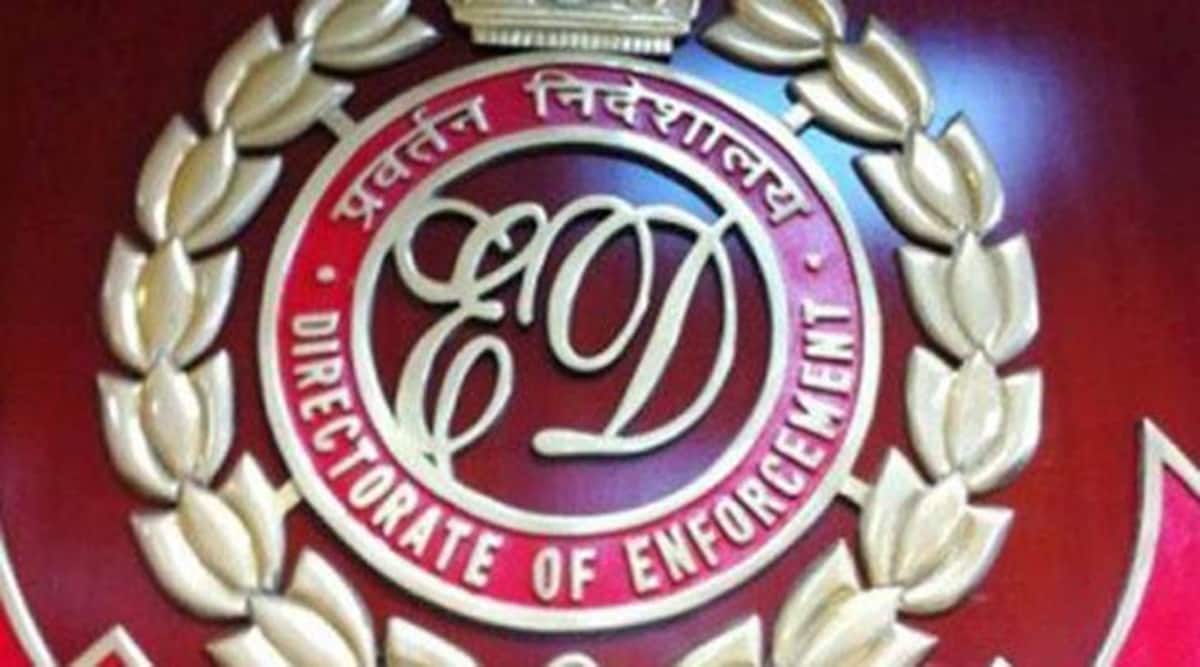 This came hours after Jharkhand BJP conducted a press conference and said CM Hemant Soren appears to be “in tune” with corrupt officials. (Representational image)

The Enforcement Directorate (ED) is investigating illegal wealth earned by a 25-year-old hacker involved in multiple cybercrimes in Bengaluru – including the siphoning of Rs 11.5 crore of funds from the e-procurement cell of the Karnataka e-governance centre last year.

The 25-year-old hacker Srikrishna Ramesh alias Sriki has been questioned over the last few days by the ED in connection with a case registered earlier this year by the agency into the alleged hacking of accounts of bitcoin holders between 2018 to 2020, and the encashment of the bitcoins by the hawala route after sale to third parties.

The ED has taken up the investigation of alleged money laundering by the hacker Sriki and four other associates based on cases registered by the Bengaluru cyber crime police and the city’s central crime branch police last year into the alleged hacking of bitcoin accounts and websites.

Earlier, in August, the ED had reported attachment of Rs 1.44 crore of funds parked in the account of a UP firm Nimmi Enterprises from the Rs 11.5 crore that was stolen by hacking the Karnataka e-procurement cell in 2020.

Investigations are being carried out by ED to find out how Sriki and associates used funds obtained after hacking the accounts of bitcoin holders and from “hacking national and international websites by creating fake documents and stealing information,” sources said.

Since 2018, Sriki and his associates have extorted funds from companies and individuals by holding out threats to destroy crucial data accessed by hacking and have amassed “wealth by selling bitcoins illegally and hacking reputed websites,” the ED informed a local court six months ago.

Incidentally, Rs 6 crore allegedly stolen from the Karnataka e-procurement cell, after the funds were accessed through hacking by Sriki and associates, has not been found yet.

There has been speculation that the hacking activities of Sriki were not restricted to websites and computer servers in India, but extended to foreign countries and that foreign agencies could also be interested in pursuing investigations against the hacker. The police sources in Bengaluru said they had written to central agencies in the country to probe the hacking activities of Sriki.

The hacker is accused of multiple crimes in Bengaluru ranging from the purchase of drugs via the darknet using bitcoins, theft of bitcoins, hacking of dozens of poker gaming sites, cheating people by promising cryptocurrency profits and also in a 2018 case of assault with a politician’s son.

“During the money-laundering investigation, it is revealed that a hacker namely Srikrishna alias Sriki had hacked the portal of the Centre for E-Governance, Government of Karnataka and funds to the tune of Rs 10.5 Crore and Rs 1.05 Crore were diverted to bank accounts of NGO, M/s. Uday Grama Vikash Sanstha, Nagpur and a proprietorship, M/s. Nimmi Enterprises, Bulandshahar, Uttar Pradesh respectively,” the ED said in August regarding its probe into the e-procurement cell hack.

The funds stolen from the account of the Karnataka e-procurement cell were laundered into other bank accounts in the guise of business transactions and loans and was eventually transferred to the main gang in Bengaluru through hawala transactions, the ED probe has found.

Srikrishna, who has done computer courses in Europe, was arrested in November 2020 after some of his associates allegedly went to a post office in Bengaluru to collect a parcel of ganja. In the drug case, Srikrishna is accused of transferring funds to a friend Robin Khandelwal, who ran a Bitcoin trading service, to purchase drugs on the darknet. Following the arrest in the drug case, the Bengaluru police found Srikrishna was involved in multiple other crimes in the city. A CID cybercrime cell probe that was in progress at the same time into the e-procurement cell hacking also unearthed technical evidence linking Sriki to the crime, sources said.

The bitcoins that were reported to have been recovered based on the information given by Sriki could not be accessed by the Bengaluru police, sources said. The hacker misled crime branch officials into believing he had access to bitcoins that were actually in exchange and not in his possession and this led to the claim of the recovery of bitcoins from Sriki, police sources said while denying speculation of diversion of the bitcoins found with the hacker.

The Bengaluru Central Crime Branch police filed a chargesheet against the hacker and his associates in March this year over the alleged hacking of accounts of Bitcoin holders and national, international websites.

The computer hacking skills of Sriki have allegedly been used by affluent gangs in Bengaluru – including some close associates and kin of political leaders in the state, to carry out online crimes – since around 2015, police sources said.

In one of the cases, the director of an online gaming company Pacific Gaming Pvt Ltd, Arvind Balakrishna, has alleged that Sriki’s gang had stolen data from two online gaming brands operated by the firm – Casino 143 and Poker Saint – causing huge losses to the firm.

In another case, the owner of a gaming firm Baazi Networks Private Ltd, Puneet Singh, alleged that the hacker and his gang hacked the gaming firm to obtain KYC information of customers and illegally transferred Rs 70 lakh to the account of a company called Infizy IT Solutions Private Limited.

“Much of the hacking was being done at the behest of people using his skills for their own profit. He is a highly skilled operator and was considered an asset by his controllers,” said police sources.

On Wednesday, the former Karnataka chief minister Siddaramaiah claimed on social media that there is an alleged attempt to close cases “in the drugs & Bitcoin scam”.

“There is information about the involvement of influential politicians of Karnataka in the drugs & Bitcoin scam. It is concerning that the investigating officers are trying to close the case to help those politicians,” the former CM said in an apparent reference to cyber crimes linked to the hacker Sriki.