The men from Vokkaliga community stopped Uday's vehicle and allegedly assaulted him after tying him to a tree. 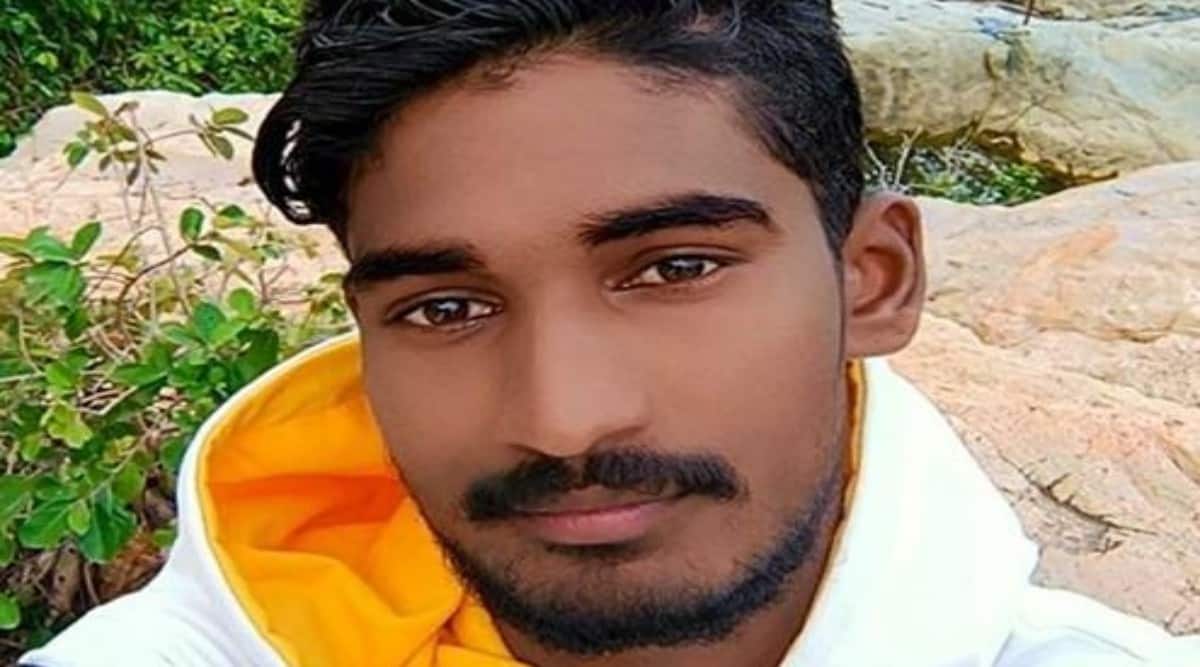 According to Nangali police, Uday was heading to Byrakur, 3 kilometres from his village, on a two-wheeler to buy groceries on November 30. (Express sourced)

A 22-year-old Dalit man in Karnataka allegedly died by suicide after he was tied to a tree and assaulted by ‘upper caste’ men for overtaking their vehicle on his motorcycle, police said. The man who belonged to the Adi Karnataka community, categorised as Scheduled Caste (SC), was found dead a few hours after the incident on Wednesday, they said.

The police identified the deceased as Uday Kiran, a resident of Bevahalli in Mulbagal town of Kolar district, 110km away from Bengaluru. He was the son of Venkateshappa but was being raised by Nagaraju, a grama panchayat member.

The police officials have named Raju, Shivaraj, Gopal Krishnappa and Munivenkatappa, all from Vokkaliga community, as accused and they are at large. They have booked the accused under various sections of SC and ST (Prevention of Atrocities) Act and Indian Penal Code.

According to Nangali police, Uday was heading to Byrakur, 3 kilometres from his village, on a two-wheeler to buy groceries on November 30. During his ride, Uday overtook one of three motorcycles driven by the accused who were allegedly under the influence of alcohol, they said.

“This had enraged them. Upon reaching Baikuru, the men stopped Uday’s vehicle and allegedly assaulted him and confiscated his motorcycle and mobile phone. They asked him to bring the elders of his family and took his bike to Petthandlahalli, which is located between Bevahalli and Byrakur,” an officer said.

Uday took a shared autorickshaw to Petthandlahalli and requested the men to return his mobile phone and bike. The accused then tied up Uday to a tree and assaulted him.

“On learning about the incident, Nagaraju, the grama panchayat member, went to Petthandlahalli and brought Uday home by 8.30 pm. Upon reaching home, Uday left the house stating he would return. However, when he did not return back after 10 pm, the family went in search of Uday and found his body hanging in a tree in a farmhouse,” the FIR stated.

Nagaraju, who had asked Uday to buy groceries, told The Indian Express that the accused were driving haphazardly on the road and Uday had tried to overtake them multiple times but could not. “But at some point, he had overtaken them which made them furious and confiscate his bike and mobile phone. He was beaten up before the villagers, which had really put him to humiliation. Uday had completed Class 12 (2nd PUC) and was involved in agricultural activities. He was a pillar of my family,” said Nagaraju.

According to Nagaraju, Bevahalli panchayat has a population of about 1,300 where the majority of them belong to Vokkaliga community and there are about 30-35 houses belonging to Scheduled Caste community.

After Xi’s coronation, a roar of discontent against his hard-line politics