"Priority is given to those who need to get the second dose and to those above 45 years of age. Those between 18 and 45 will be provided with the vaccine once there is an adequate supply of vaccine," Gupta said. 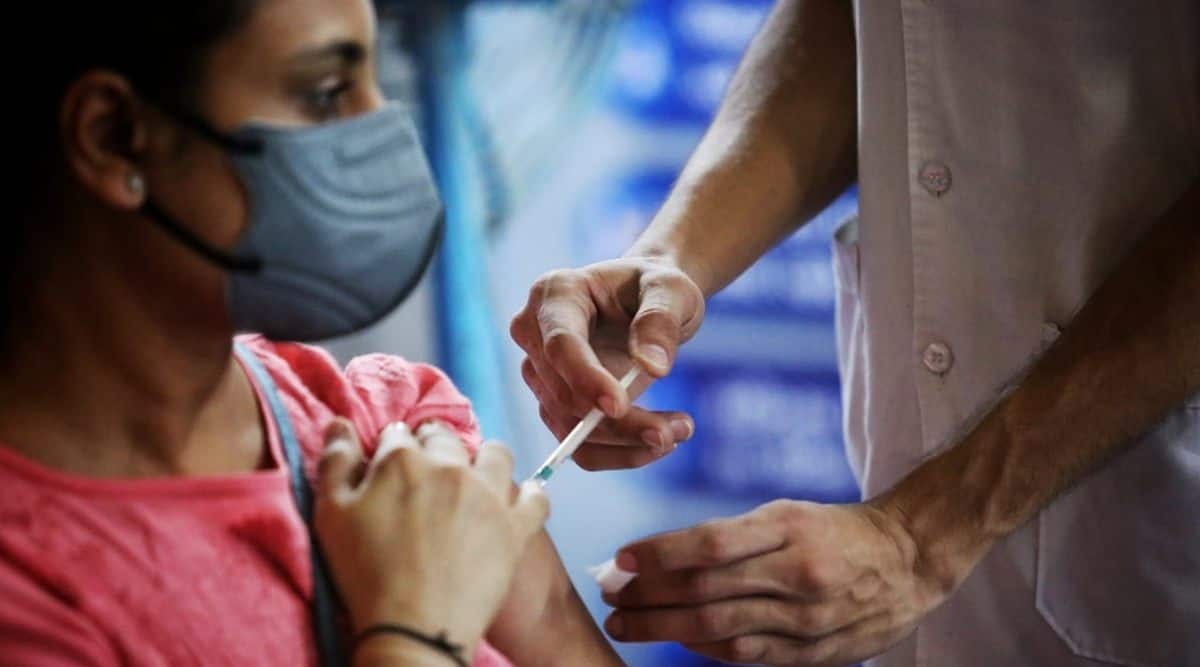 This move will allow imports of shots developed by Pfizer, Johnson & Johnson and Moderna with which India has been in talks with little success. (File)

BBMP Chief Commissioner Gaurav Gupta Wednesday admitted that the Karnataka capital was facing a shortage of vaccines explaining that this had led to the civic body prioritising jabs for those in need.

“Priority is given to those who need to get the second dose and to those above 45 years of age. Those between 18 and 45 will be provided with the vaccine once there is an adequate supply of vaccine,” Gupta said.

He added that there is an adequate vaccine storage facility in the city but the vaccine is distributed only according to the supply. He urged all citizens to pre-register on the CoWin portal and visit the vaccine centres only after the schedule is fixed. This will prevent a large gathering at the vaccination centres. In addition, as there is a vaccine shortage at a few vaccine centres at private hospitals, vaccination drive is being carried out in only some hospitals. The state needs 3 crore vaccines and the demand for the same has been submitted according to the city’s population, he explained.

There is no shortage of testing kits and laboratories in the city, the Chief Commissioner said he has issued a directive that people with symptoms, and their primary contacts, and others who have come in close contact with them must be tested immediately.

According to BIAL officials, the centre will include a pharmacy, pathology unit, nurses’ station, restrooms and a dining area. While suitable drinking water facilities and visitor areas will be set up, an ambulance is planned to be on standby 24×7 to cater to emergencies. The centre will also ensure safe disposal of waste, including bio-waste.

“An eminent panel of doctors, including Dr Naresh Shetty, Dr Nandakumar Jairam and Dr Alexander Thomas, would provide technical assistance in the functioning of the Centre. All staff, including doctors and nursing support, would be provided by the Karnataka government. The initiative is funded by Fairfax Financial Holdings Limited, through its subsidiary Fairfax India Holdings Corporation. The Canada-based group has committed US$5 million (Rs 37 Crore) to provide COVID-19 relief in India,” a BIAL spokesperson said.

Bengaluru: BBMP appoints nodal officers for each WDC across 198 wards

Bengaluru’s local civic body the BBMP Wednesday officially appointed 198 nodal officers, one each per ward within the city.

As per the order issued by BBMP Chief Commissioner Gaurav Gupta, the nodal officers have been directed to ensure the setting up and function of Decentralised Triage and Emergency Response (DETER) set up in each ward.

(DETER) Committees were formed by the Karnataka government, overseen by BBMP, to manage the pandemic at the local level.

The Karnataka government Wednesday decided to postpone the Common Entrance Test — the gateway for admission to undergraduate engineering, technology, yoga and naturopathy, farm science and pharma courses — in the wake of the ongoing second wave of the coronavirus pandemic.

“We have decided to postpone KCET 2021 in the wake of the annual exams for second-year pre-univeristy students being postponed due to the surge in Covid-19 cases in the state,” Deputy CM C N Ashwathnarayan said.

Earlier last week, the government had announced that II PU board exams will be held at a date announced later. The state had initially planned to hold theory examinations from May 24 to June 16.

The Karnataka Department of Health and Family Welfare Wednesday linked 527 more deaths in the last few days to Covid-19, as the death toll rose to 20,368 since March 10 last year. The daily test positivity rate was observed to be at 29.67 per cent from across the state in the last 24 hours.

Meanwhile, 34,752 people recovered from the infection on Sunday and another 88,437 people were inoculated. However, only 22,506 people from the age group 18 to 44 were inoculated on Wednesday, as per government data.

A day after BBMP announced that 28 walk-in triage centres and CCCs, one in each assembly constituency, will begin operations to assist Covid-19 patients, it announced that 11 CCCs in the city have been established so far.

While a total of 1,635 beds have been made available at these CCCs, beds can also be booked online via the Central Hospital Bed Management System portal apart from walk-ins, BBMP officials clarified.

“Patients using the walk-in facility will be first evaluated at the triaging centre by the doctors available and then admitted to the CCCs,” a BBMP statement read.