The College Development Committee (CDC) said girls are not allowed to wear the hijab in the corridor and classrooms. 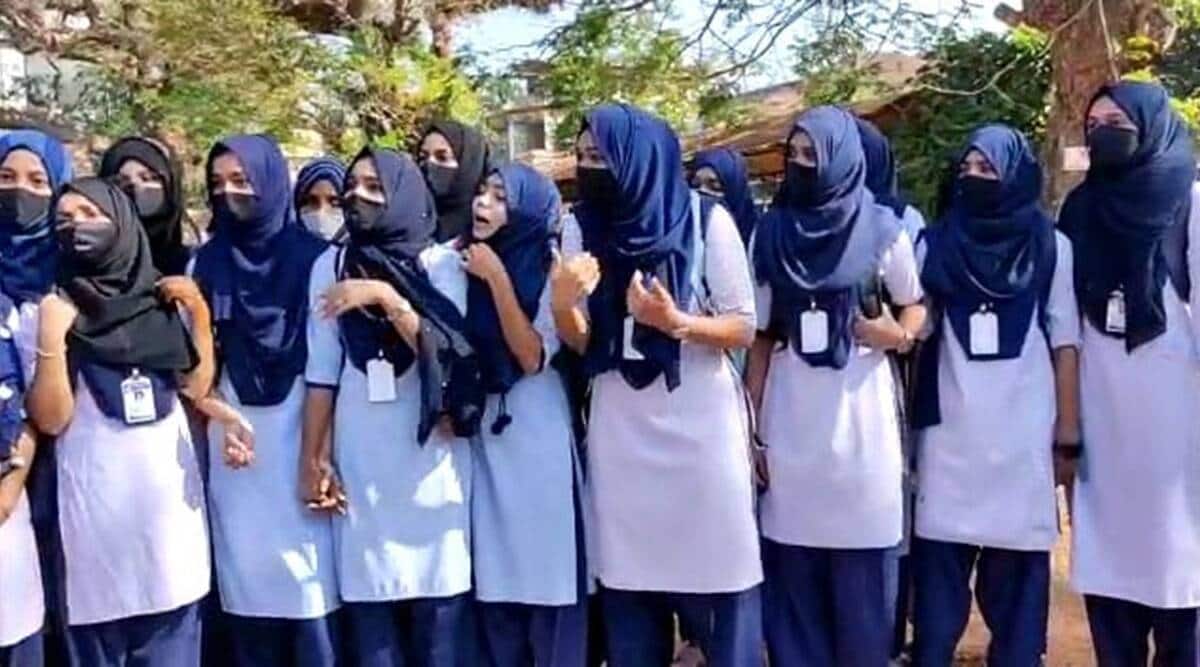 Last week, the same college, which is affiliated to Mangalore University, suspended six girls for two days for wearing the hijab. (File)

The Government First Grade college in Uppinangady suspended 24 girl students till Saturday after they wore the hijab in classrooms Monday. Sources said the authorities issued an order to comply with the college uniform, but the girls insisted on wearing the hijab.

The College Development Committee (CDC) said girls are not allowed to wear the hijab in the corridor and classrooms. A college official said, “Yesterday, the girls created a lot of problems in the college by violating uniform rules multiple times despite the CDC and High Court order directing them to wear uniforms. The teachers had a tough time convincing them and they were not ready to listen. Finally, the college principal consulted all the teachers and decided to keep the girls away from classes for four days. The CDC has clearly said that the hijab will not be allowed in classes and the corridor. If the girls still violate the rules, we have no choice but to take strict action.”

The official added, “We called the parents to the institute several times and convinced them about the rules pertaining to uniforms. Although the parents did not have any problem with the decision of the CDC, the children are hellbent on wearing the hijab. The teachers are exhausted from trying to convince the students about the need to comply with the dress code.”

Last week, the same college, which is affiliated to Mangalore University, suspended six girls for two days for wearing the hijab. The decision came after a group of boys staged a protest demanding a ban on the hijab. A section of girls also staged a pro-hijab protest.

As per the prospectus issued by the college, girls were earlier allowed to wear the uniform shawl as a headscarf. However, after the protest by a group of boys and following the Karnataka High Court order of March 15, the college decided to tighten the rules and make adherence to the dress code compulsory on the campus.