Undertaken on a pilot basis, the rapid road project paves five-foot-wide, two-foot-long, and 7-inch-thick concrete slabs on the road and is seen as an alternative to white-topping. 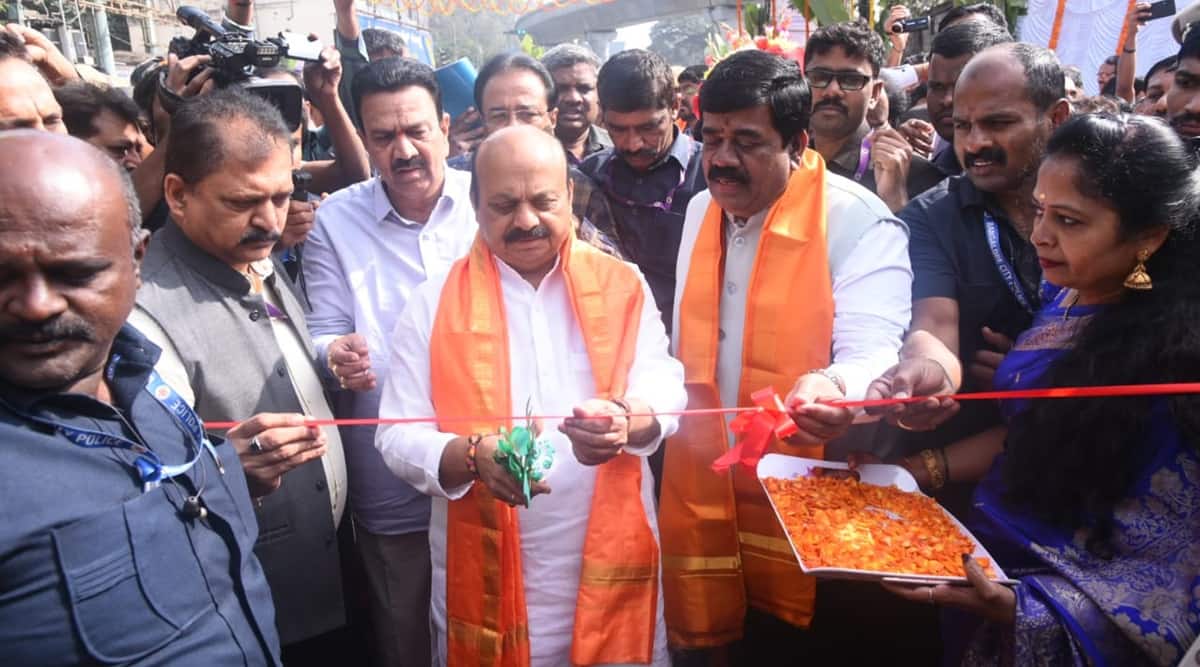 The construction was carried out by the civic body Bruhat Bengaluru Mahanagara Palike (BBMP) under a pilot project starting November 23.

Addressing the media, the chief minister said: “Rapid road technology is faster than white topping. The new technology’s feasibility will be studied. The BBMP has to work on reducing its cost. Compared to white topping, the cost of the rapid road is more. This technology involves laying precast concrete slabs and joining each of them. This pilot project which has been inaugurated today will be observed for the next 15 days.”

“White topping of roads in areas which face huge traffic is a concern because traffic has to be diverted while the construction is underway and wherever white topping has been done, there is also the question of damage to utilities. I have sought a detailed report on… cost-effectiveness. Twenty tonnes of weight can pass on this stretch of road and it will still last 40 years. After studying all the aspects, we will decide on implementing the rapid road work technology in other parts of the city,” Bommai added.

Undertaken on a pilot basis, the rapid road project paves five-foot-wide, two-foot-long, and 7-inch-thick concrete slabs on the road and is seen as an alternative to white-topping (covering of an existing road with a layer of portland cement concrete).

BBMP officials said the cost of this technology is 20-25 per cent more than that of white topping. The cost also includes the transportation of the slabs from the factory to the site. While it costs Rs 7.5 crore to white-top one km of road, it would cost Rs 9.3 crore under the new method, they added.