The BJP government has justified the curbs as the result of a rule introduced in 2002, during the Congress’s tenure, to bar non-Hindus from running shops in temple premises. 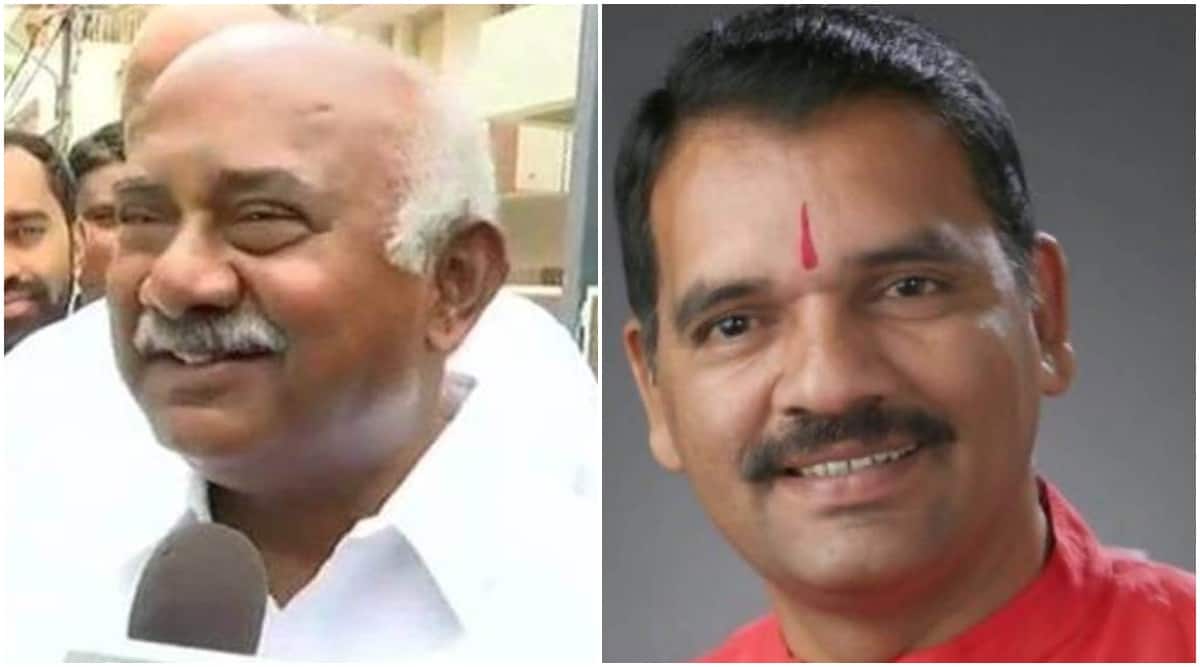 In the first instance of dissent within, two legislators of the ruling BJP in Karnataka have termed as “wrong”, “undemocratic” and “madness” the restrictions being placed on Muslim traders from participating in temple festivals in parts of the state at the behest of pro-Hindutva groups.

The remarks by A H Vishwanath, an MLC, and Anil Benake, an MLA, came in the wake of some temples in Udupi and Shivamogga barring Muslim traders from participating in the festivals following demands by groups like VHP, Hindu Jagarana Vedike, Bajrang Dal and Sree Rama Sene. Such calls are now being raised in other parts of the state as well.

The BJP government has justified the curbs as the result of a rule introduced in 2002, during the Congress’s tenure, to bar non-Hindus from running shops in temple premises.

“This is all madness. No God or religion preaches these kinds of things. Religions are inclusive and not exclusive. The state government must intervene. I don’t know why the government is mum over this issue,” Vishwanath said in his home district of Mysuru on Sunday, adding that the move was “undemocratic”.

“I cannot understand on what basis they are targeting Muslim vendors and businesses. This is a very sorry state of affairs. The government must take action or there will be a reaction from the people,” Vishwanath said.

Vishwanath is a former Congress minister and ex-state president of JD(S). The veteran OBC leader switched to the BJP in 2019 to help the party and its leader B S Yediyurappa come to power in Karnataka. He was denied a Cabinet berth after failing to get elected to the state legislature but was nominated to the council.

Vishwanath is known as a Kannada writer and novelist as well. He left the Congress after falling out with fellow OBC leader and former C M Siddaramaiah when the party was in power between 2013 and 2018.
Benake, the MLA from Muslim-dominated Belagavi North constituency, said he was not in favour of the restrictions on Muslim traders.

“There is no question of imposing restrictions during temple festivals. If people impose restrictions, there is nothing that we can do. We will, however, not allow these things to happen. It is wrong to say that people should purchase only in some stores and not in other stores. Under the Constitution, everybody has equal rights. Anybody can conduct business anywhere and people must decide where they want to buy from, that is all. We will not impose restrictions,” he said.

A Maratha leader, Benake is an outspoken legislator who criticised restrictions placed on the movement of people during the Covid lockdown last year. He was booked for violating some of those restrictions earlier this year.

The constituency represented by Benake has a sizable number of Muslim voters and he is a first-time MLA from the seat. The constituency, which came into existence in 2008, elected Feroze Sait of the Congress in 2008 and 2013 before Benake registered a narrow win in 2018 on account of a split in Muslim votes between various candidates from the community.

Israeli-Arab summit convenes, US seeks to reassure allies on Iran