A health worker collects swab sample of a passenger for Covid-19 test at K R Market, during the weekend curfew imposed by the Karnataka government to curb the spread of Covid-19, in Bengaluru, Sunday, Jan. 16, 2022. (PTI Photo/Shailendra Bhojak)

Bengaluru News Highlights: Karnataka on Saturday recorded 33,337 fresh Covid-19 cases along with 70 related deaths. Bengaluru alone clocked 16,586 fresh infections and 13 deaths. The test positivity rate in the state stands at 19.37 per cent. There are 2,52,132 active Covid cases in the state.

The Karnataka government on Saturday announced that it will lift night curfew and other restrictions based on the report of the Technical Advisory Committee (TAC). The government has also allowed schools to operate offline for classes 1-9 in Bengaluru city. Speaking to the media, Revenue Minister R Ashok said the night curfew has been withdrawn from January 31 owing to the increase in recovery rate. “The recovery rates are increasing and the severity is less this time. Public transport, pubs, restaurants, government offices can operate at full seating capacity,” he said.

The Muthanallur lake, spread over 600 acres and home to several bird species such as the Indian spot-billed duck, great cormorant, Indian cormorant and the little cormorant, is one of the largest in Bengaluru Urban district. Till a decade ago the lake could boast a good water quality, but it’s on the decline now, local residents lament.

“Water from the lake has always been used for irrigation. It is sad to see the decline. With the increase in urbanisation, unfortunately the Muthanallur lake is paying the price,” said Veeresha Kumar, a local resident. Read More

Karnataka: CM asks officials to spread Grama One across state

Karnataka Chief Minister Basavaraj Bommai has instructed officials to take all necessary measures to extend his ambitious programme ‘Grama One’ all over the state before the end of February. The programme was launched by Bommai on January 26.

The Karnataka government’s ambitious initiative seeks to eliminate middlemen and provide various departments’ services in the rural areas of 12 districts. These centres will be similar to Bangalore One and Karnataka One centres. Read More

Karnataka on Saturday recorded 33,337 fresh Covid-19 cases along with 70 related deaths. Bengaluru alone clocked 16,586 fresh infections and 13 deaths. The test positivity rate in the state stands at 19.37 per cent. There are 2,52,132 active Covid cases in the state.

Karnataka Health Minister K Sudhakar on Saturday said that the 'Covid Lasika Express' has been doing great work in reaching Covid vaccines to the remotest of places in rural Karnataka. He further congratulated the officials, healthcare workers and other personnel involved in the initiative.

Covid Lasika Express has been doing great work in reaching Covid vaccines to the remotest of places in rural Karnataka. Congratulations to all officials, healthcare workers and other personnel involved in this initiative.#COVID19 #LasikaExpress pic.twitter.com/th3KgsysVl

Karnataka Chief Minister Basavaraj Bommai on Saturday directed officials to ensure that the 'Grama One' project, which he had launched on January 26, is implemented across the state before February end. The scheme, which was launched on the Republic Day on January 26, is aimed at providing a host of services under one roof.

The Chief Minister has written to officials of e-governance, Rural Development and Panchayat Raj (RDPR), Revenue department and the deputy commissioners of all the districts in this regard, a statement issued by his office said. He said he would personally hold weekly meetings to review the progress of implementation of 'Grama One' with Grama One operators, Tahsildars and deputy commissioners of the districts.

According to the statement, Bommai instructed the officials for speedy disposal of petitions received at 'Grama One'. In case of rejecting petitions, the officials have to mention the reasons. Further, the deputy commissioners and senior officials of the departments concerned should review the petitions rejected and initiate disciplinary action if the petitions are rejected erroneously. (PTI)

Speaking at a meeting to review the functioning of Food Karnataka Limited, he instructed the officials to oversee issues related to land acquisition, equity and infrastructure for setting up food parks in Bagalkot, Hiriyuru, Maluru and Jewargi.

A decision would be taken on providing a 26 crore grant for Food Karnataka Limited to set up food parks after examining the proposal with the finance department, Bommai said.

The Karnataka government on Saturday announced that it will lift night curfew and other restrictions based on the report of the Technical Advisory Committee (TAC). The government has also allowed schools to operate offline for classes 1-9 in Bengaluru city.

The other guidelines issued are:

The Karnataka government on Saturday lifted the weekend curfew imposed in view of the coronavirus surge. Here's what's allowed:

The Karnataka government on Saturday lifted the weekend curfew imposed in view of the coronavirus surge. The decision was taken based on a Technical Advisory Committee (TAC) report.

Speaking to the media, Revenue Minister R Ashok said that the night curfew has been withdrawn from January 31 owing to the increase in recovery rate. He said, “The recovery rates are increasing and the severity is less this time. The public transports, pubs, restaurants, government offices can operate with full seating capacity.” 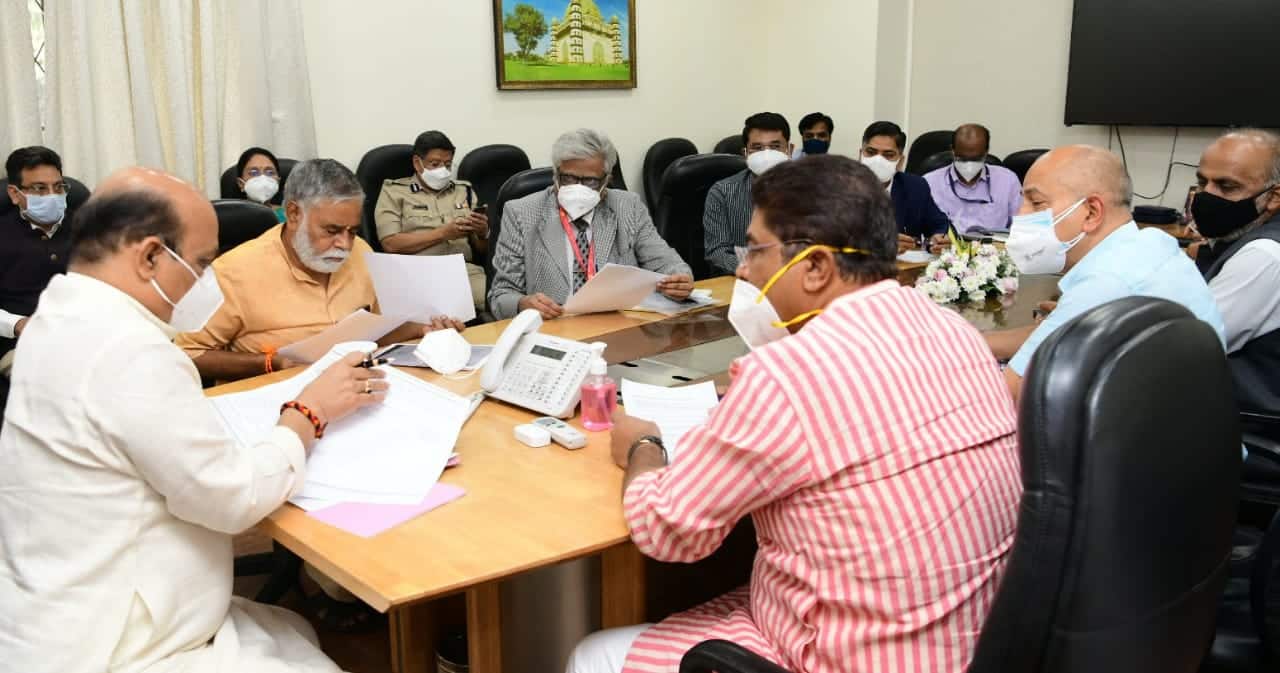 The Bengaluru police Saturday arrested two Nigerian nationals who were allegedly involved in drug peddling and seized materials worth Rs 3 crore. According to the police sources, they seized 1.5kg of MDMA crystals, 16.5kg of two plastic cans with MDMA mix water, 300 grams of Weed oil and 120 grams of MDMA blocks. The police officials said that the arrests were made based on a tip-off they received and the accused were caught near Ambedkar grounds in HBR Layout. 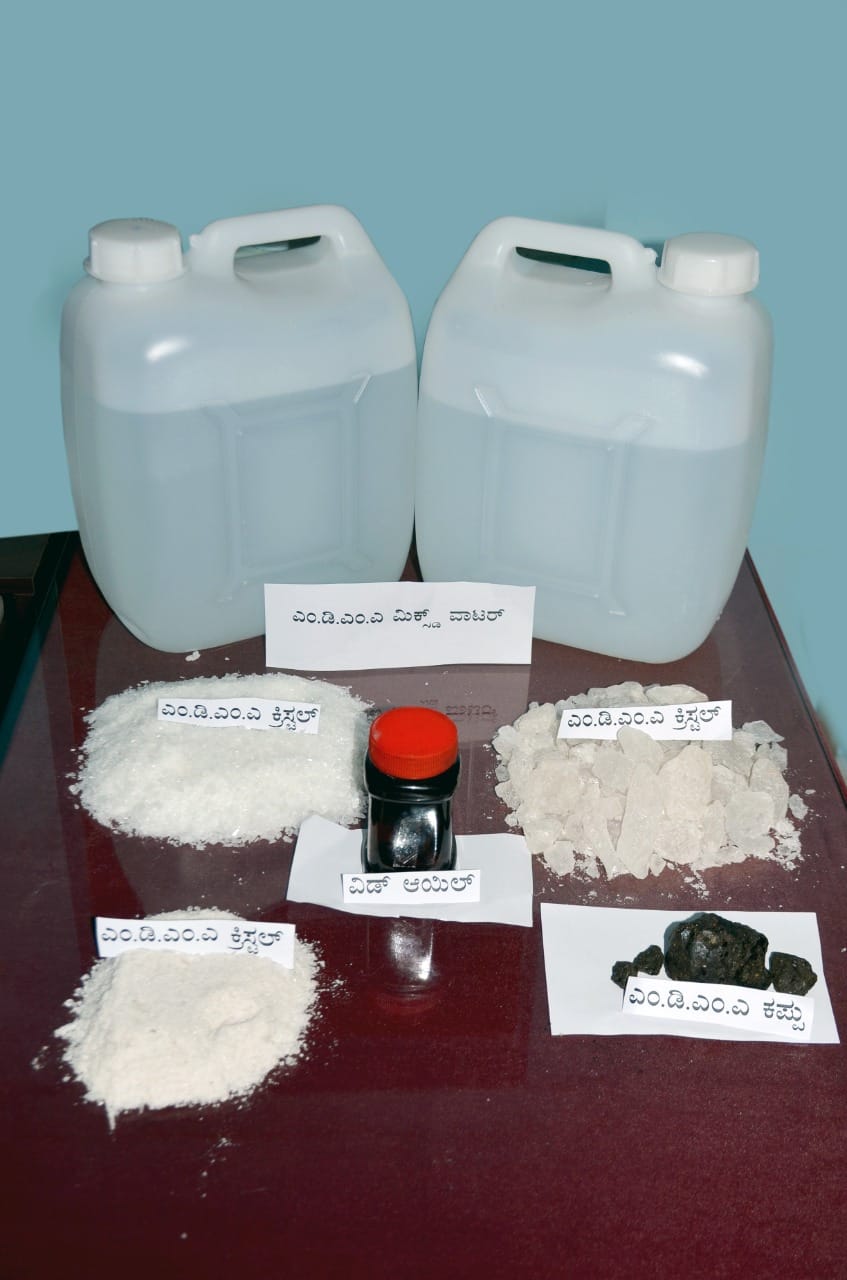 The Karnataka government on Saturday lifted the weekend curfew imposed in view of the coronavirus surge.

The private sector Karnataka bank has posted a net profit of Rs 146.42 crore for the third quarter of current financial year with a year-on-year growth rate of 8.16 percent as against Rs 135.37 crore net profit earned during the corresponding quarter of the previous year. The financial results for the quarter and nine months period ended December 31, 2021 were approved at a meeting of the director board held here Friday, a bank release here said.

💉 Around 5.14 crore people administered with first dose of Covid-19 vaccine

Karnataka Health Minister Dr K Sudhakar on Friday said that as per the genome sequencing sample, the third wave in the state is dominated by Omicron followed by Delta.

Sudhakar told reporters that of the 5996 samples which were genome sequenced, Delta and it’s sub lineages make up for three-fourths of the cases followed by Omicron. Delta and its sub lineages were found in 4431 samples (73.89 percent) while Omicron was found in 1115 samples (18.59 percent).

‘Didn’t ask Ambedkar’s portrait to be removed’: Karnataka judge dismisses allegation against him

After Dalit organisations staged protests in parts of Karnataka Thursday over the alleged removal of a portrait of Dr B R Ambedkar from the dais during the Republic Day celebrations in Raichur, Principal District and Sessions Judge Mallikarjuna Gowda dismissed the allegation that he had asked it to be removed. In a press release, Gowda said the allegations are a form of propaganda against him and he did not cause disrespect to such a great personality. Read more

“If the government thinks wearing the hijab is a crime, and does not allow my daughter to attend the final exams, let her stay at home… We want our daughter to study well and excel in life but why are her rights being snatched?”

It’s a decision driven by despair. His daughter, a Class 12 student, is among six Muslim girls who have been denied entry into their classrooms at a Government Pre-University College in Karnataka’s Udupi since January 1 for wearing the hijab.

“We are being treated like criminals for demanding the fundamental right to practise our religion. My classmates were not allowed to talk to me and if someone was seen talking to us, they were pulled up,” said the student. Read more 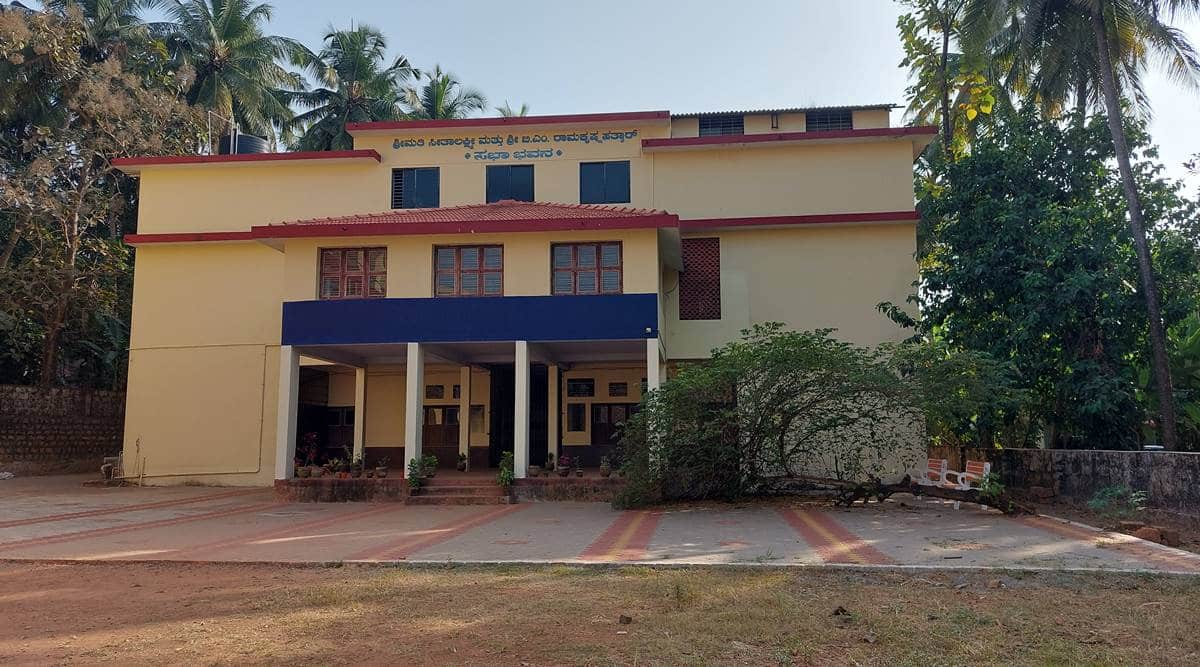 Karnataka Chief Minister Basavaraj Bommai on Friday exuded confidence that the BJP would win the forthcoming civic body election in Bengaluru. 'The victory of BJP in the Bruhat Bengaluru Mahanagara Palike election is as true as the sun rising in the east. There is no doubt that people of Bengaluru will support the BJP,' Bommai said at a special programme organised at the State BJP office to felicitate him on completing six months in the office which coincides with his birthday.

The Karnataka High Court Thursday pulled up Bruhat Bengaluru Mahanagara Palike (BBMP) over the civic body’s claims that all potholes in the city have been filled and called the compliance report “a total sham”. It also asked the BBMP civic engineer to appear before it on February 7. (Express photo by Jithendra M)