Karnataka Bengaluru Coronavirus (Covid-19) Latest News August 10 Highlights: Due to the coronavirus pandemic, the exams were postponed and held between June 25 and July 3, even though the exams were planned to be held in March.

Karnataka Chief Minister B S Yediyurappa Monday got discharged from Manipal Hospital, Bengaluru after he recovered from coronavirus infection

Karnataka Bengaluru Coronavirus News August 10 Highlights: The results of the Karnataka Secondary School Leaving Certificate (SSLC) exams will be declared at 3 pm on Monday. The results will be hosted on http://www.kseeb.kar.nic.in and http://www.karresults.nic.in by 3.45 pm.

Due to the coronavirus pandemic, the exams were postponed and held between June 25 and July 3, even though the exams were planned to be held in March. Over 7.64 lakh students attended the exams this year.

Catch the latest news in Bengaluru and Karnataka as we bring you live updates on SSLC results, COVID-19, lockdown 5.0 and phase 1 of the unlock across the state and more through the day. Also read Tamil Nadu, Chennai news

Candidates who failed to clear the exams in the first chance, including those who were infected by coronavirus or were contacts of Covid-19 patients can attend the exams scheduled to be held from September 7 to 18, DPUE officials clarified. Karnataka Chief Minister B S Yediyurappa Monday got discharged from Manipal Hospital, Bengaluru after he recovered from coronavirus infection. The 77-year-old BJP leader was admitted to the hospital on August 2, even though he was asymptomatic, as per doctors' advice.

#Karnataka Chief Minister B S Yediyurappa recovers from #Covid19. He has been discharged from Manipal Hospital, Bengaluru where he was admitted from August 2 after contracting the infection. @IndianExpress pic.twitter.com/uhswdav5hn

Meanwhile, girls outshone boys with 77.74 pass percentage among girls as opposed to 66.4 per cent by boys.

Meanwhile, girls outshone boys with 77.74 pass percentage among girls as opposed to 66.4 per cent by boys.

Education Minister S Suresh Kumar has announced that the timetable for supplementary exams will be released within two days. A total of 18,067 students who were not allowed to take the exams due to prevailing COVID-19 situation can appear for the same as fresh candidates, said the minister.

As many as six students scored maximum marks in all subjects this year (625/625). Last year, the same was achieved by two students.

Several protesters representing various groups Monday gathered together at Freedom Park in Bengaluru seeking government response on various demands as part of the ‘Save India, Do Not Sell India’ campaign held across Karnataka.

"People are facing violence and unable to access justice. Labor courts have been shut and workers are unable to voice their concerns. Violence against women and Dalits are rapidly increasing. These vulnerable people are ill-treated and humiliated in the police stations when they want to file complaints," a statement issued by Naavu Bharateeyaru mentioned.

The protests also raised several other demands such as making Covid-19 tests free of cost to all, providing complete health insurance cover to frontline workers such as civic workers, ASHA workers, police staff, government bus drivers and conductors, and providing free laptops to students to make online learning accessible to all.

In Kodagu at least 52 areas have been affected by floods and 14 areas scarred by landslides, district minister V Somanna said.

Somanna said, “Due to heavy rain the district has reported 16 landslides so far and flood-like situations in over 52 places. Rescue operations are still on and as of now, over 578 people have been rescued. Over 649 people of 243 families have been rehabilitated in nine rehab centres which have been set up in different places of the district.”

According to district administration, as many as 1800 electric poles are hampered and 257 trees are uprooted across the district. 60 percent of the mobile towers are not functioning. According to the Karnataka State Natural Disaster Monitoring Centre, there would be heavy rain for the next 24 hours in coastal areas, in the northern and in the interior parts of the south.

Meanwhile, the body of Swami Anandatheertha(76), one of the five people missing in the landslide at Talacauvery in Kodagu district was found on by the disaster response team on Saturday afternoon. On Wednesday night, a massive landslide swept away two houses belonging to the temple priest. 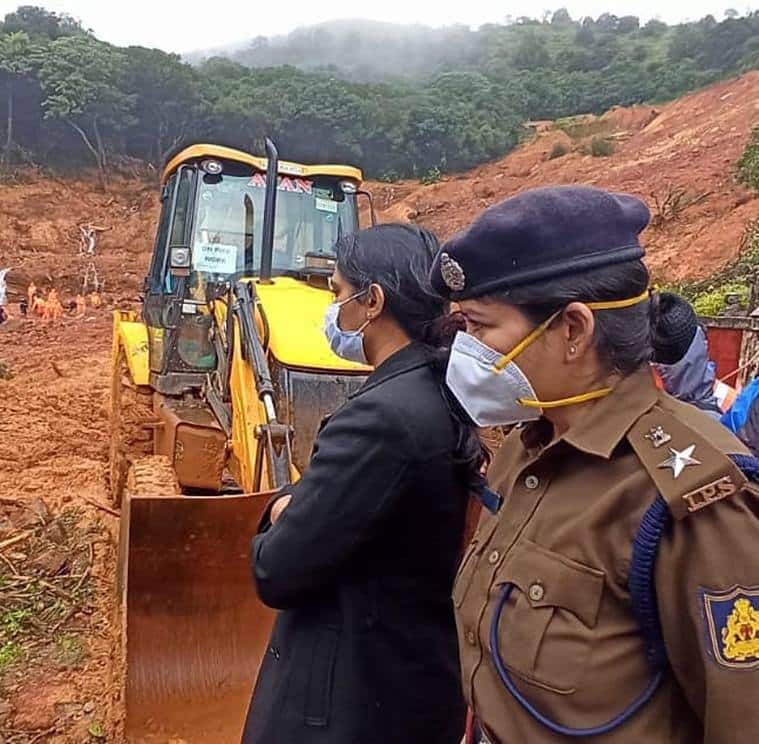 H Gangadharaiah, a 2015-batch officer, was posted at Bengaluru International Exhibition Centre (BIEC) as the nodal officer for Bruhat Bengaluru Mahanagara Palike (BBMP) to manage the situation at the centre.

According to BBMP Commissioner N Manjunatha Prasad, Gangadharaiah succumbed to a cardiac arrest. 'I am deeply saddened & disturbed at the sudden demise of my younger colleague Gangadariah, KAS Probationary AC of 2015 batch, due to heart attack while on Covid duty at BIEC,' he wrote on Twitter.

Following the incident, Chief Minister B S Yediyurappa announced an ex-gratia amount of Rs 25 lakh to the kin of the deceased. According to a statement issued by the Chief Minister's Office (CMO), a government job will be provided to a family member of the deceased officer. 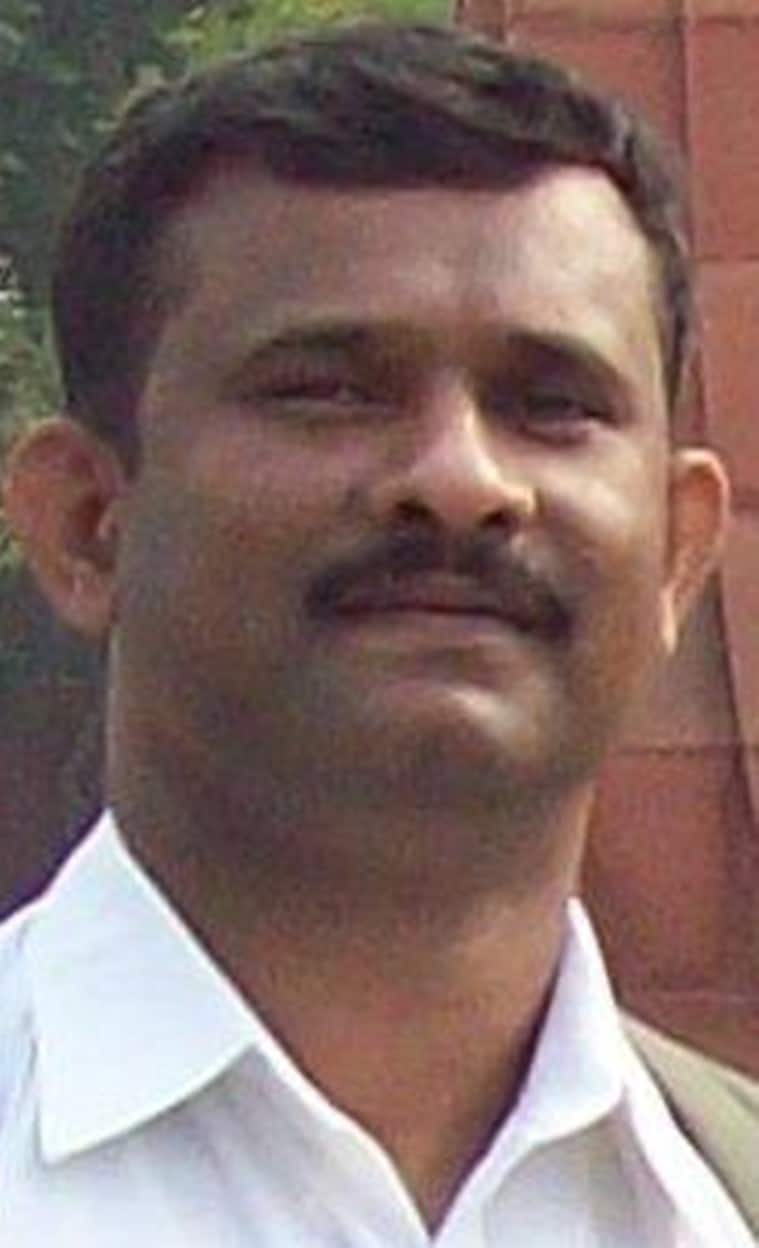 As the number of fresh Covid-19 cases and fatalities linked to the pandemic surge in Bengaluru, the capital city alone reported 1948 new cases while the same was 5985 across Karnataka on Sunday.

Meanwhile, the number of active containment zones in the city comprising 198 wards rose to 14,010.

With this, 1240 deaths have been reported cumulatively from the city.

The results of the Karnataka Secondary School Leaving Certificate (SSLC) exams will be declared at 3 pm on Monday. The results will be hosted on www.kseeb.kar.nic.in and www.karresults.nic.in by 3.45 pm, KSEEB officials confirmed.

Over 7.64 lakh students attended the exams which were postponed and held between June 25 and July 3, even though they were originally scheduled to be held in March.

Over 900 students from containment zones had attended the exams following social distancing norms. Last year, the state recorded a pass percentage of 73.7% — with an increase of 1.77 per cent in comparison with the 71.93 pass percentage of 2018.

In a series of tweets, the minister announced, “After developing symptoms of flu, I have tested positive for coronavirus today.”

Meanwhile, Karnataka Health Minister B Sriramulu got himself admitted to state-run Bowring and Lady Curzon Hospital in Bengaluru, after he tested positive for Covid-19 on Sunday.

At the same time, Union Ministers Pralhad Joshi and Piyush Goyal Sunday dedicated the Hubballi Railway Museum to the nation via video conference. Claimed to be the first of its kind in north Karnataka, the museum is centrally located next to the second entry of Hubballi Railway Station on Gadag Road opposite to Central Railway Hospital.