Bengaluru Coronavirus June 23 Highlights: KR Market in Bengaluru to be closed for 14 days

249 new cases were reported across the state on Monday taking the total tally to 9399. In Bengaluru alone, 126 new cases and three fatalities were recorded at the same time.

Karnataka Bengaluru Coronavirus June 23 Highlights: The Karnataka health department Monday notified 16 hospitals as Dedicated Covid Health Centres (DCHCs) in Bengaluru in a bid to set up more health screening facilities as the number of cases in and around the city shot up in the past few days.

According to the order, these DCHCs will help allot cases as ‘mild to moderate symptomatic persons’ and to appropriate facility for the treatment of such patients.

(Scroll down for full list of DCHCs in Bengaluru)

Meanwhile, 249 new cases were reported across the state on Monday taking the total tally to 9399. In Bengaluru alone, 126 new cases and three fatalities were recorded at the same time.

The death toll in Karnataka linked to the coronavirus pandemic rose to 150 on Tuesday after 8 more fatalities were confirmed by the State Health Department. 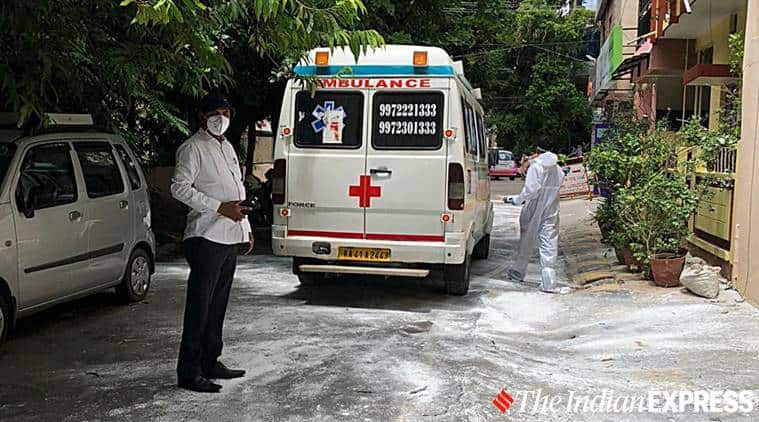 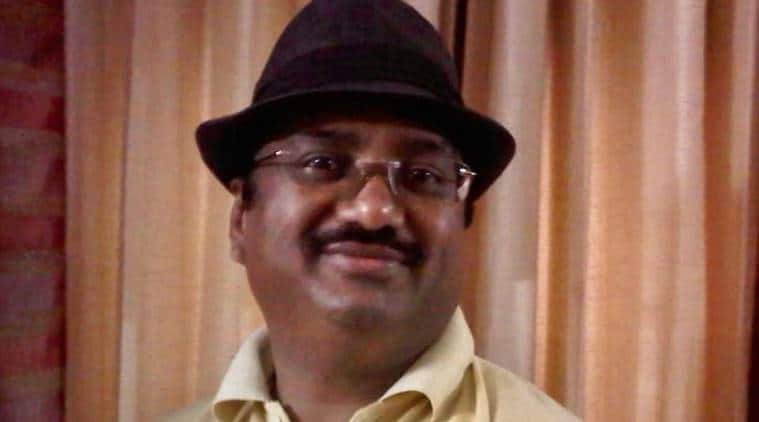 Shankar was staying at his house located near Ashoka Pillar in Jayanagar. He was out on bail since July 2019 when he was arrested for his alleged involvement in the multi-crore scam related to the I Monetary Advisory (IMA) ponzi scheme.

Bengaluru City Police Commissioner Bhaskar Rao told Indianexpress.com: “We have taken up BM Vijay Shankar’s death as a case of unnatural death. It is not yet time for us to jump to conclusions as an investigation is on.”

With 107 fresh cases reported from the city, Bengaluru recorded a triple-digit surge in the number of fresh Covid-19 cases for the third straight day since Monday.

As many as 196 and 126 cases were confirmed in the city on Sunday and Monday respectively while three fatalities each were also recorded during the same time.

While 51 cases on Monday were categorised "contact under tracing", the same category saw 23 cases on Tuesday. Other major sources of infection, as identified by the Karnataka Department of Health and Family Welfare Services, are Influenza-like Illness (52 cases), primary contacts of known Covid-19 patients (17 cases), Severe Acute Respiratory Infection (7 cases), and contact of containment zone (6 cases) on June 23 alone.

"Pulse oximeters should be distributed to all home quarantined covid-19 patients in the state to monitor their oxygen levels. Covid-19 patents need to be admitted to hospitals if their oxygen saturation drops to 90% or below (Normal is 95% to 100%). Use of this relatively cheap device will forewarn the patients about the impending health crisis," AAP Karnataka said in a starement.

Further, Basavaraj Mudigoudar, Head of Digital Cell of the Party said the same would also help health personnel to provide the patient with required oxygen at their homes, in terms of emergencies. "This can significantly reduce the death rate and will alleviate the shortage of ventilators in the state," he said.

The Kempegowda International Airport Tuesday installed an indigenous Aviation Weather Monitoring System (AWMS) at both ends of its new runway, which is expected to help pilots with an accurate runway visual range.

Named 'Drishti', the AWMS sensors, indigenously developed by Bengaluru-based CSIR-National Aerospace Laboratories (NAL), are installed on a 10-metre high mast, with a life of over 60 years, BIAL officials claim.

'The sliding mechanism enables easy maintenance - a useful feature, considering the busy traffic on the runway,' a BIAL spokesperson said. The Karnataka government has fixed the rates for general and multi-sharing wards for treating COVID-19 patients in private hospitals and colleges in the State that have been empanelled under the Ayushman Bharat Arogya Karnataka scheme.

The rates will however, not be applicable for patients who have subscribed to an insurance package and for MoUs between the private hospitals and corporate entities. 50 per cent of the beds which have to be utilised for government patients will include the beds in general, shared and private wards. An additional charge of 10 per cent will be imposed on the above rates for twin sharing wards and 25 per cent for single room wards.

Bengaluru: Police officer kills himself after testing positive for COVID-19

A police personnel who is part of the Karnataka State Reserve Police (KSRP) Tuesday killed himself after he was tested positive for coronavirus.

According to sources, the officer, aged 50, was being taken to a designated hospital in Bengaluru in a police bus where he hanged himself.

In an advisory issued by BBMP Commissioner B H Anil Kumar, RWAs were directed to be on the lookout for any visitors or members of houses who are returning to their respective areas. “RWAs should report these cases to BBMP helpline or police control room or via WhatsApp/Telegram at 91 9777777684,” the advisory read.

Further, RWAs have been asked to paste a poster outside houses of returnees indicating that the members of the household are on HQ for 14 days. “RWAs should also ensure there is no social stigma attached to the persons under HQ. They should instead appreciate that effective HQ is key to prevent the spread of the pandemic,” Anil Kumar added.

Bengaluru's iconic KR Market and surroundings remain closed for public with no economic activity as a complete lockdown is in place for the next fortnight, after several clusters of coronavirus infections were found in the area. Former Karnataka Chief Minister H D Kumaraswamy demanded that a 20-day lockdown be imposed in Bengaluru following a spike in COVID-19 cases in the city. He tweeted that there was no point in only sealing some areas of the city, after Chief Minister Yediyurappa ordered strict lockdown in K R Market, Siddapura, VV Puram, Kalasipalya and surrounding areas on Monday.

Two key government laboratories conducting RT-PCR tests for the coronavirus in Bengaluru were forced to go offline on Monday after staff at the labs – which handle a huge chunk of the testing in Karnataka – reportedly tested positive for the virus.

A laboratory at the Bangalore Medical College and Research Institute which is part of the ICMR’s Virus Research and Diagnostic Laboratory network and a laboratory at the National Institute of Mental Health and Neuro-Sciences in Bengaluru which handle together around 2,000 Covid-19 samples each day will not be operational for testing for a few days.

The two key labs have gone offline at a time when coronavirus cases in the city of Bengaluru are spiking and the state government has decided to impose a lockdown on localities in the city where a large number of cases are being reported.

As more migrants travel back to their natives in north India from Karnataka, the South Western Railway will operate two more Shramik Special trains on Tuesday.

To date, 247 such trains have ferried 3.61 lakh passengers from the state since May 3. As many as 1.31 lakh violations have been recorded in Karnataka since home quarantine was put in place, data released by the State government revealed.

The government had imposed Home Quarantine to those returning from other places and those qualifying as primary or secondary contacts of patients testing positive for Covid-19 from March when the nationwide lockdown began. With 58, 832 of these violations reported from Bengaluru, the violations from the capital city alone amounted to 44.86% of the total cases, the report indicated.

At the same time 15,157 people were warned by authorities, while FIRs were filed against some. CM Yediyurappa Monday directed officials to continue the practice 'more strictly' to avoid further spread of the pandemic.

Test results of our family members have come. Unfortunately, my wife and daughter have tested positive for #Covid19 and are undergoing treatment. My two sons and myself have tested negative. I am grateful to everyone for their best wishes and prayers.

The Karnataka health department Monday notified 16 hospitals in and around Bengaluru city as Dedicated Covid Health Centres (DCHCs) to help allot cases as 'mild to moderate symptomatic persons' and to appropriate facility for the treatment of such patients.

A total of 2984 beds are available in these facilities together in which 1330 will be reserved for Covid patients. With 527 oxygenated beds, 167 ICU beds and 92 beds with ventilators, these centres are expected to lessen the burden on designated Covid hospitals in the city.