Karnataka Bengaluru Coronavirus (Covid-19) Latest News June 15 Highlights: According to the Department of Health and Family Welfare, five more patients succumbed to the infection on Sunday, as the death toll rose to 86.

Karnataka Bengaluru Coronavirus News June 15 Highlights: As 176 more people tested positive for COVID-19 on Sunday, the total cases reported from across Karnataka reached a round figure of 7,000, since the first case was confirmed in Bengaluru on March 9.

According to the Department of Health and Family Welfare, five more patients succumbed to the infection on Sunday, as the death toll rose to 86.

Meanwhile, 312 people were discharged from designated hospitals following their recovery taking the total number of active cases to 2,956. Among them, 16 persons are being treated in intensive care units.

At the same time, for its first prayer service since the lockdown, a Protestant church in the city came up with a unique concept of ‘Worship on Wheels (WOW)’, a drive-in Mass where people could take part in the service while in their cars or on their bikes.

On Sunday, worshippers who came in cars attended the services at 9 am and 7 pm; those on bikes at 7 am and 5 pm; while two services were held inside the church – at 11 am and 1 pm.

In view of the increasing numbers of cases among the returnees from Chennai and Delhi, the Karnataka Government on Monday revised its policy of quarantining interstate travellers by imposing a three-day institutional quarantine for those coming in from those two states followed by 11 days of home isolation.

#Karnataka Government on Monday revised its policy of quarantining interstate travellers by imposing a three day institutional quarantine for those coming to the state from #Chennai and #Delhi followed by 11 days of home isolation. @IndianExpress pic.twitter.com/Nk7Nyv884C

The daily health bulletin released by the Karnataka Department of Health and Family Welfare Services on Monday showed a sudden jump in the number of patients admitted to Intensive Care Units (ICUs) in the designated Covid hospitals across the state. While the number was 16 Sunday, the same rose to 56 on Monday, adding 40 more to the list.

However, when contacted, health officials said it was nothing else than a compilation of numbers. “There is nothing alarming in this and the situation is totally under control in Karnataka. We have compiled the numbers from across hospitals in the state during the weekend which reflected in the bulletin (on Monday),” an official told Indianexpress.com.

As many as 35 fresh cases and a death were reported from the city in the last 24 hours.

A delegation of leaders from the Aam Aadmi Pary (Karnataka) has urged the Karnataka government to call off the SSLC exams, citing possible risk teachers and students might face while attending the same. In a meeting with Minister for Primary and Secondary Education S Suresh Kumar, the delegation expressed its reservation in conducting the exams giving out a number of reasons.

"Considering that Covid19 cases are still increasing and we are yet to see the peak , SSLC Exam should be cancelled, to avoid exposing students, teachers and their respective families to the virus. An SSLC student belonging to Chikkamagaluru district has been infected by coronavirus. Two students living in Kalasipalya have also tested positive," Darshan Jain, Joint Secretary of AAP Karnataka said.

The delegation further pointed out that students and teachers might require to use private buses for their daily commute in districts like Dakshina Kannada, Chamarajanagar, Tumkur, Mandya and Hassan, urging the government to cancel the board exams similar to how some other states have done already. As many as 8,48,192 students have registered for the SSLC examination in Karnataka scheduled to be held from June 25 to July 3. 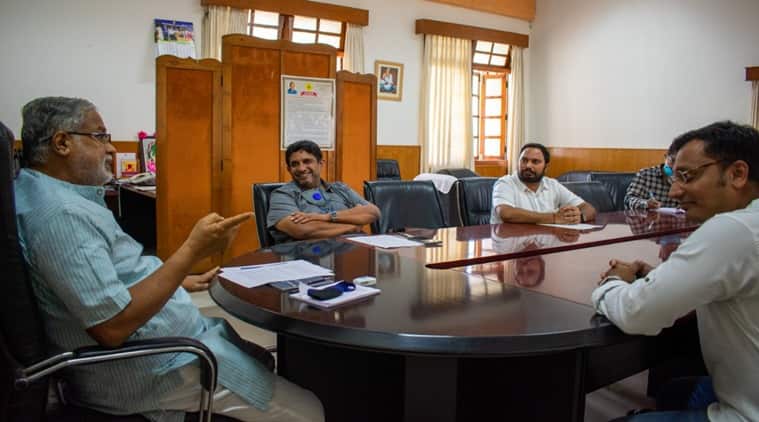 According to KSRTC, in the first phase, services will be operated from Bengaluru to Anantapur, Hindupur, Kadri, Puttaparthi, Kalayanadurga, Rayadurga, Kadapa, Prodatur, Mantralaya, Tirupathi, Chittoor, Madanapalli, Nellore and Vijayawada.

The tool was developed as part of research efforts at the new Centre for Networked Intelligence (CNI) established at IISc supported by a Corporate Social Responsibility (CSR) initiative from Cisco.

Days after the Karnataka government announced ban on online classes till Class 5 in schools in the state, some are yet to follow the order, parents pointed out.

“The ministers’ announcements were made public and it was clear that schools cannot hold classes till Class 5. However, students were asked to attend the class today as well, with mandatory attendance being taken,” a parent of a student studying in Vibgyor school told Indianexpress.com.

However, when contacted, school authorities said that they are awaiting a government order on the same. “We cannot compromise on the academic schedule as it would affect our students’ performances. If there’s an order, let that be communicated officially to us,” a headmaster of another private school in Bengaluru said.

Karnataka Chief Minister BS Yediyurappa on Monday laid foundation via video conferencing for the construction of a greenfield airport at Shivamogga district.

The airport to be built at Sogane Village, 8.8 km from Shivamogga and 8.2 km from Bhadravathi. On December 2019, the state government revised the cost from Rs 40 crore to Rs 150 crore to construct the airport under under Public–private partnership (PPP). 300 kg of charas seized, fisherman held in Gir Somnath
Ludhiana dental college hostel warden ‘dies by suicide’, body...
All roads lead to garba grounds after Covid lull
For Gujarat to change like Delhi and Punjab, its youths will have to stan...
For Gujarat to see changes like in Delhi and Punjab, its youths will have...
More from Cities >>
BJP, Congress and JD(S) to finalise candidates for MLC election today

Voting for the seven MLC seats will be held on June 29. June 18 is the last date for filing nominations. The JD(S) and Congress is scheduled to hold its meeting on Monday to finalise names for the elections.

BJP expected to bag four, Congress two and JDS one seats based on their strength in Karnataka assembly.

As many as 233 Shramik Special trains operated by the South Western Railway (SWR) has ferried over 3.38 lakh migrants from Karnataka to different parts of north India since May 3.

According to statistics shared by SWR, 3,38,837 migrants boarded these trains from Karnataka till Sunday.

The latest to operate from the state left Bengaluru for Guwahati with 1750 passengers on board at 8 pm on Sunday. The train is expected to reach the destination at 6 am on Wednesday. 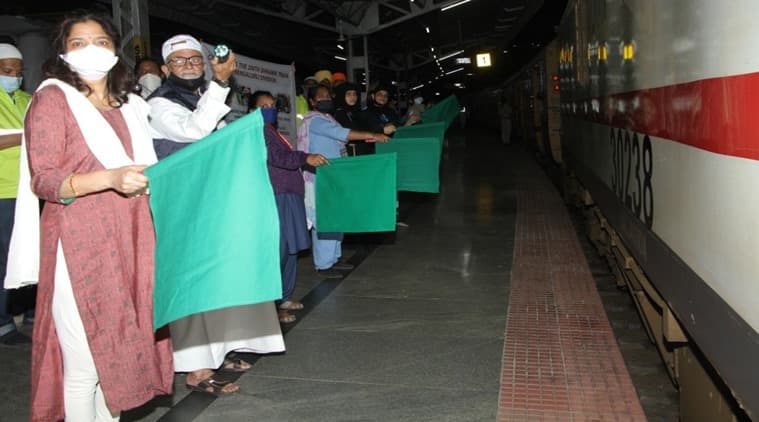 A little before the 9 am Sunday Mass, cars began filing into the Temple of God ground, a 3-acre open parking area of the Bethel AG Church International Worship Centre (BAGCIWC) in Hebbal, North Bengaluru.

Each of the cars drove into slots marked on the ground, after which their engines were turned off, the windows rolled down. It was time for the Sunday Mass.

With 26 new containment zones identified by local civic body Bruhat Bengaluru Mahanagara Palike, the number of such active zones rose to 142 on Sunday.

42 fresh cases and three deaths were reported from the city on Sunday.

Even in terms of testing of only primary contacts, Karnataka ranks high, with 47 per case, compared to a national average of six.

Meanwhile, researchers from the Indian Council of Medical Research who conducted a study of contacts tested of Covid-19 patients in different states between January 22 and April 30 found Karnataka at the top, with 93 on average tested compared to the national figure of 20. The worst-affected states like Maharashtra and Delhi have tested only eight and nine contacts respectively on average.

At the same time, even as Bengaluru — a city with an estimated population of 1.2 crore — so far managed to keep its coronavirus tally as low as 690, the fatality rate in the city kept the health department on its toes.

While the fatality rate of Karnataka was recorded at 1.23 per cent (as on June 14), the same in Bengaluru is 4.64 per cent, highest among 30 districts in the state.