In other parts of Karnataka — Dakshina Kannada, Mysuru, Mandya, Kodagu, Chikkamagaluru, Bijapur, Hubballi and Kalaburagi — the commercial establishments and shops remained closed in areas where Muslims are in majority. 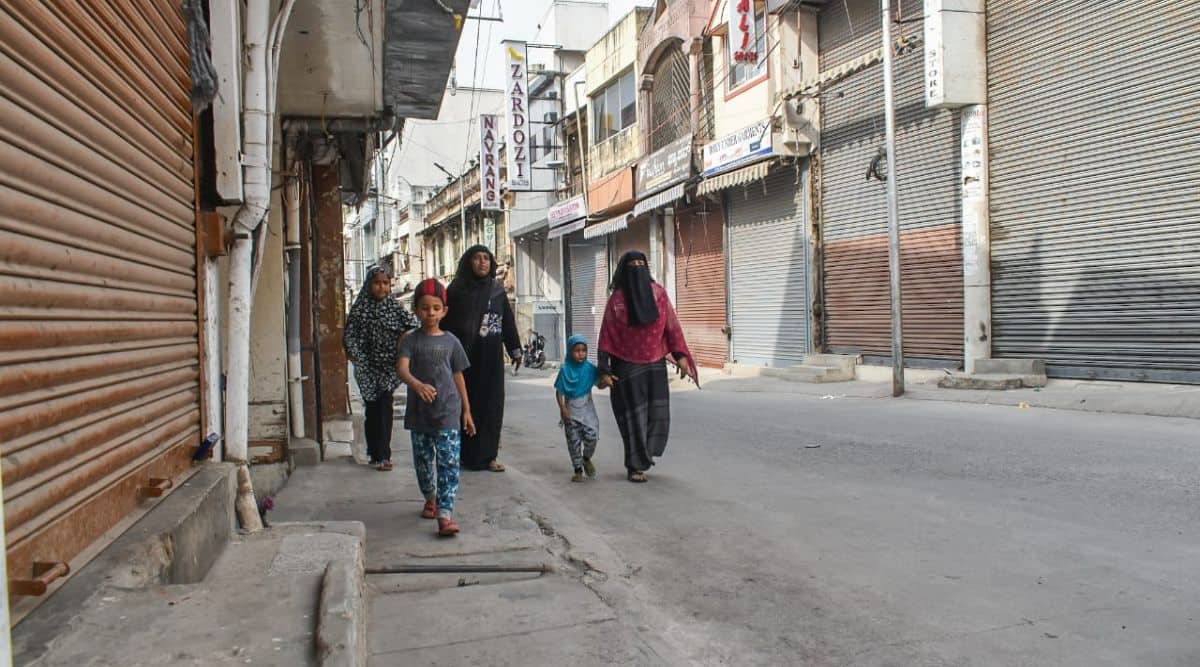 Several shops were closed in Bengaluru as Muslim groups call for bandh over hijab verdict. (Express photo by Jithendra M.)

Several parts of Bengaluru city were deserted on Thursday due to the bandh called by the Muslim groups in protest against the recent Karnataka High Court’s ruling on hijab.

In other parts of Karnataka — Dakshina Kannada, Mysuru, Mandya, Kodagu, Chikkamagaluru, Bijapur, Hubballi and Kalaburagi — the commercial establishments and shops remained closed in areas where Muslims are in majority.

Ameer-e-Shariat of Karnataka, Maulana Sagheer Ahmad Khan Rashadi and various Muslim organisations Wednesday called for a statewide peaceful bandh on Thursday. “The Karnataka High Court’s verdict is disheartening and all of us of different ulema (scholars), Muslim women’s groups, head of masjids and others met and decided to call for a peaceful bandh on Thursday,” Maulana Sagheer Ahmad Khan Rashadi had said.

Members of Jamaat-e-Islami Hind also supported the bandh and said it would hold a peaceful bandh against the state government targeting Muslim community in the hijab row.

A full HC Bench Tuesday dismissed a batch of petitions filed by Muslims girls from pre-university (PU) colleges in the Udupi region of the state seeking the right to wear hijabs or head scarves along with uniform inside classrooms.

“We are of the considered opinion that wearing of the hijab by Muslim women does not make up an essential religious practice in Islamic faith,” the full Bench said in the gist of its order that was read out by the Karnataka Chief Justice Ritu Raj Awasthi Tuesday morning.

“We are of the opinion that the prescription of a school uniform is a reasonable restriction constitutionally permissible, which the students cannot object to,” said the full Bench also comprising Justice Krishna S Dixit and Justice J M Khazi.