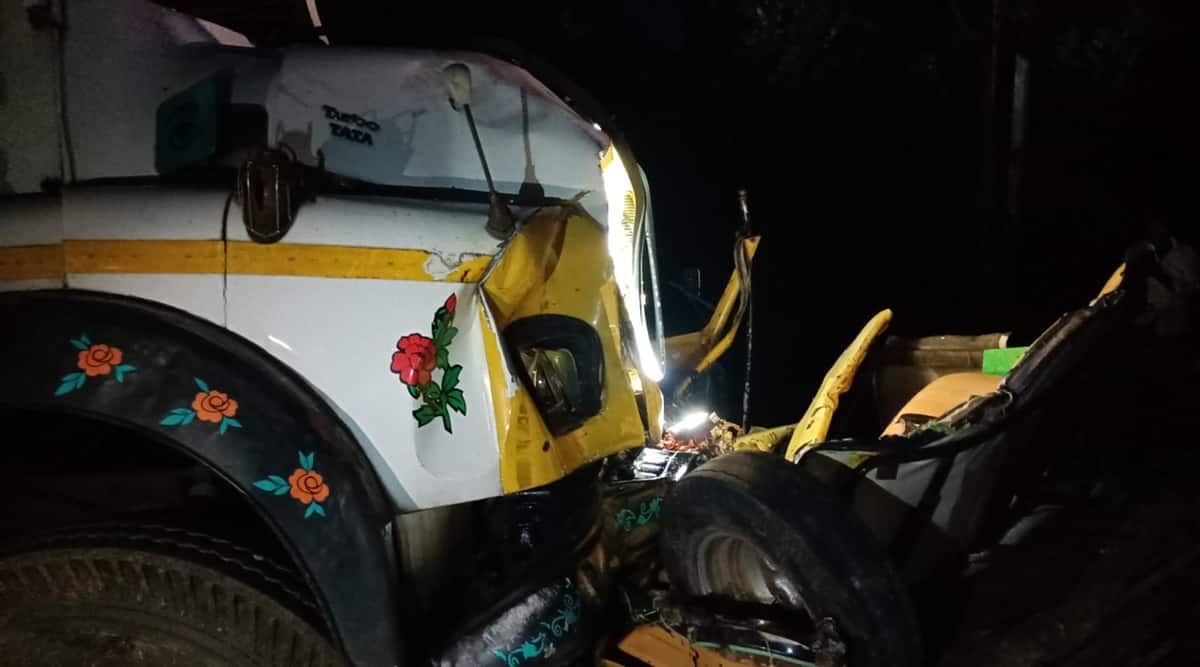 A tipper heading towards Maddur from Malavalli rammed into the autorickshaw from the front.

Five persons of a family, including two children, died in Mandya district of Karnataka after a tipper rammed into the autorickshaw they were traveling in Friday. The family was returning from a temple when the incident took place.

The incident took place at Nelamakanahalli Gate around 6.30pm while the family was returning from a temple. The deceased were identified as Muttamma (45), president of Bandura gram panchayat, his daughter Basammanni (30), son Venkatesh (25) and Basammanni’s children Chamundeshwari (8) and Chandrashekar (2).

The police said prima facie it seems rash driving by both the drivers led to the incident. The autorickshaw was being driven by Venkatesh when the incident took place. Malavalli rural police said they are probing whether it was just a human error or a technical glitch that led to the mishap.

Subscriber Only Stories
View All
In Jharkhand district, block-level clubs help elderly deal with loneliness
Kerala has a drug problem: 300% jump in cases over six years; arrests inc...
Andhra’s Guaranteed Pension Scheme model catches the attention of Centre
Not IT Dept’s job to persuade someone to save money… younger lot fa...
Monthly plan to access Budget
First published on: 20-11-2021 at 15:10 IST
Next Story

Rajkummar Rao, Sanya Malhotra’s HIT – The First Case to release on this date