More than 40,000 attendees visited the IISc's Bengaluru campus for its Open Day, with 39 of its 42 departments participating. 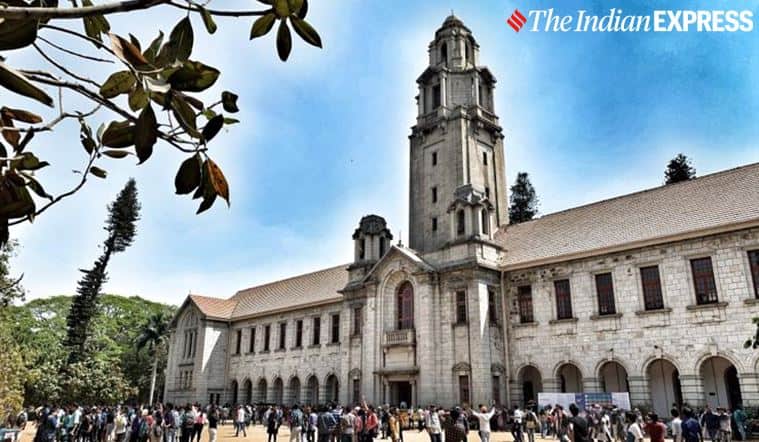 From real-time emotion recognition technology to software that can help Air Traffic Control (ATC) decision-making, a variety of ongoing projects impressed visitors at the open day of the Indian Institute of Science (IISc) in Bengaluru Saturday.

More than 40,000 attendees visited the 443-acre campus of the premier institute, with 39 of its 42 departments participating in the event.

“Getting to visit the IISc. to witness their research projects is enthralling. As scientists break down jargon to explain the essence of their work, it opens a new world of thoughts and opportunities for many,” Abraham G, a techie who attended the Open Day with his children, said.

Among the highlights at the Open Day was a real-time emotion detection system developed by the Department of Computational and Data Sciences (CDS). “This system will facilitate robot-human interactions, helping bots respond to the facial emotions of humans they interact with,” Chaitra Jambigi, a researcher, told indianexpress.com.

Meanwhile, Atichya Chandra, a research student from the Transportation System Engineering Department, explained his project on developing a new air traffic model for airspace in India.

The researcher claimed that Air Traffic Model for Airspace (ATMA)  would enable a 4-D trajectory optimisation, thereby predicting collision-free network stability in the event of an airline’s intent to introduce new flights. “With such a model in place, cases of re-optimisation of flights in cases of bad weather or other emergencies can be done in an error-free manner, doing away with even the slightest possibility of risk to lives,” Chandra said.

The Ministry of Human Resource Development (MHRD)-funded project is expected to be completed in three and a half years from now, according to the IISc team.

At the same time, the live demonstration of the Wipro IISc Research and Innovation Network (WIRIN) autonomous car simulator drew crowds in the Aerospace Engineering block.

Explaining the progress of the project, Mohammed Zaid, a student researcher who is part of the team, said the simulator was designed to replicate real-life Indian traffic scenarios.

“While most available simulators are US-based, the co-simulator we are developing will include traffic scenarios common on Indian roads, such as pedestrians crossing, lane narrowing (due to construction or vehicle breakdown), intersection managed by a traffic cop, other vehicle breaking a traffic signal, etc.,” he said.

These co-simulators are expected to contribute towards the possibility of running an autonomous car in India soon, a Wipro employee said.

Other highlights of the Open Day at IISc included the live model display of Hindustan Aeronautics Limited’s Light Utility Helicopter (LUH), drones designed at the Divecha Centre for Climate Change to spray pesticides in areca nut trees, studies on Alzheimer’s diagnosis, demonstrations of sleep-pattern research, quiz sessions for students and elders, and several ‘fun with science’ contests held in the campus.

Glimpses from #OpenDay2020 at the @iiscbangalore. Thousands throng the 443-acre campus to get a first-hand experience of research, and science-related nuances from the premier institute. @IndianExpress pic.twitter.com/wjlhxUydKT

“It was a great learning experience for me, even though it was tiring to walk long distances for each stall. Science fascinates me and after this event, I have developed a special interest in mechanical engineering,” Arnab Pai, a Class 5 student of National Public School, Rajajinagar, said.

Amit Shah jabs Mamata: Why are you hurting interests of our refugees, you only care for infiltrators