"After turn back, the flight landed safely at the Bengaluru airport. The aircraft has since been changed, and departed with the passengers for its destination at 10:44 hours," a GoAir spokesperson told indianexpress.com. 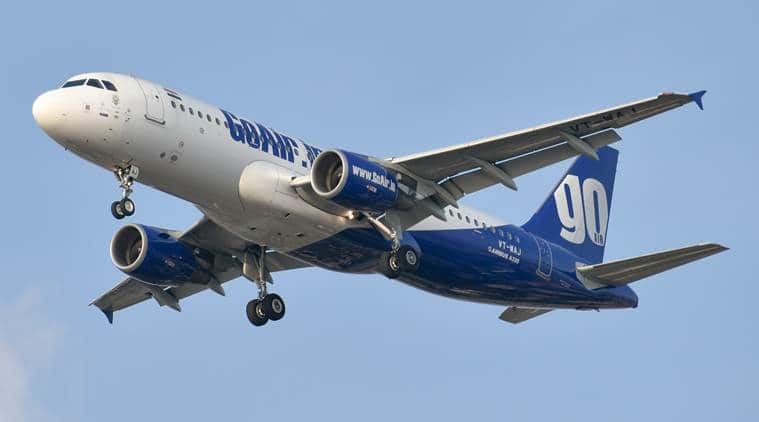 The flight landed back on Kempegowda International Airport at 3.12 am, after the initial take off at 2.18 am, officials confirmed. (Representational Image)

A Phuket-bound flight from Bengaluru with 173 passengers on board was directed back to the Karnataka capital after an issue with the closure of a flight door on Friday.

The GoAir flight (G8 041) landed back in Kempegowda International Airport at 3.12 am, after the initial take off at 2.18 am, officials confirmed.

According to senior aviation officials, a ‘door avionics open’ indication was noticed on the Airbus A320 Neo flight when it was 10,000 feet up in the air. “An overweight landing was carried out in Bengaluru after which inspection and rectification were done,” an official said.

Avionics are electronic equipment on an aircraft. An overweight landing is when the plane is carrying more weight — including fuel — than its structural limit for landing.

“GoAir flight G8 041 from Bengaluru to Phuket with 173 passengers on board did a precautionary air turn back in the interest of safety due to a technical glitch. After turn back, the flight landed safely at the Bengaluru airport. The aircraft has since been changed and departed with the passengers for its destination at 1044 hours. GoAir regrets the inconvenience caused to its passengers,” a GoAir spokesperson told indianexpress.com.

In another statement, the budget airline had Thursday said it would cancel some of its flights owing to a delay in delivery of new aircraft and engines by airframe manufacturer Airbus and engine-maker Pratt & Whitney.

Also read| Explained: Why several GoAir flights have been cancelled

“We would like to assure our customers and partners that our currently published schedule incorporates a conservative view of aircraft and engine deliveries as provided by Airbus and Pratt & Whitney to minimize, or eliminate, the need for flight cancelations in the future,” a GoAir spokesperson had said.

Meanwhile, 77 flights — 60 scheduled for departure and 17 for arrival — were delayed at the Kempegowda International Airport in Bengaluru due to fog on Friday morning.

#Fog disrupts operations at Kempegowda International Airport, Bengaluru. As many as 77 flights — 60 scheduled for departure and 17 for arrival — were delayed this morning (Jan. 24, 2020). 3 flights were diverted to Chennai, officials confirm. @IndianExpress pic.twitter.com/KQa7BDIvmc

According to a Bengaluru International Airport Limited (BIAL) spokesperson, operations were suspended from 05:40 hours to 05:45 hours on Friday. “No. of departure flights delayed – 60 No. of arrival flights delayed – 17. No. of flights diverted due to fog – 3 flights were diverted to Chennai (1 SpiceJet, 1 Air Asia and 1 Blue Dart),” the fog report dated January 24, 2020, recorded.

India vs New Zealand: ‘Watch out for the next big thing— Shreyas Iyer’