Fire breaks out at Bengaluru’s Bellandur Lake, officials blame it on a burning garbage pile

According to officials, some of the labourers and ragpickers living near the lake might have dumped waste, including plastic and insulated wires, on its bed. 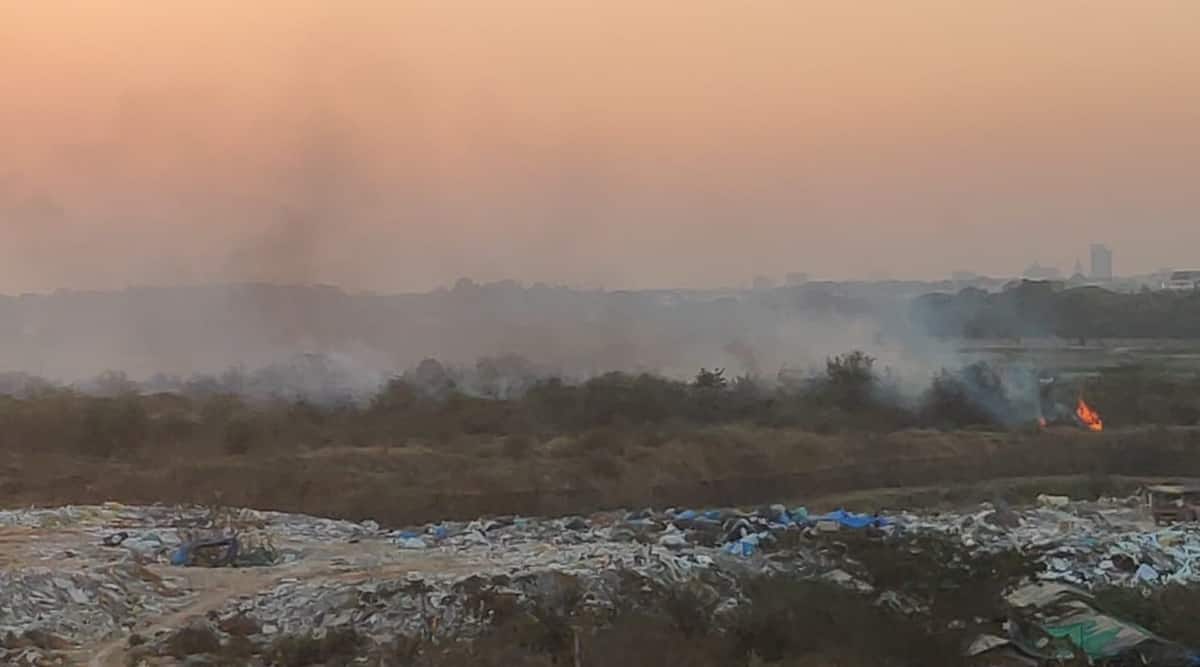 Lake marshals deployed by Bruhath Bengaluru Mhangara Palaike (BBMP), the city civic body and personnel from the nearby Sarjapur fire station rushed to the spot to douse the flames.

A fire broke out at Bellandur Lake in Bengaluru on Thursday night after some unidentified persons set a mound of garbage alight in the buffer zone, officials said.

Residents in and around Bellandur lake panicked on seeing the leaping flames. Officials at the Bengaluru Development Authority (BDA) confirmed that the fire wasn’t caused by toxic chemicals in the water but the burning garbage mound in the buffer zone.

The incident happened on a day the Garden City was adjudged the most liveable city in the national Ease of Liveability Index 2020.

Lake marshals deployed by Bruhath Bengaluru Mhangara Palaike (BBMP), the city civic body and personnel from the nearby Sarjapur fire station rushed to the spot to douse the flames. The fire is now said to be under control.

The biggest of the city’s water bodies, the Bellandur Lake had seen similar fire incidents in May 2015 and January 2018. However, those were attributed to the presence of pollutants in the water.

A fire broke out at Bellandur Lake in the #Bengaluru on Thursday night. Residents in and around Bellandur lake panicked after the incident. @IndianExpress pic.twitter.com/CFKYIPVnk1

According to officials, some of the labourers and ragpickers living near the lake might have dumped waste, including plastic and insulated wires, on its bed. “Ragpickers living nearby burn the wires to recover copper. It’s possible that they set alight a waste pile and the fire spread to the lake’s bed,” a senior BDA official said.

Spread over 906 acres in southeast Bengaluru, the lake is one of 70 remaining water bodies from the 272 that dotted the cityscape four decades ago. Till the eighties, the lake was a vibrant ecosystem, nurturing a variety of birds, fish and insects. It was also popular with locals as a picnic, boating and fishing site.

Today, the lake, with a catchment area of nearly 279 sq kms, is heavily polluted. The improving urban profile of Bengaluru, coupled with a fast pace of development over the last two decades, has seen massive amounts of domestic and industrial waste flowing into the lake.

Encroachment of vast swathes of its catchment area by hundreds of apartment blocks, and the dumping of garbage on its shores, have throttled the flow of water into the lake and killed its biodiversity over time. The flow of untreated sewage and industrial waste has even rendered the lake’s water unusable for irrigation. The lake is now infamous for the gigantic clouds of froth that accumulate on its surface, spilling over into the many busy roads that skirt its shores several times a year.