Father of Karnataka girl ‘praised’ by Al Qaeda chief: ‘Who is he, why is he speaking about issues of my country’

Ayman Al Zawahiri, in a video released by Al Qaeda mouthpiece As-Sahab media on Tuesday, has showered praise on Muskan Khan, the Mandya student who raised slogans of Allah-hu-Akbar after being heckled by a group of men in saffron shawls this February. 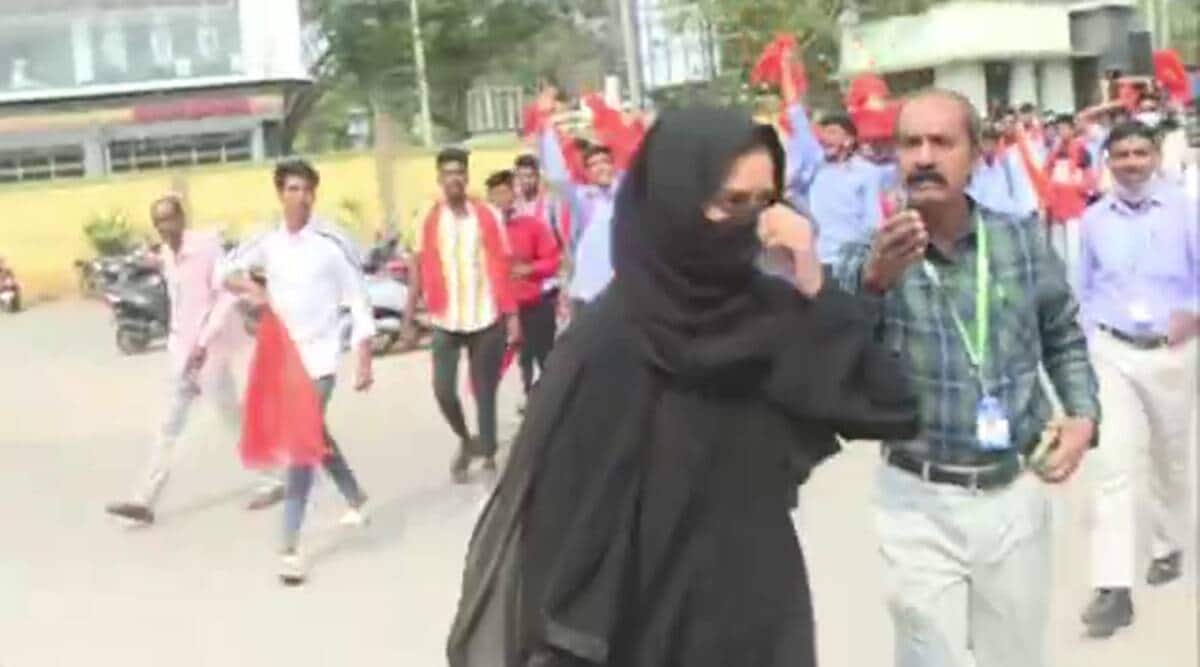 Muskan, a second-year student of BCom, was heckled by a group of men at the PES College in Karnataka’s Mandya district. (Screengrab)

“We do not know who he is and why he is involved in an issue of my country,” these were the words of Muskan Khan’s father Mohammed Hussain, reacting to Al Qaeda chief Ayman Al Zawahiri’s statements on the Karnataka hijab row.

Zawahiri, in a video released by Al Qaeda mouthpiece As-Sahab media on Tuesday, has showered praise on Muskan Khan, the Mandya student who raised slogans of Allah-hu-Akbar after being heckled by a group of men in saffron shawls this February.

Hussain, who is observing Roza during the month of Ramzan, said he came to know about the issue only in the afternoon of Wednesday. “I don’t even know who he is and it is wrong to take my daughter’s name. I am happy in my country. We do not need them (Al Qaeda) to speak about our country’s issues. They are just spoiling our peace,” he said.

Hussain added, “I was born in Mandya. We have been living here like brothers. The incident should not have happened and now we are not being allowed to live a peaceful life. The government should probe the matter and see who is involved in creating disharmony in society.”

Muskan, a second-year student of BCom, had come to PES College in Mandya to submit an assignment when she was heckled.

A hijab-wearing student at PES College in Mandya, after being heckled with ‘Jai Sri Ram’ slogans, retorted by saying Allahu Akbar or Allah is great.

Hussain said his daughter had not been able to take her exams as the college authorities denied her entry for wearing a hijab. “She will continue her studies next year. I will put her where hijab will be allowed,” he said.

Hussain said he had shared Al Zawahiri’s video with Muskan, and she too was disturbed. “She is worried about her education and these things really cause trauma,” he said.

“We have been saying this from the beginning, and the High Court too during the hijab verdict had suggested the possibility of some unseen hands behind the hijab row…now it is proved, because Al-Qaeda people are releasing videos,” Jnanendra said in response to a question on Zawahiri praising Muskaan.

“How things are happening, what is the link. All these things are being looked into by the police…they will find out,” he added.