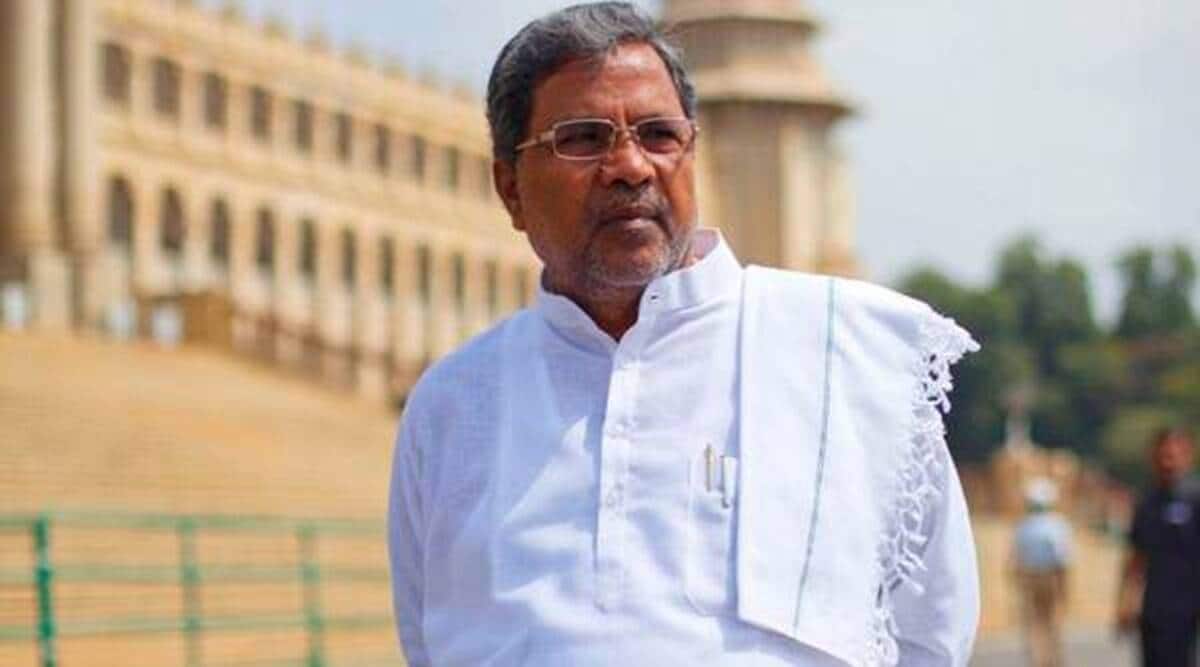 A film on Siddaramaiah is in the works. (File)

Nearly a month-old video of a purported conversation between Karnataka Congress chief Shivakumar and former chief minister Siddaramaiah at a program in Bengaluru on October 31 to mark the death anniversary of former Prime Minister Indira Gandhi has gone viral on social media.

In the video, Siddaramaiah can be heard asking about the absence of a portrait of Sardar Vallabhai Patel. “Today it is his (Sardar Patel) birth anniversary,” Siddaramaiah says in Kannada before asking Shivakumar, “There is no portrait of him?”

To which Shivakumar replies: “We never keep the photo (of Sardar Patel)”.

Siddaramaiah then warns him that the BJP “will take advantage” of this.

Shivakumar relents and goes on to instruct Congress workers present at the venue to put up a portrait of Sardar Patel, too.

The Indian Express has not been able to independently verify the video released by Renukacharya.

Shivakumar, Siddaramaiah and the Congress party have not responded so far to the viral video.

“Congress respects Patel for fear of BJP,” Renukacharya said in the tweet.

BJP National General Secretary CT Ravi said in a tweet: “If anyone had doubt how much the Nehru Dynasty hated Sardar Patel, this video clears it. CONgress leaders Siddaramaiah and DK Shivakumar agree to place photo of Sardar Patel along with that of Indira Gandhi fearing BJP.”

He further made a snide reference to Congress party chief Sonia Gandhi saying, “It is a shame that slaves are so much scared of an Italian.”

This was not the first time a purported off the record conversation has landed the Congress in a soup.

Last month, the party’s former MP and media coordinator were caught on camera making serious corruption allegations against Shivakumar minutes before they were to address a press conference. The party has suspended media coordinator Saleem and issued show-cause notice to V S Ugrappa, a former MP.