Covid restrictions extended in Karnataka till end of January

Karnataka on Tuesday registered 14,473 new Covid-19 infections along with five deaths. Bengaluru alone clocked 10,800 new cases, taking the active cases in the city to over 59,000. 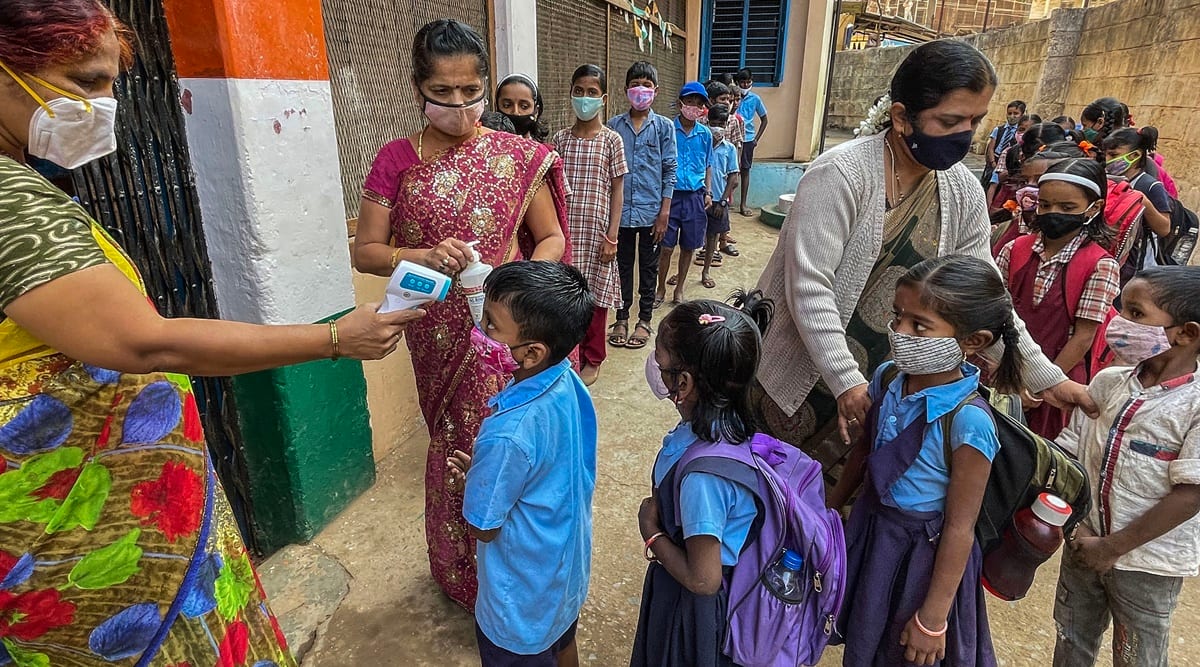 The cabinet has constituted a subcommittee of ministers headed by Education Minister Sabita Indra Reddy to study and prepare guidelines on the issues. File.

In a virtual meeting held Tuesday between Karnataka Chief Minister Basavaraj Bommai, members of the Technical Advisory Committee and other officials, it was decided to extend the Covid restrictions in the state till the end of January.

The meeting was conducted virtually as Bommai tested positive for Covid-19 Monday.

According to the Chief Minister’s Office (CMO), the meeting discussed the rise in cases among school children. “A decision has been taken to authorise the deputy commissioners of the respective districts to take a call on closing schools based on the number of cases, reports from the BEOs and health officers,” the statement said.

“Officials were instructed to arrange a children’s ward, ICUs and other treatment facilities for children at the taluk and district hospitals. Education and Health department officials were asked to conduct a general health check-up in schools every fortnight,” the CMO added.

The Chief Minister also instructed all Deputy Commissioners and Superintendents of Police to strictly enforce Covid-19 guidelines at public places.

“Instructions were issued to monitor the health of those home quarantined and for timely distribution of health kits for them. The CM also wanted the officials to strengthen the triaging to ascertain whether an infected person needs hospitalisation or not immediately on getting the test report,” the statement added.

“It was decided to utilise the services of house surgeons and final year nursing students in the home isolation and triaging process. As many as 27 Covid care centres will be started in Bengaluru immediately,” the CMO added.

As per the guidelines, all rallies and protests are prohibited. However, marriage functions are permitted to be conducted involving not more than 200 people in open spaces and 100 people in closed places, while strictly adhering to Covid- appropriate behaviour. In the order, the Chief Secretary also said that deputy commissioners have been asked to take a call on closure of schools and colleges in their respective districts in consultation with the health department.

With the festival season around the corner, the Karnataka government also issued fresh guidelines ahead of Vaikunta Ekadashi and Sankranti to curb the spread of Covid-19. Only routine ‘pooja’ is allowed at temples and a maximum of 50 fully vaccinated devotees are allowed for ‘darshan’ at a time.

The government has also decided to increase the daily testing in Bengaluru to 1.3 lakh. “The CM instructed officials to take stringent action against those holding public conventions. Action will also be taken to decongest the market areas based on the ground realities,” the statement said.

Karnataka on Tuesday registered 14,473 new Covid-19 infections along with five deaths. Bengaluru alone clocked 10,800 new cases, taking the active cases in the city to over 59,000.

The positivity rate in the state stood at 10.3 per cent. The total number of active cases in the state is 73,260.

‘Conspiracy’ case against Kerala actor: One of the accused close to minister, says director