The BMTC announced its fare hike on Thursday night, exactly a week after the Lok Sabha polls were conducted in the state. 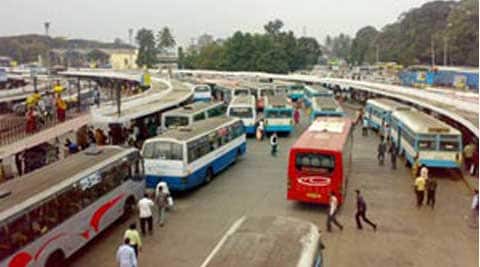 The BMTC announced its fare hike on Thursday night, exactly a week after the Lok Sabha polls were conducted in the state.

Condemning the Bangalore Metropolitan Transport Corporation’s post-poll decision to effect a 15 per cent hike in bus fares in Bangalore, a city bus travellers’ association — the Bangalore Bus Prayaanikara Vedike — will hold a protest at the Majestic bus stop on Saturday.

The protesters will seek to highlight the fact that the hike would affect over 90 per cent of the 52 lakh bus commuters in the city, majority of them being workers in the unorganized sector.

“Obviously the rise in the price of fuel is leading to an increase in the input cost for the BMTC. But like other public transport systems in the world, the BMTC must run on a service model and not a profiteering one. The hike will consume nearly 25 to 30 per cent of the wages of daily-wage earners and unorganized sector workers,” Vinay Srinivas, a member of the association, said.

The BMTC announced its fare hike on Thursday night, exactly a week after the Lok Sabha polls were conducted in the state. The base fare for non-AC buses has been hiked from Rs 5 to Rs 6 and AC buses from Rs 10 to Rs 15. The fares for the subsequent second and third stages of the journey in the non/AC buses has been raised from Rs 10 to Rs 12 and Rs 12 to Rs 14 respectively. In the AC fleets, the cost for the second stage will rise to Rs 15 and the third stage to Rs 20.

Starting from May 1, even the cost of bus passes will be hiked from Rs 55 to 65 with identity cards, while without ID cards, it will cost around Rs 70. The monthly gold pass will cost Rs 70, the dedicated premium monthly pass Rs 60,  the A/C Suvarna Rs 95 and the gold day bus pass will cost Rs 140.

The managing director of the BMTC, Anjum Parwez, said the bus fares were hiked to compensate for a hike in diesel cost that will lead to an anticipated expense of over Rs 145 crore in the current fiscal year. “Although the BMTC has seen a growth in revenue by 16 per cent, the cost of maintaining the fleet has also increased and the hike was therefore necessary,” he said.