The KSPCR found that officials violated norms by sending the nine-year-old to be looked after by a neighbour without informing the local child welfare committee after the child’s single mother was arrested along with the school’s headmistress on January 30. 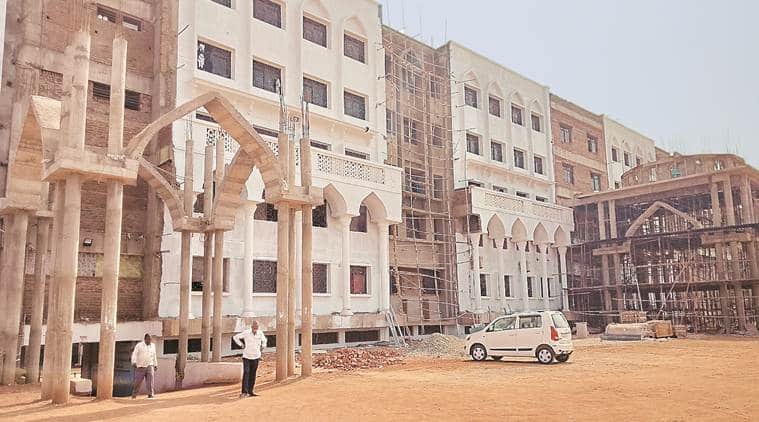 Following an inquiry into the questioning of children by police and the arrest of the widowed mother of a nine-year-old student in a sedition case against a school in Bidar over an anti-CAA play, Karnataka’s child rights commission has pulled up the district police for a number of violations, including of norms under the Juvenile Justice Act.

Karnataka State Commission for Protection of Child Rights (KSPCR) chairman Dr Antony Sebastian has sent a letter to Bidar officials, the SP and the deputy commissioner, with copies marked to the Karnataka DGP, stating that an “atmosphere of fear” was created at the Shaheen Primary School by the police probe. It has asked police to stop questioning the schoolchildren.

The KSPCR found that officials violated norms by sending the nine-year-old to be looked after by a neighbour without informing the local child welfare committee after the child’s single mother was arrested along with the school’s headmistress on January 30.

Read | ‘Seditious’ play in Karnataka school: ‘Brought daughter to Bidar as no good school in village’

The KSPCR chairman’s communique, sent Thursday, followed an inquiry by a two-member panel of the commission led by child rights expert Dr Jayashree. “After interactions with parents, school officials, children and the police, and after studying photographs and CCTV footage, it is clear that the police violated the rights of children at the school,’’ said Sebastian, a juvenile justice advocate.

“We have seen from pictures of the questioning of children that some policemen were present in uniform in violation of the law while some policemen were in civil clothes. When the children were being questioned, their parents or guardians should have been present,’’ Sebastian said.

“The inquiry has also found that a child whose parent was arrested was sent to the home of a neighbour without informing the child welfare committee in violation of the Juvenile Justice (Care and Protection of Children) Act, 2000,” he said.

The child rights official said that many students had stopped going to the school after police began questioning children as part of investigations into the sedition case over the play that was staged on the school’s annual day on January 21.

The KSPCR has asked Bidar Police to bring the plight of the nine-year-old to the attention of the court where her mother Najibunnisa’s bail plea is pending. Protesters in Bengaluru alleged Bidar police of indulging in a ‘clear violation of the Juvenile Justice Act’ for questioning minor students over a sedition case. (Express Photo/Ralph Alex Arakal)

The headmistress, Fareeda Begum, and the mother of the nine-year-old were arrested by Bidar Police following a complaint filed on January 26 by local ABVP activist Nilesh Rakshyal against the play.

In the complaint, the activist claimed that he saw a video of the play on a local journalist’s social media account where students were used to promote anti-national sentiments and some children slapped pictures of the Prime Minster with slippers to depict opposition to the CAA.

The police registered a complaint of sedition and breach of peace under section 124 A and 504 of the IPC against the head of the school, the management and Mohammed Yousuf Raheem, the journalist who allegedly streamed the video.