The researchers pointed out that overlapping jurisdictions of municipal hospitals and state health services complicate delivery of healthcare services in urban areas, reducing access to the most vulnerable population 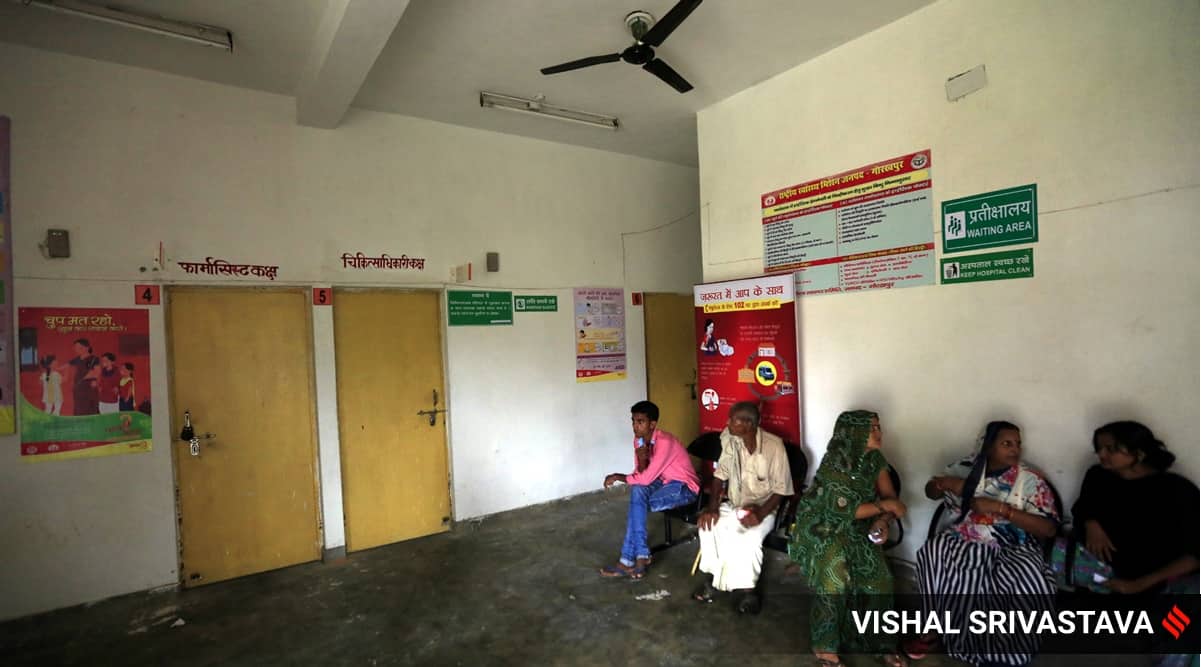 A recent study explores health vulnerabilities among the urban poor and availability, accessibility and cost of healthcare facilities. (Express Photo by Vishal Srivastav for representation)

With rapid urbanisation, the number of urban poor is only expected to increase and a well-functioning, better coordinated healthcare system is crucial to deal with it, indicates a recent study by Azim Premji University. The study finds that overlapping administrative jurisdictions such as that of municipal corporations (urban local bodies) and state health services and lack of coordination between them result in chaos in urban healthcare.

The study explores health vulnerabilities among the urban poor and availability, accessibility and cost of healthcare facilities. The comprehensive report on healthcare in urban India, released on November 19, highlights key gaps in the system that lead to inadequate health access for the urban poor.

“Complexities in defining urban boundaries in the urbanisation process and the multiplicity of health care providers both within and outside the government without coordination are challenges to urban health governance. Governments and decision-makers must recognise the severe asymmetry in health across income groups,” the report says.

It is often assumed that primary health care is the responsibility of the urban local body and secondary and tertiary care is that of the state government. According to the study, overlaps in the jurisdiction of the Department of Health and Family Welfare (DoHFW) and the city/town municipal corporations leads to a complex service delivery landscape often reducing access to services for the most vulnerable population.

In Bengaluru, there is a three-tier urban health system comprising health posts, family welfare centres, maternity homes, tertiary and super-specialty hospitals. However, these institutions are under diverse administrative jurisdictions. The researchers point out that six community health centres in the city are inadequate for an expanding city with 198 wards.

“In the central area under Bruhat Bengaluru Mahanagara Palike (BBMP) jurisdiction, we find a mix of primary health centres (PHC) operated by the BBMP as well as the state DoHFW. All the institutions classified as ‘District Hospitals’ in the National Family Health Survey (NFHS) database are in reality referral hospitals for the entire Bengaluru urban district, yet are clustered just within the core BBMP area. This close geographic proximity within the BBMP area of different levels of facilities nullifies attempts at setting up a referral chain, since the public just goes to the facility closest to them, even if it happens to be a District Hospital. For those on the periphery, reaching a higher referral facility means a long trip on Bengaluru’s congested roads, making it safer to simply access a private facility located close by,” the study says.

It elucidates the example of Davanagere where even normal deliveries get referred to a tertiary-level hospital. “Similarly, in KG Halli, a slum in Bengaluru, delivery cases are routinely referred to established secondary/tertiary hospitals such as Vani Vilas Hospital or Bowring and Lady Curzon Hospital. Such multiplicity of agencies and lack of coordination between them hampers the quality of services,” the report highlights.

The study suggests that urban local bodies need to allocate more resources towards health care. “For instance, the recent BBMP budget of Rs 9,286.8 crore allocates a mere Rs 336.6 crore for public health, that is, 3.6 per cent. Given the critical role played by the public health system in the pandemic response, this provides food for thought. Surely a larger share is warranted and could have been justified,” report says.

Another example highlighting the plight of the marginalised is the situation of the nearly 8,000 beedi workers in Davanagere town, most of them women from the Muslim community. The Beedi Workers’ Hospital is in Harihara, 14 km from Davanagere town. Weekly mobile clinic services, accompanied by a doctor, a pharmacist, a nurse and MTS staff, are conducted in all talukas of Davanagere district by this hospital from 11 am to 1.30 pm on Wednesdays.

“They provide only medicines, tablets and ointments for any health complaints by beedi workers, most of whom are women,” says Karibasappa, general secretary, Neralu Beedi Workers’ Union, Davanagere.

“Urban health care has received relatively less research and policy attention. This report is an important contribution that enhances our understanding of the health vulnerabilities of the urban poor, unpacks the health system governance challenges in different cities and towns and provides a road map for how to reimagine our urban health systems. The report demonstrates why it is important to prioritise urban health and act now,” said Arima Mishra, Professor, Azim Premji University.