Bangalore news updates: Get the latest updates on Bangalore traffic, Bangalore weather, the events in Bangalore today, Karnataka ministers' portfolios finalisation, and much more in our daily live blog. 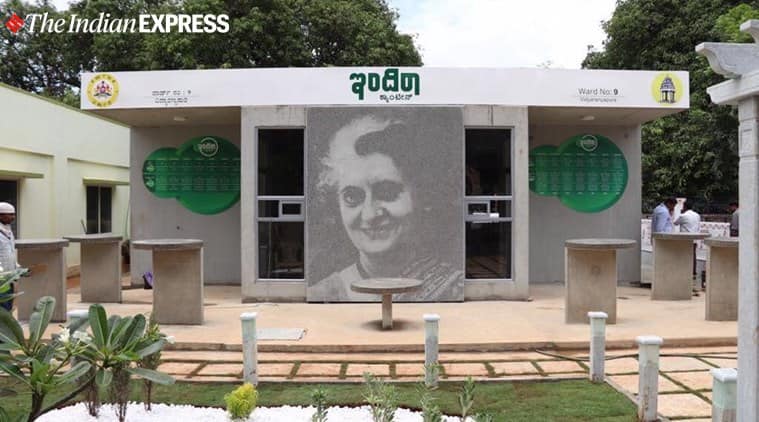 Meanwhile, the residents of Jakkur are upset over the incomplete Railway Over Bridge (ROB) in the area in North Bengaluru. The ROB which has been pending for nine years, the resident welfare associations (RWAs) have launched a signature campaign seeking support for a Public Interest Litigation (PIL) petition.

Due to the incomplete ROB interconnectivity between different parts of Jakkur has suffered as the terrible condition of the road has disrupted bus services.

The new ministerial portfolios are:

In a boost to its sustainability mission, the Kempegowda International Airport, Bengaluru (BLR Airport) will receive approximately 11 tonnes of waste plastic from the Bruhat Bengaluru Mahanagara Palike (BBMP). This plastic would be used to conduct trials that would enable BIAL to pave the roads within the Airport campus. BIAL has already taken the first step towards the management of plastic by banning single use plastic at the BLR Airport.

The plastic was handed over to a team from BIAL by the BBMP Mayor Gagambike Mallikarjun in the presence of BBMP Commissioner, N. Manjunath Prasad,  and other officials

Karnataka CM B S Yediyurappa to chair cabinet meeting at Vidhana Soudha in Bengaluru and discuss flood-relief works in the state.

The scene a day after we asked #BBMP to clear illegal encroachments along Bannerghata Rd, while also requesting police protection

The drive was in full flow yday, a Sunday. Goes to show that if we come together, we can find solns to our issues

Nalin Kumar Kateel to take charge as state BJP chief on August 27.  Nalin Kumar Kateel (52), BJP MP from the coastal Karnataka district of Dakshina Kannada who was pulled up by the BJP in May for briefly endorsing Mahatma Gandhi’s assassin Nathuram Godse, was recently appointed the new party president in Karnataka, replacing veteran B S Yediyurappa.

Kateel, a three-time MP who was first elected to the Lok Sabha in 2009 by defeating Congress veteran Janardhan Poojary by a narrow margin, is expected to toe the party leadership’s line, unlike his predecessor.

Kateel, a member of the Bunt community from coastal Karnataka, has his roots in the RSS in Mangalore but does not enjoy a mass support base like Yediyurappa.

A small-time businessman and RSS worker, Kateel has over the last five years built strong links in the top echelons of the BJP and RSS, enabling him to emerge as a dominant political figure in the region despite losing the confidence of people like his one-time mentor and local RSS strongman Prabhakar Kalladka. 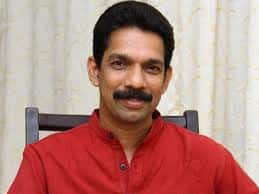 Gangaiah Hegde, 95, father of Cafe Coffee Day founder late V G Siddhartha, passed away at a hospital in Mysuru, on Sunday. Hegde passed away nearly a month after his son Siddhartha's demise. Siddhartha went missing on July 29 from the Netravati Bridge, later he was found dead on the banks of Netravati River in Mangaluru on July 31. Gangaiah Hegde was in a coma for a prolonged period of time and was unaware of his son’s death.

Minister of State for Railways, Suresh Angadi on Monday took stock of facilities being offered to passengers at KSR Bengaluru railway station.

Took stock of facilities being offered to passengers at KSR Bengaluru railway station. Inspected canteen & its hygiene, and directed officials to ensure highest standards in quality of food being served. @RailMinIndia is striving towards cleanliness & passenger satisfaction. pic.twitter.com/GawOIbRrdF

Karnataka Chief Minister Yediyurappa forwards the list of portfolios to Governor Vajubhai Vala at RajBhavan in Bengaluru. Allocation of portfolios is likely to be announced today.

Karnataka State Road Transport Corporation (KSRTC) has arranged checking of its services operated in the State and neighbouring States. According to the press release by the KSRTC, in the month of July -2019, 46,458 buses were checked, 4844 Pilferage cases were detected, 5935 ticket less passengers penalized, Rs.7,35,523 fine collected and Rs.89,043 pilferage amount detected. Disciplinary action has been initiated against the erring staff.

Congress Legislature Party (CLP) leader Siddaramaiah on Monday hints at midterm polls, says midterm polls may be conducted anytime and it's difficult for the Chief Minister B S Yediyurappa's government to survive for long.

Ola driver arrested for murder of Kolkata model in Bengaluru

The driver of a car linked to an app-based taxi aggregator service in Bengaluru has been arrested by the city police for the July 31 murder of a young model and event manager from Kolkata while she was being transported to the Bengaluru airport.

As part of its crackdown on single-use plastic, the Bruhat Bengaluru Mahanagara Palike (BBMP) has warned online grocer BigBasket, based on a social media post showing its products were wrapped in cling film.

Commencing Sept 1st, 2019 @bigbasket_com would be penalised substantially if they continue using cling film. Please note that the new SWM Bye laws allow #BBMP to close down store and suspend / cancel trade license if such single use plastics incl cling film are being used. https://t.co/rebEb6PFhS

A 33-year-old man was killed after he was hit on the head with a beer bottle in JP Nagar on Sunday. Around 1am, Suneel, a cab driver from Marenahalli, was heading home on his bike. As he arrived near JP Nagar II Stage, some miscreants picked up a fight, hit him with the beer bottle and stabbed him. Suneel died on the spot. Police suspect it was a street fight since Suneel’s purse and cellphone were not stolen. They are checking CCTV footage to ascertain the number of miscreants involved.

High alert has been sounded in the coastal parts of Udupi district following the intelligence about infiltration of six LeT militants into Tamil Nadu. According to reports, the Coast Guard police have put up notices with photographs and other details of the Pakistan militants, at Malpe beach and other public places. Superintendent of Police Nisha James said that security had been tightened at important places such as port and tourist places.

The train services between Bengaluru and Mangaluru were restored on Sunday. The services remained suspended since August first week due to frequent landslides following heavy rains. SWR Mysuru Division Senior Divisional Operations Manager Sathish said that the affected stretches on the Ghat section were finally cleared on Saturday and a goods train was operated to test the suitability of the track for train operation.

Meanwhile, even though some Bengalureans think that this innovation arrived a bit late to the Silicon Valley, the atmosphere at the first Robot Restaurant in the city is nothing short of festive.

At the same time, after a decade-long wait, Bengaluru’s National Military Memorial (NMM), built as a tribute to the soldiers who laid down their lives for the county, is likely to be opened for the general public by Vijay Diwas on December 16.