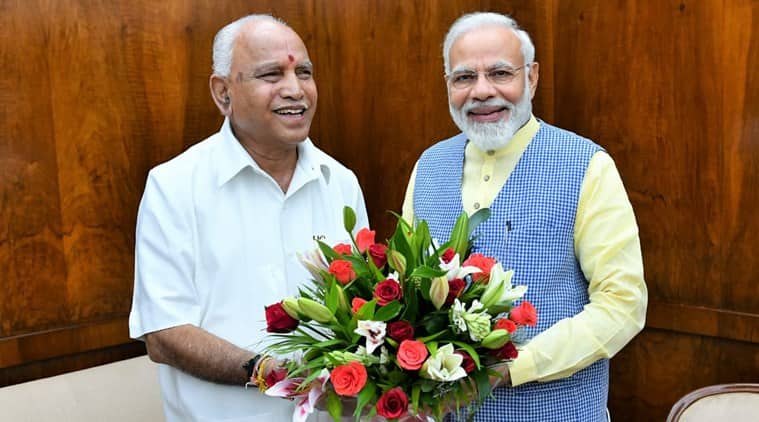 Bangalore news Highlights: In the wake of works related to the airport upgrade at Kempegowda International Airport, the entry, and exit to the same is likely to be delayed. The airport officials have issued an advisory indicating that the traffic might be slow on the entrance and exit routes to the city between 8 am and 2 pm on Tuesday (August 6).

Meanwhile, Bangalore’s local civic body the Bruhat Bengaluru Mahanagara Palike (BBMP) is likely to pick waste from apartments and bulk garbage generators at night. This is done in a bid to avoid mix-up of garbage collected from individual and bulk generators, according to the Urban Development Department (UDD).

A first major landslide in Kodagu this year. The link between Kodagu and Kerala via Makkuta-Virajpet has been severed as landslides have been reported with the highway caving-in at Vaatekolli near Perumbadi on Monday.

First major landslide in #Kodagu this year. The link between Kodagu and #Kerala via Makkuta-Virajpet has been severed as landslides have been reported with the highway caving-in at Vaatekolli near Perumbadi on Monday. @IndianExpress @IEBengaluru pic.twitter.com/hTphLnh9ot

Chief Minister B.S. Yediyurappa met Union Minister of Finance, Nirmala Sitharaman, and asked her to resolve many pending issues with the Ministry of Finance.
He sought income tax exemption to State Building and other construction Workers’ Boards by including them under section 10 (29A) of the Income Tax Act, 1961 and requested for the release of Performance Grant under 14th finance Commission to Urban Local Bodies and Rural Local Bodies.

Pune-Bengaluru stretch of NH 48 to be closed

The Pune-Bengaluru stretch of the National Highway 48 will remain closed for a few days for vehicle movement. The road is closed due to blockages at several points on the highway. A landslide near Kognoli in Maharashtra was reported on Monday evening and flooding of the road near Kolhapur, Kakati, and Yamagarni villages along the way on Tuesday following heavy rains in western Maharashtra and north Karnataka regions.

Rainfall forecast (for next 24 hours) by KSNDMC in Karnataka. He also sought to settle pending claims under PMFBY and release of Funds to meet statutory obligations under MGNREGS for the Financial Year 2019-20 and clear outstanding net advances of State for the year 2015-16, 2016-17 and 2019-20. Chief Minister requested to release financial benefits to all eligible beneficiaries under PM-KISAN in the state. MP Shobha Karandlaje, MLAs Jagadish Shettar, and R. Ashok were present.

Helpline numbers to address rain-related grievances and provide timely help to the people in trouble have been set up by the district administration in Dharwad.  Helpline - 1077, WhatsApp- 9480230962

As heavy rains and floods continue in north Karnataka and parts of Maharashtra and Telangana, the Karnataka State Road Transport Corporation (KSRTC) has cancelled all services to Mumbai, Pune and Shirdi. While four services each to Mumbai and Pune stays cancelled, one service each to Shirdi and Kollapur have also been cancelled, KSRTC said in a statement released on Monday.

Taxi-hailing app Uber said it has revoked the access of a driver to its app in Bengaluru after a woman shared her ‘traumatising experience’ in a cab driven by him, and accused the app of failing to address her concerns. The woman tweeted she had booked a cab and was travelling in it when she heard the driver telling someone over the phone how “bad” some of his customers were. He also told the passenger that as an educated woman, she should not be out drinking with friends. However, she said that when she told him to mind his own business, the driver started abusing her. Read more

Arial survey will show it's due to the bottleneck at Eco space !!
@blrcitytraffic you doing good job but need some permeant solution #Bengaluru @BSYBJP pic.twitter.com/r3peNckn7l

Average air quality in Bengaluru is 'moderate'. At 10.20 am, PM 2.5 (Fine Particulate matter) is at an 'unhealthy' level if you are near Kadubeesanahalli. or Mathikere. The same is at 'moderate' levels near Koramangala, Bapuji Nagar, and Ulsoor. The Sri Radha Krishna ISKCON Temple located at Rajajinagar, in North Bangalore has deities of Radha and Krishna. It is one of the largest ISKCON temples in the world. 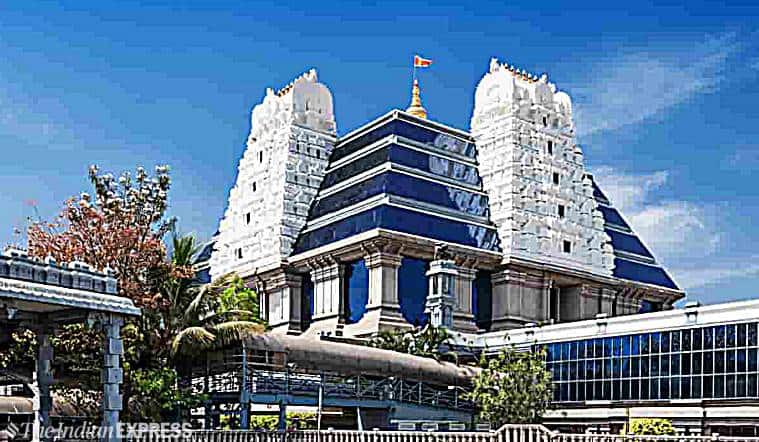 In the wake of incessant rains, schools and colleges in Dharwad district will remain closed today and tomorrow, according to district administration officials. Rani Chennamma Express to have 2 lesser halts from now

TEMPORARY ELIMINATION OF STOPPAGE OF TRAIN
It is decided to eliminate the stoppage of TrNo.16589/16590 KSR Bengaluru-
ChhatrapatiShahuMaharaj
Terminus Kolhapur–KSR Bengaluru RaniChennamma Exp from Dodbele&Ammasandra for passenger traffic w.e.f 27.08.2019 due to poor patronization

Ordinance to release Rs. 2000/- State’s Share under Krishi Samman Yojana to farmers*
--
Chief Minister B.S. Yediyurappa held a cabinet meeting today in which a decision was taken to bring out an ordinance to increase the contingency fund from Rs. 80 crore to Rs. 2200 crore Meanwhile, the Karnataka government led by Chief Minister BS Yediyurappa has put Bangalore’s local civic body the Bruhat Bengaluru Mahanagara Palike (BBMP)’s budget on hold, irking many, including those from the opposition Congress.

At the same time, the world-class arena in the Kempegowda International Airport premises, according to the current plans, will have the capacity to accommodate up to 9,000 people and be capable of hosting a wide range of events such as music concerts, award shows, exhibitions, and conventions apart from weddings.

Auria Kathi, supposedly the first Artifical Intelligence bot-artist, is on cloud nine as one of her artworks have been selected to be exhibited at the Florence Biennale in Italy. An innovation of Fabin Rasheed (a designer based in Bengaluru) and Sleeba Paul (an engineer from Kochi), the AI artist-poet was named so based on an anagram for AI Haiku Art, Auria’s inventors explain.

READ| Auria Kathi, an AI bot generates Haiku poems and art to go with it