Bengaluru News Highlights: Congress to hold protest in Hubballi against delay in implementation of Mahadayi project

Bengaluru News Highlights: Earlier, highlighting the delays in the implementation of the Kalasa-Banduri project, Karnataka CM Bommai had announced its implementation in a bid to boost the electoral prospects of the BJP in the Kittur Karnataka region. 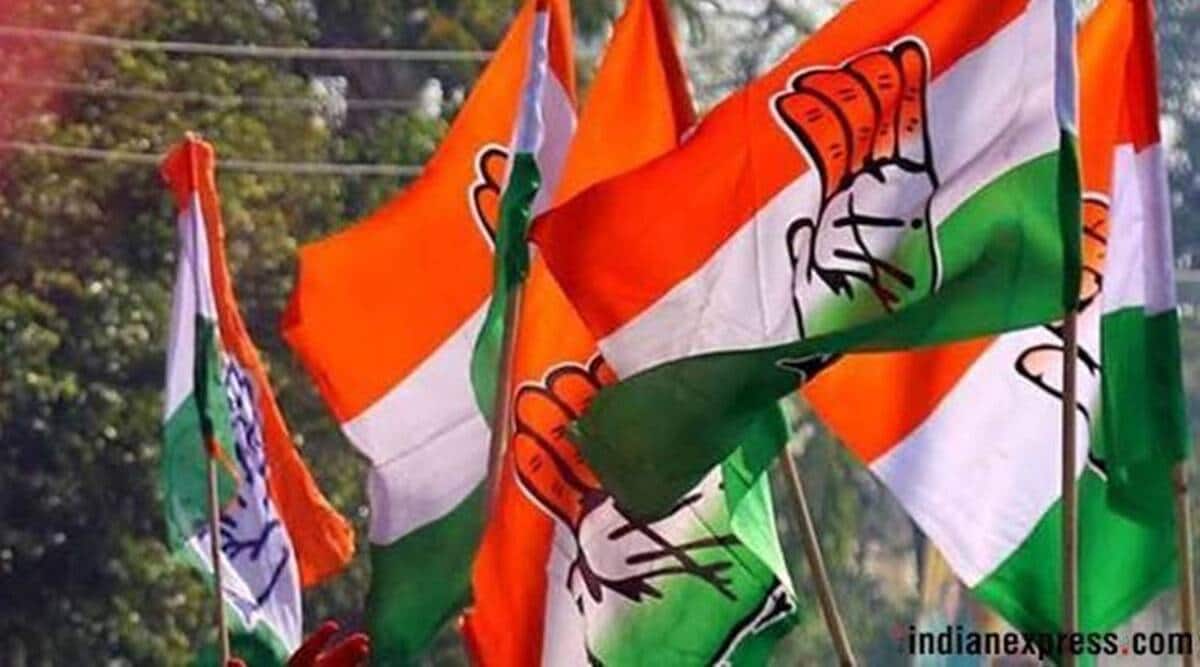 Bengaluru News Highlights: The Congress party will be holding a massive rally on Monday to demand the implementation of  Mahadayi project in the state. Earlier on December 29, highlighting that the Kalasa-Banduri project is being delayed for the past several decades, Karnataka CM Basavaraj Bommai announced its implementation in a bid to boost the electoral prospects of the BJP in the Kittur Karnataka region. The Kalasa-Banduri Project, a dam, has been designed to divert water from the Mhadei basin to the deficit basin of the Mala-prabha river.

Chief Minister Basavaraj Bommai, in the meantime, on Sunday, dismissed the speculations of a merger between Karnataka’s popular milk and dairy products brand ‘Nandini’ and Anand Milk Union Ltd (Amul) of Gujarat. He said that the Union Home Affairs Minister Amit Shah’s statement in Karnataka’s Mandya for pushing “cooperation” between the Karnataka Milk Federation (KMF) and the Anand Milk Union Limited (Amul) in Gujarat was being misinterpreted. The statement made by Shah on Friday had not gone down well with the citizens and the Opposition to save the brand ‘Nandini’.

In other news,  Karnataka Health Minister Dr K Sudhakar Saturday announced that travellers from high-risk countries like China, Japan, South Korea, Singapore and Thailand will be quarantined for seven days from the date of arrival. The health department informed that Karnataka is reporting about 30 to 40 cases daily and the Test Positivity Rate (TPR) has been around 0.59 per cent to 0.7 per cent for the last five months.

Bengaluru news highlights: Nandini brand to remain independent, no merger on the cards, says Karnataka CM Bommai; travellers from ‘high-risk’ countries to be quarantined for 7 days in Karnataka and more. Follow all the latest updates from Bengaluru here.

In a bid to reach out to the schoolchildren residing in villages abutting Bandipur Tiger Reserve, the Karnataka Forest Department has launched a three-year programme called Bandipur Yuva Yatra on January 2. It envisages to provide an opportunity for the underprivileged students to explore, understand, experience and learn more about the tiger reserve and its wildlife in the context of their immediate surroundings. Read More

Two days after the death of a 47-year-old businessman in Bengaluru, following which Karnataka BJP MLA Arvind Limbavali and five others were named in the FIR, Congress leaders Tuesday demanded the government to arrest Limbavali and provide justice to the victim’s family.

Pradeep S, 47, a resident of Ambalipura in Whitefield, reportedly shot himself with a licensed gun around 5.30 pm on January 1 while returning from Woodrose resort near Kaggalipura, where he had gone with his wife’s family. Read More

Speaking at the launch of the book, Kannada filmmaker and environmentalist Suresh Heblikar said that the biodiversity habitat at Sri Dhanvantari Arogyashram should be shown to companies in Bengaluru where medicinal plants could be planted in vacant spaces. Read More

What began as a casual meet-up between Kannada rappers Dr Deepak Shridhar (Chindi Chitranna) and Anoop KR (Kata) ended up as one that laid the foundation for the satirical rap track, ‘Aladsu’ (which translates to ‘shake’). Canada-based Dr Deepak Shridhar is a scientist by profession while Bengaluru resident Anoop KR is a graphic designer.

The track calls out how the government has ‘recklessly’ spent the income of citizens without paying heed to Bengaluru’s crater-filled roads and the problems they cause to commuters. Read More Story is the star: The global appeal of south Indian cinema

One of the most remarkable developments in cinema in 2022 was how many people crowded to cinema halls across the country to watch films made in south India. The pan-Indian success of films like RRR, Kantara and KGF:2 reflected a country that was waking up to a kind of cinema that had been beyond its imagination and reach so far.

There are certain factors which shed light on why movies made in Tamil, Telugu, Malayalam and Kannada have managed to go beyond their traditional audiences and capture the imagination of the nation in a way that Hindi films have not been able to recently. Read More 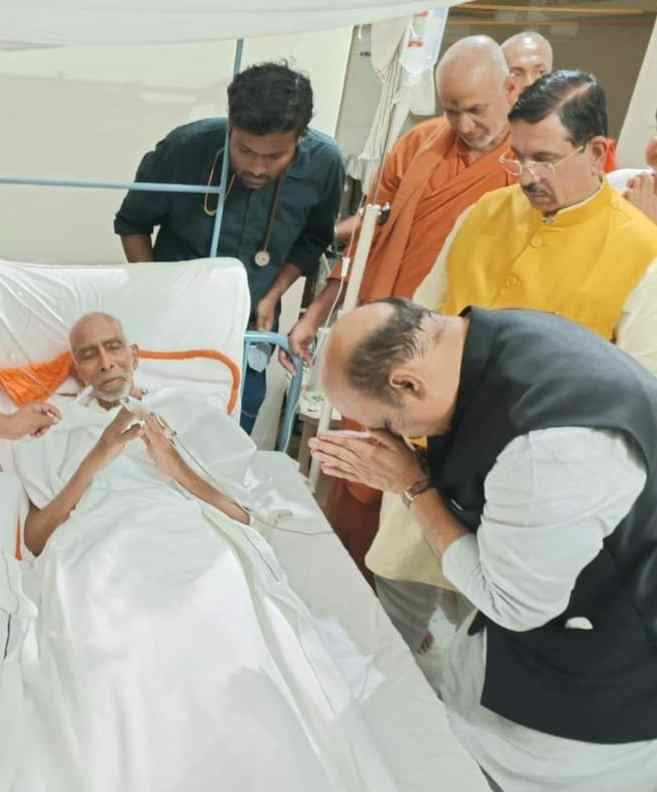 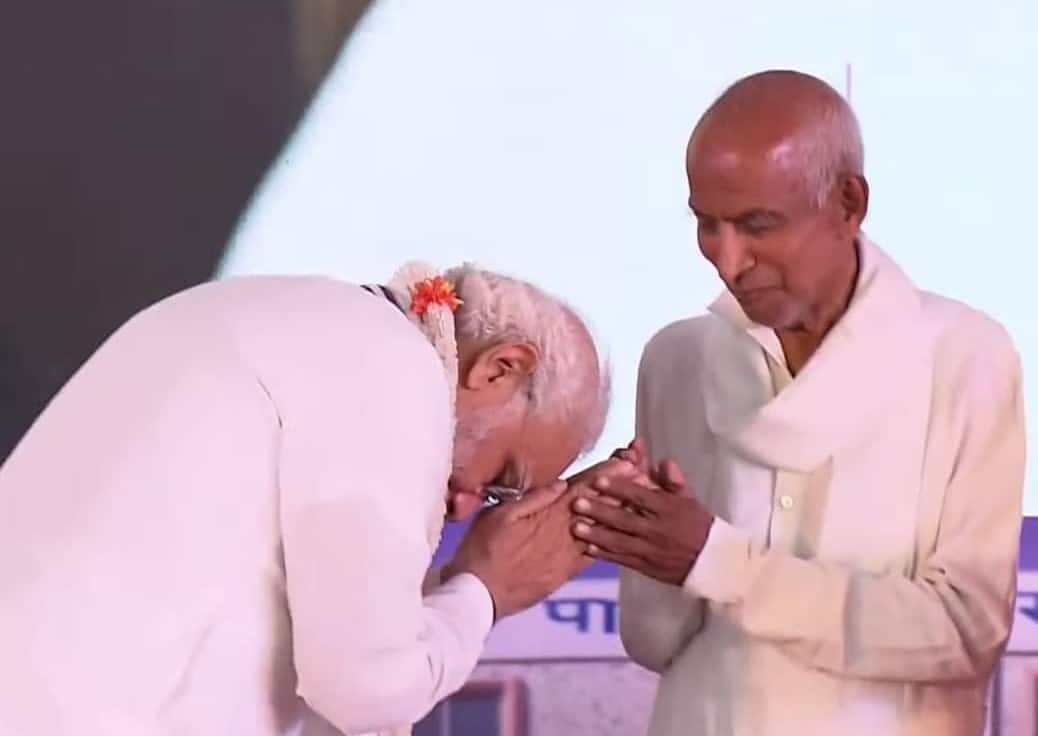 “Burn my body and post death rituals are unnecessary. Please do not build any memorial,” was the death will written by Karnataka’s Jnanayogashrama head Siddeshwara Swami in 2014.

Prominent Lingayat Seer Siddeshwara Swami died at the age of 81 following age-related complications Monday night. He was among the best-known seers from North Karnataka known for his spiritual discourses. Read More

Prominent Lingayat seer Siddeshwara Swami died at the age of 81 following age-related complications. He was among the best-known seers from North Karnataka and renowned for his spiritual discourses.

Vijayapura Deputy Commissioner Vijaymahantesh Danammanavar said that the seer breathed his last at around 6 pm Monday. The public will be allowed to pay last respects from 4.30 am Tuesday at Jnanayogashram. It will be then shifted to Sainik School at 6.30 am where the mortal remains will be kept till 3 pm. The last rites will be performed at 5 pm. Read More

Six months on, govt reverses sand, gravel rates to Rs 5.5/cubic feet
‘Today it was Vikas, tomorrow it could be any of us’: Parking...
Applications to regularise unauthorised constructions to be accepted offline
Fire at Ahmedabad high-rise causes panic among residents, 45 evacuated
‘Large-scale rigging’ in law entrance exams at Delhi University, claims P...
More from Cities >>
Students of govt hostel in Bengaluru allege exploitation by warden, others

Students of the BCM Girls Hostel (under Karnataka backward class department) in Bengaluru’s Rajarajeshwari Nagar alleged that the hostel warden and authorities are “abusing, ill-treating and exploiting” them by using them for “personal services” and making them clean the toilets.

The students alleged that the warden is threatening them to cancel their admission seats if they do not clean the toilets or go against the orders. Read More A 19-year-old BTech student was stabbed to death by her distant relative at a college in Bengaluru Monday for allegedly rejecting his proposal. The assailant tried to take his life by stabbing himself in the chest after attacking the girl, the police said. The girl died on the spot while the boy’s condition is critical, they added. 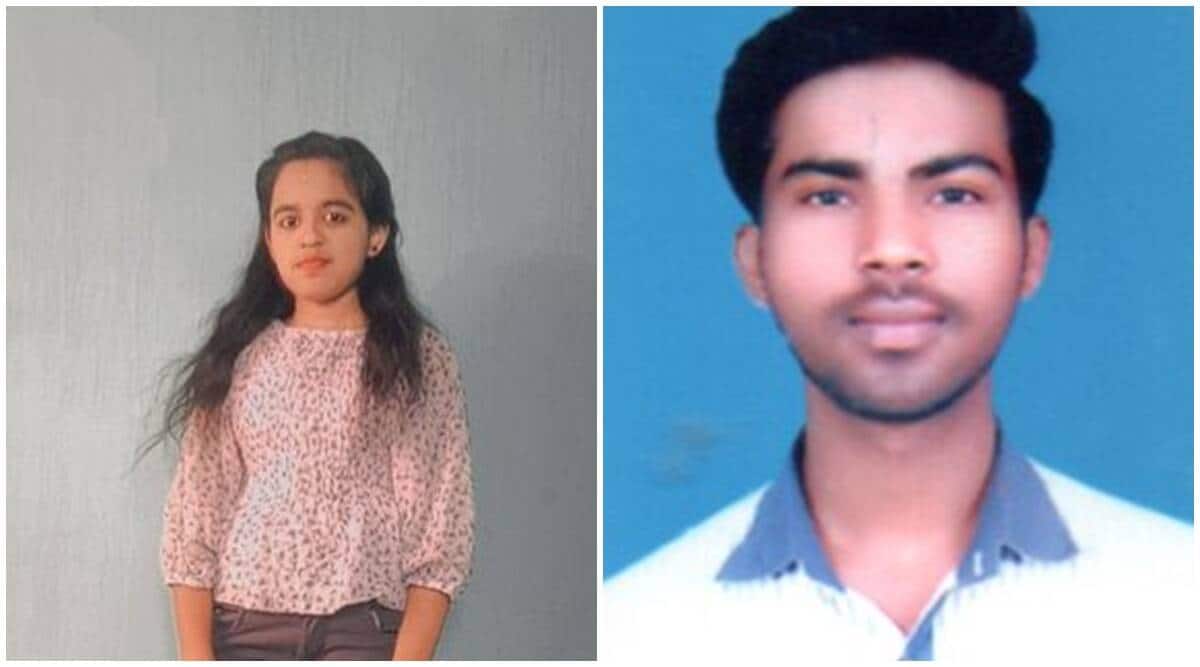 Nandini brand to remain independent, no merger on the cards: Karnataka CM Bommai

Such ‘rumours’, he said, were due to the misinterpretation of statements made by Union Home and Cooperation Minister Amit Shah. Nandini is a brand of Karnataka Milk Federation (KMF), a government-run cooperative. Read More

‘Biggest gift of my life’: Haryana man reunites with wife who went missing nine years ago

Kehar Singh, 55, from Haryana had a reason to celebrate the New Year in a big way as he reunited with his missing wife after nine years at Kodagu on Saturday. Thanks to a Karnataka-based shelter home that took care of her for four years and also contacted her family in Haryana. Read More 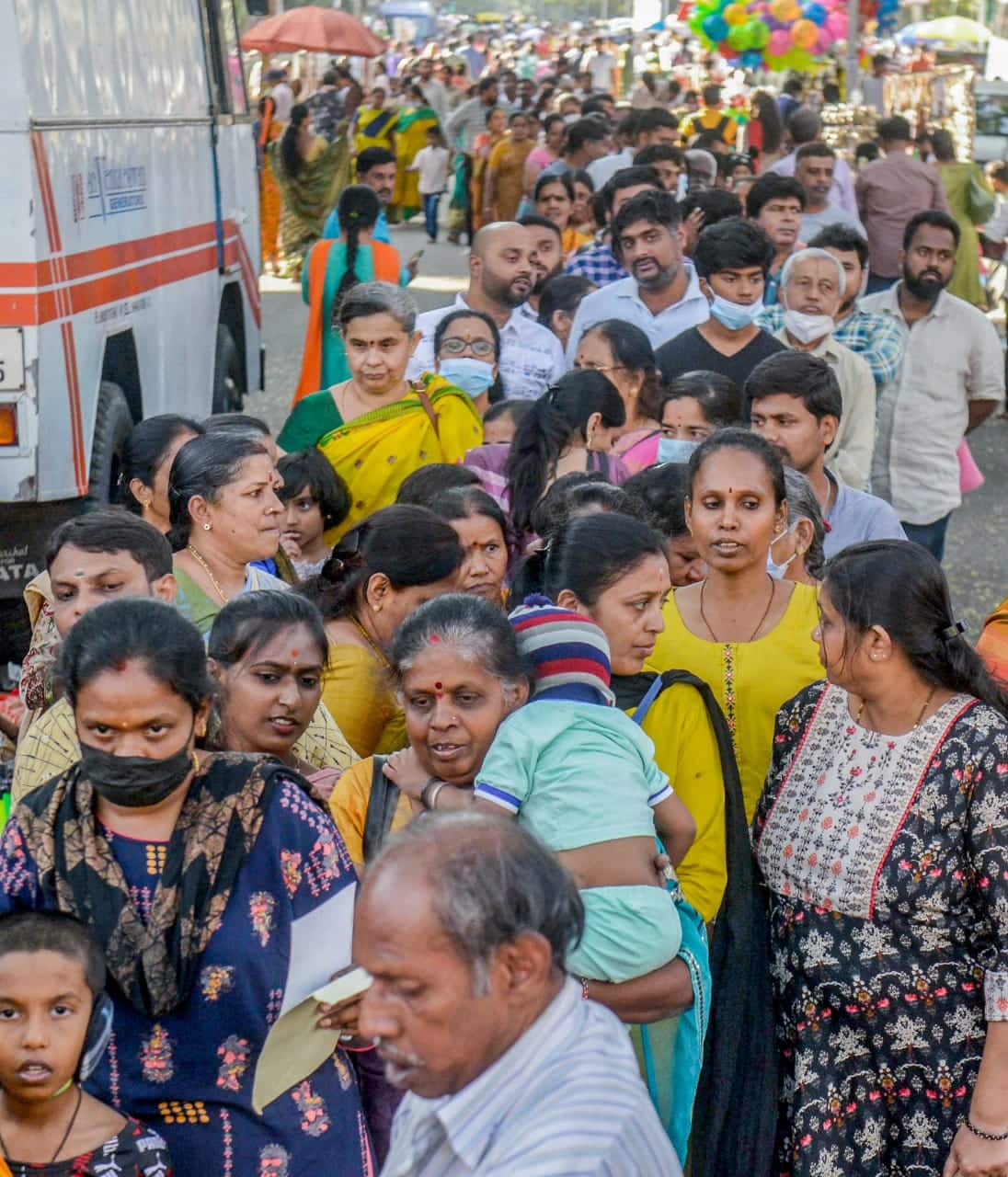 Karnataka to go ahead with Kalasa-Banduri project, slams opposition by Goa

Karnataka Water Resources minister Govind Karjol Monday said the state would go ahead with the Kalasa-Banduri project on River Mahadayi despite opposition by neighbouring Goa.

“Nobody should raise an objection to the water share awarded by the Tribunal,” he said referring to the 2020 Mahadayi Water Disputes Tribunal allocating 13.42 tmcft from River Mahadayi to Karnataka.

“Karnataka does not require any permission (from Goa) to use the water awarded to the state,” he told reporters. Read More

As Union Home and Cooperation Minister Amit Shah’s statement on Karnataka’s dairy cooperative drew fire from sections of the Opposition, netizens and farmer leaders, Chief Minister Basavaraj Bommai swiftly joined issue with them to rule out the question of merger of the state’s popular dairy brand Nandini with Gujarat’s Amul. Read More

Political leaders in Karnataka have long been jostling to credit their respective parties for the execution of the Bengaluru-Mysuru Expressway on NH 275.

However, now leaders within the BJP appear to be divided over naming the 119-km stretch.

The 10-lane expressway is expected to be inaugurated in January or February this year. Read More

India's top automakers in December reported a double-digit rise in the sale of the more expensive utility vehicles, while entry-level cars saw muted demand despite discounts.

Auto sales numbers are keenly watched as they are among the key indicators for assessing private consumption, which has more than 50% weightage in calculating the country's economic growth.

Utility vehicles (UV), among the fastest-growing segments, saw a 22.3% rise in sales at Maruti Suzuki India and 62.2% at Mahindra and Mahindra. (Reuters)

As part of a shuffling exercise within police administration in the state, the Karnataka government Monday transferred four IPS officers from their current positions until further orders.

According to the gazette notification, Sri Anupam Agrawal, the Deputy IGP & Director of the Karnataka Police Academy, Mysuru has also been transferred to a downgraded post as the Deputy IGP of the Northern Eastern range in Kalaburgi.

Political Pulse: Ahead of Karnataka polls, BJP tries to make the most of Assembly Winter Session

The BJP’s quota politics and the border row with Maharashtra were among the most crucial issues during the Karnataka Assembly’s Winter Session that was held in Belagavi from December 19 to December 29.

The Assembly approved an increase in the SC and ST quotas even as the Bommai Cabinet allowed the reclassification of Vokkaliga and Lingayat communities in an attempt to boost the BJP’s prospects in the coming Assembly elections. It also passed a resolution on the border row amid simmering tensions with Maharashtra. Read Akram M's piece here.

Bengaluru businessman ‘kills himself’; BJP MLA and five others named in note

Pradeep S, a 47-year-old resident of Ambalipura in Whitefield, allegedly shot himself dead with a licensed gun around 5:30 pm while returning from the Woodrose resort near Kaggalipura, where he had gone with his wife’s family.

He was allegedly found dead in his car with a bullet injury on Bengaluru’s outskirts on January 1. In an eight-page purported suicide note, he wrote that BJP MLA Aravind Limbavali and five others had cheated him, the police said. Read more here.

While Brigade Road, MG Road and Church Street are popular for their pub culture and New Year revelry, they are also known for housing Bengaluru’s literature hub. Amidst the hustle and bustle of Bengaluru, these bookstores tucked in the heart of the city are sure to comfort you and transport you to a world of fiction, adventure, history – and some nostalgia.

One can get lost for hours together in between the endless aisles and cosy corners of Bengaluru’s many bookstores that cater to the city’s rich reading community.

Nobody can dare occupy an inch at Indo-China border when ITBP is on patrol: Amit Shah

He was speaking after laying the foundation stone for the Central Detective Training Institute and inaugurating the ITBP’s residential and administrative complexes at Devanahalli near Bengaluru.

“Among the central armed police forces, the ITBP works in the most treacherous terrain in the country. We cannot even imagine… Protecting the borders of our nation at -42 degrees Celsius is possible only due to the great determination and patriotism of the soldiers,” he said.