Lakes of Bengaluru: When a defence PSU stepped in to revive the Doddabommasandra lake

Besides Bharat Electronics Limited (BEL), representatives of various political parties and departments worked together to rejuvenate the 300-year-old lake. 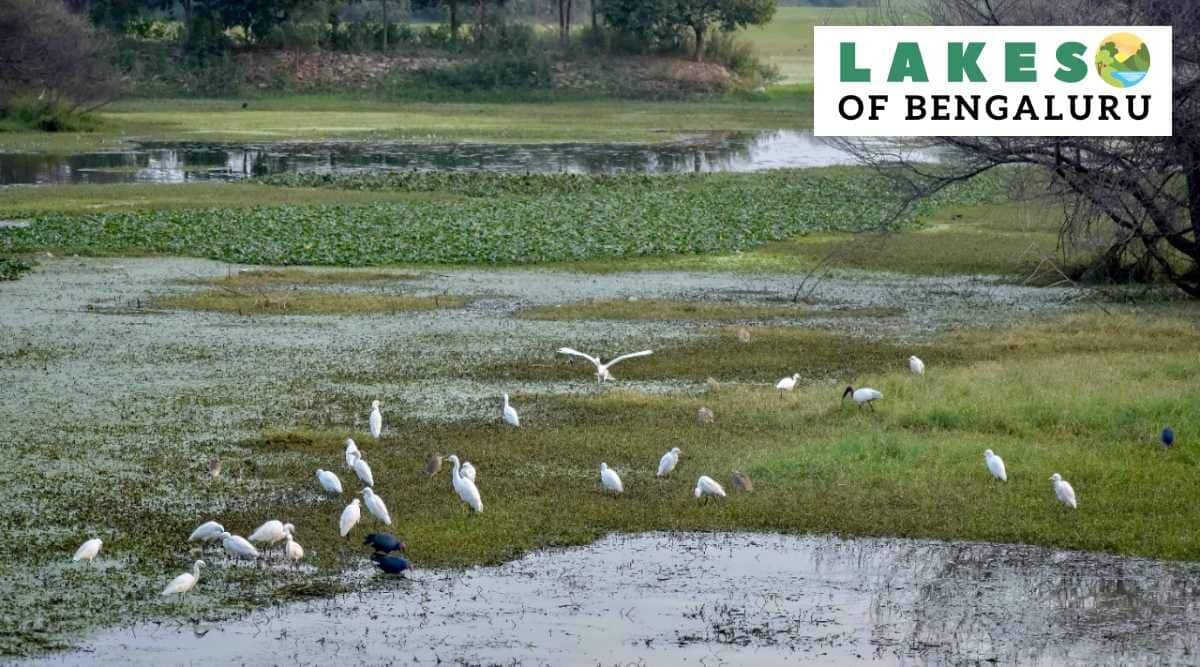 Spread across 124 acres along the Hebbal valley in northern Bengaluru, the Doddabommasandra lake is unique in that defence PSU Bharat Electronics Limited (BEL) has built a 10 MLD sewage treatment plant (STP) to channel tertiary treated water into it since 2018.

The 300-year-old lake was primarily used for irrigation purposes and experts point out that its restoration has helped improve the groundwater table in the area. (Express Photo: Jitendra M)

As part of efforts initiated under its corporate social responsibility programme, BEL will also maintain the plant for the next 20 years. Of the treated water, 8 MLD goes into the lake, while the rest is utilised by the PSU.

Ram Prasad, co-founder of the volunteer group Friends of Lakes, said, “This lake is a shining example of a joint effort from various corners in which the representatives of two different political parties – BJP MP from Bangalore North D V Sadananda Gowda and Congress MLA Krishna Byre Gowda – as well as local political representatives were all involved in its restoration. They got the necessary clearances from the forest and revenue departments.”

“The now-defunct Karnataka Lake Conservation and Tank Authority (KLCDA), Revenue Department and the Bruhat Bengaluru Mahanagara Palike (BBMP) put in their best efforts. Last year, encroachments were also evicted and, at present, the lake receives treated water. With the rejuvenation of the lake, open wells in the area are brimming with water,” he remarked, adding that the lake now needs de-weeding. Prasad said over 45 different species of birds have been spotted at the lake.

The catchment area for Doddabommasandra Lake is about 680 ha or 6.8 sq km. (Express Jitendra M)

The STP at the lake was designed as per the latest Sequential Batch Reactor Technology (SBR), which is said to be an advanced version of the well-established Activated Sludge Process of the Central Public Health and Environment Engineering Organisation (CPHEEO). Sewage is fed into the SBR units for biological treatment involving organic matter degradation, nitrification, denitrification and phosphorus removal, a BEL official revealed. The oxygen required for the process is supplied through a fine-bubble diffused aeration system with auto control of oxygen levels in the basin.

Lakes of Bengaluru |In the name of ‘development’, Bengaluru’s Ullal Lake is now a stinking bed of sewage

The catchment area for Doddabommasandra Lake is about 680 ha or 6.8 sq km. While some encroachments were removed in August 2021, locals point out that some still remain. The civic agency has built an RCC barrier wall around the lake after evicting encroachers.

Advertisement
The oxygen required for the process is supplied through a fine-bubble diffused aeration system with auto control of oxygen levels in the basin. (Express Jitendra M)

A senior BBMP official said an encroachment spread across 0.89 acres was cleared in a joint operation with the police. “The encroachment was by a private person, Srinivas, who tore down the fence, installed a Ganesha idol and erected a water tank and building. It was cleared by BBMP special commissioner (lakes/assets) Reddy Shankar Babu in a joint operation with the Kodigehalli police,” the official added.

“A tree park will be developed on 0.3 acres of the recovered land. The Doddabommasandra lake will be maintained by the BBMP Lakes Department and the Horticulture Superintendent of Yelahanka zone. Several construction works have been completed here, including pipeline diversion, canal construction, silt clearing, pedestrian walkway, sluice pedestrian flyover and Ganesha idol immersion pond,” the official informed.