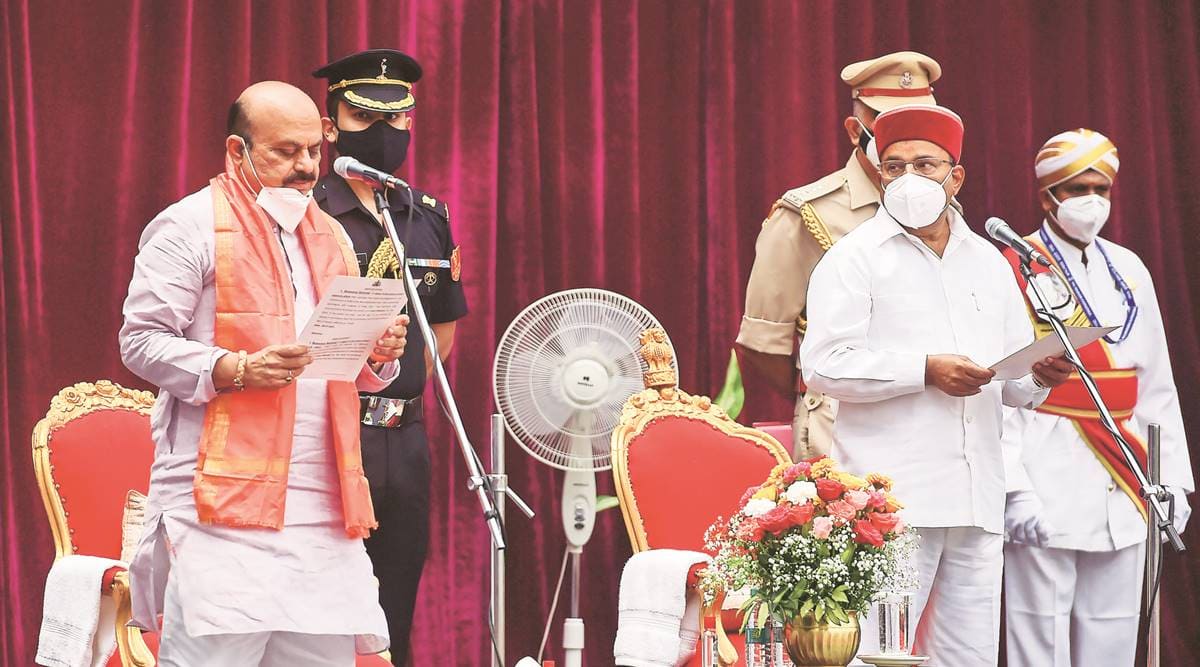 In his first meetings with senior officials in the Karnataka government, Chief Minister Basavaraj Bommai has called for an end to a “chalta hai attitude”, fiscal discipline and creation of a file movement system that will facilitate speedy decision making.

Bommai, who took oath as the 23rd Chief Minister of Karnataka on Wednesday morning, also held a one-man cabinet meeting where he took a few decisions to spotlight the “pro-people, pro-poor” agenda that he intends to pursue in the remaining 22 months of BJP governance in the state.

The chief minister, who has vast administrative experience on account of being a minister for nearly eight years, stated that he will follow the governance model of his benefactor and BJP stalwart B S Yediyurappa but indicated that there would be some re-orientation.

“I have addressed a meeting of all the senior bureaucrats and I have said that there will be a new orientation for the administration – it will be a very efficient, development-oriented and pro-people governance,” he said following a cabinet meeting and discussion with bureaucrats. “I am telling officials that they must do micro level management and not restrict themselves to macro level management,” he said.

Teamwork, time-bound decision making, fiscal discipline and quick movement of files were the mantras he provided to chief secretary P Ravikumar, additional chief secretaries and principal secretaries. “Delays will cause an increase in expenditure and corruption. So there should not be slackness and delays,” Bommai said. “What is known as the chalta hai attitude in Hindi, I have said that we will not tolerate it.”

Bommai said he discussed with the chief secretary that the delay in decision making is due to files tending “to get stuck at different places”. “We have decided to carry out a file clearance drive. A detailed order will be issued by the chief secretary. In 15 days files should be up to date,” Bommai said.

According to sources, there are as many as 1,200 requests for sanction for investigation or prosecution of government officials for corruption, sought by the anti-corruption bureau, that have not been cleared by the government over the last few years.

Bommai also made a call for all government departments to cut expenditure by five per cent in order to tide over the revenue crisis created by the Covid pandemic. He announced increased expenditure for scholarships to children of farmers, increase in pensions for the elderly and widows, and assistance for persons with disabilities.