Bengaluru News Highlights: The sale of liquor has been banned in parts of Bengaluru on October 5 on account of Dasara processions that are being organised in these regions.

A glimpse from the Dasara celebrations in Mysuru. (Express photo by M Jithendra)

Bengaluru, Karnataka News Highlights:  After two years of Covid-19 restrictions, the grand finale of Mysuru Dasara festivities is all set to start on Wednesday evening. According to the local authorities, at least five lakh people are expected to witness the procession which is expected to start at 5 pm. About 47 tableaus from across Karnataka and other states will be part of the procession. Elephants, horses and other cultural troupes will be part of the procession.

Meanwhile, Karnataka on Tuesday reported 123 cases and one death, taking the cumulative infection and fatalities to 40,65,223 and 40,224 respectively, said the Health Department said. The day saw also 178 people being discharged, taking the total number of recoveries to 40,22,200 to date, according to a bulletin. Active cases stood at 2,737, the bulletin said.

In other news, the sale of liquor has been banned in parts of Bengaluru on October 5 on account of Dasara processions that are being organized in these regions, the Bengaluru police commissioner has declared in a series of orders issued on Monday. Five-star hotels and clubs are exempted from the ban order on October 5.

Bengaluru News Live Updates: No sale of liquor in many parts of Bengaluru on October 5 due to Dasara processions; Pro-Hindu outfit in Karnataka wield swords on Gandhi Jayanthi, calls for Hindu Rashtra. Follow latest updates here

The grand scale celebrations of Mysuru Dasara concluded Wednesday with a spectacular procession carrying the idol of goddess Chamundeshwari in the streets of the heritage city of Mysuru in Karnataka.

Chief Minister Basavaraj Bommai offered pooja to ‘Nandi Dhwaja’ on Wednesday afternoon before the procession left the Amba Vilas palace. The procession also consisted of a number of artists and cultural groups and 47 tableaux from various districts, depicting the regional culture heritage. The procession covered a distance of about five km before ending at Bannimantapa. Read More. I felt so sad to see this beautiful elephant with her injured little baby fighting for its life. pic.twitter.com/65yMB37fCD

A fight between two dogs in Bengaluru has led to an assault on one of them and its owner as well as a police case. Gaddigappa, from RK Puram, said he had let his dog, Acchu, play outside his home on Monday morning, when it fought with a dog belonging to one Nagaraj from the neighbourhood.

Though Gaddigappa took Acchu back, his neighbours Ranjith, Rahul and Rajath went to the former’s house and allegedly attacked the dog around 10pm. While trying to rescue his dog, Gaddigappa also got beaten up, according to his complaint. Read More. Thunderous rainfall in Bengaluru and districts of Karnataka: IMD

The India Meteorological Department has predicted thunderous rainfall in Bengaluru and other districts of Karnataka on Wednesday. A yellow alert has also been issued in Chikkamagaluru, Mysuru, Chamarajanagar, Hassan, Kodagu and Shivamogga districts of the state.

Congress President Sonia Gandhi on Wednesday offered prayers at Bheemanakolli temple in Begur Village in the HD Kote Assembly segment and visited the temple on the occasion of Vijayadashami.

Sonia Gandhi, who is currently staying at a private resort, would be joining the Bharat Jodo Yatra of Congress on Thursday. The yatra was halted on Tuesday and Wednesday for Ayudha Puja and Vijayadashami.

Actress and former MP Ramya alias Divya Spandana to make a come back after 8 years with the movie Swathi Mutthina Male Haniye Kannada movie. This time she will not be just an actress but also producer of the film. Raj Shetty will be her co-actor. This is the first film from her production house Applebox studios.

A 45-year-old journalist died and her husband sustained minor injuries after an LPG-laden truck allegedly touched their scooter at Hebbal Flyover down the ramp at Hebbal on Tuesday.

The deceased as CR Latha, a reporter with Kannada news channel and a resident of Balaji Layout near Sahakaranagar. Her husband Rajendra Kumar C, 60, sustained minor injuries in the incident.

The incident took place around 1.40pm when Kumar was riding his scooter towards the city and Latha was pillion rider. A truck coming behind them reportedly touched the scooter and both fell. While Kumar fell to the left side of the road Latha fell on the right side and came under the wheels of the truck and died on the spot.

Rt Nagar traffic police have seized both vehicles and registered a case against the driver Sadiq (57), of Hoskote, and arrested him.

Bharat Jodo Yatra to resume in Mandya district on Thursday

After a two-day break, the Bharat Jodo Yatra taken out by Rahul Gandhi will resume Thursday in Mandya district.

AICC president Sonia Gandhi and senior leader Mallikarjun Kharge will participate in the first half of Thursday's march. While Sonia had arrived for the padayatra on October 3, Kharge landed in Mysuru on Wednesday evening.

The 21-day Karnataka leg of the Yatra began on September 30, Friday and passed through Chamarajanagar and Mysuru districts by October 3.

During the course of its journey through Karnataka, the yatra will pass through eight districts and cover a distance of 511 kms. During the two-day break, Rahul had stayed with Sonia at a resort near Kabini backwaters.

On Wednesday, Sonia offered Dussera prayers at a temple in Begur village of Mysuru district, according to a tweet by Congress general secretary Randeep Singh Surjewala.

It’s been 73 years. The Bengalee Association in Bengaluru still holds its grip over conducting the most vibrant Durga puja in the city.

The Bengalee Association located at Bengaluru’s Ulsoor is the oldest collective of the Bengali community that has carried out Durga puja celebrations over the generations. Currently, the third generation of association members is carrying forward the legacy that was laid by their predecessors in the 1950s.

After two years of Covid-induced lull in festivities, this time the association has made a comeback but with increased vibrancy and devotion. The puja this year is themed around ‘baran’ – a ritual welcoming ‘Maa Durga’ home. Read More. 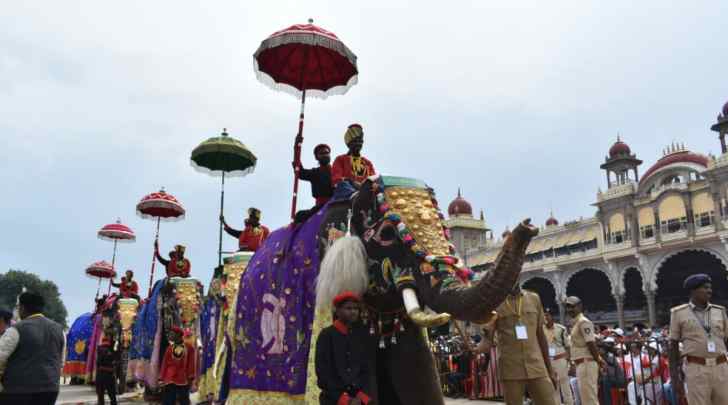 Who wants the Bengaluru civic polls? It seems no party

“Elections are the essence of democracy and elections which are long overdue has deprived the voters of Bengaluru City (of an opportunity) in electing their representatives, thus causing inconvenience and hardship,” the Karnataka High Court said in its September 30 order regarding the Bengaluru city council polls due since September 2020.

In Karnataka, elections have been due for the 243-seat Bruhat Bengaluru Mahanagara Palike (BBMP) since September 2020 and for 1098 Zilla Panchayat seats and 3903 Taluk Panchayat seats across the state since March 2021. Read More.

``Elections are the essence of democracy and elections which are long overdue has deprived the voters of Bengaluru City (of an opportunity) in electing their representatives, thus causing inconvenience and hardship,'' the Karnataka High Court said in its September 30 order regarding the Bengaluru city council polls due since September 2020.

With eight months to go for the Karnataka Assembly polls, there seems to be a growing perception among grassroots politicians in the state that no political party is interested in the conduct of local body polls amid the looming state polls, notwithstanding the orders of the high court and the Supreme Court for the conduct of immediate polls for local bodies whose terms have ended.

In Karnataka, elections have been due for the 243-seat Bruhat Bengaluru Mahanagara Palike (BBMP) since September 2020 and for 1098 Zilla Panchayat seats and 3903 Taluk Panchayat seats across the state since March 2021.

One person drowned while five others were rescued by life guards in separate incidents at Malpe beach in Karnataka's coastal Udupi district, police said on Wednesday.

Two youths, Salam Cherry from Bengaluru and Abrar from Mysuru, went missing after they were pulled into the sea by strong waves on Tuesday. Life guards, who immediately rushed for rescue, saved both of them.

Both men were admitted to KMC hospital in Manipal. However, Abrar breathed his last without responding to treatment, police said. (PTI)

The sale of liquor has been banned in many parts of Karnataka’s Bengaluru city Wednesday on account of the Dasara processions that are being organised in these regions, Police Commissioner C H Pratap Reddy declared in a series of orders issued Monday. 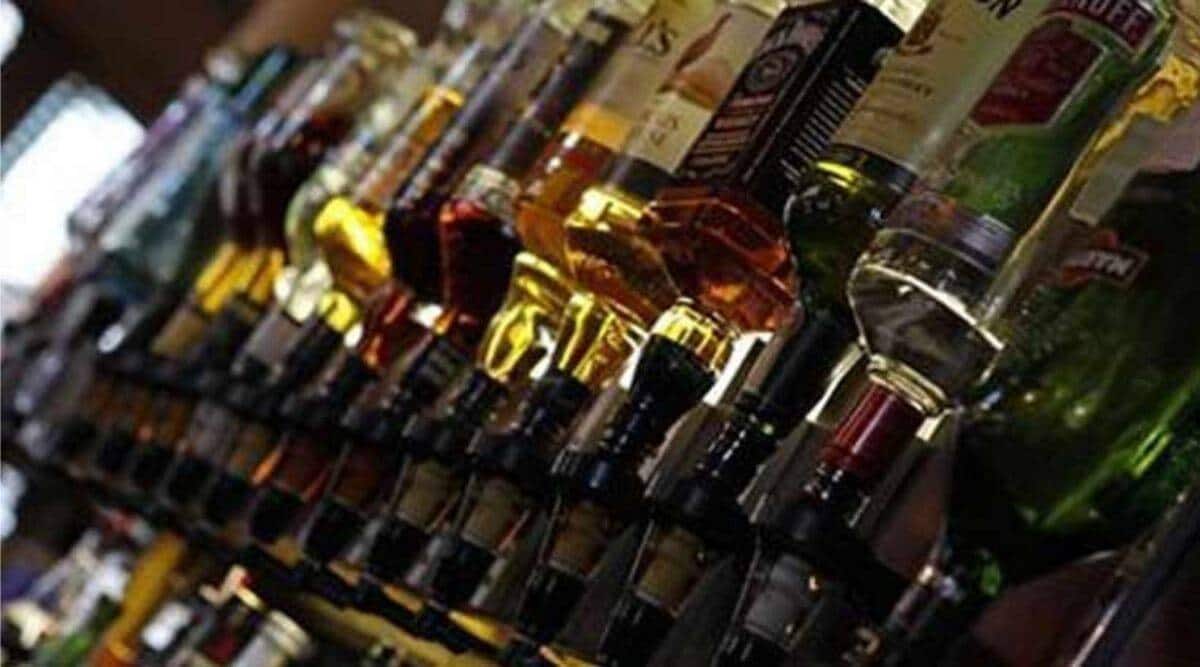 In the north division of Bengaluru, the sale of liquor has been prohibited in the RT Nagar, JC Nagar, Sanjaynagar and Hebbal Police Station jurisdiction.

In the north-east division, the sale of liquor is banned in the Amruthahalli and Kodigehalli Police Station limits. (Read more)

One person drowned while five others were rescued by life guards in separate incidents at Malpe beach in Karnataka's coastal Udupi district, police said Wednesday.

Two youths, Salam Cherry from Bengaluru and Abrar from Mysuru, went missing after they were pulled into the sea by strong waves on Tuesday. Life guards, who immediately rushed for rescue, saved both of them.

Both men were admitted to KMC hospital in Manipal. However, Abrar breathed his last without responding to treatment, police said. (PTI)

How a small Karnataka village took Mahatma Gandhi by surprise with its Khadi movement: Story of Badanavalu

On the occasion of the 153rd Mahatma Gandhi Jayanti Sunday, Congress leader Rahul Gandhi paid tributes to the Father of the Nation at Badanavalu village in Karnataka and vowed to unify India. What is the historical significance of this small village, located around 33 km away from Mysore, which had pleasantly surprised even Mahatma Gandhi?

Badanavalu houses a spinning centre popularly known as Badanavalu Khadi Kendra. Mysuru king Nalwadi Krishnaraja Wodeyar established it in 1927 as part of the Swadeshi movement. It began operations with four Dalit women and an aim to uplift the economic conditions of Dalits.

According to Professor Nirmal Raj of Mangalore University, the centre, which at one point had 60 women and nine male weavers and an investment of Rs 3,500, was making Khadi worth Rs 50,000 by 1932. This meteoric rise of the Swadeshi establishment impressed Mahatma Gandhi.

In 1932, Mahatma Gandhi visited Badanavalu and the Khadi centre operating on 7.5 acres. Historians say that he came to Badanavalu after his follower Tagadur Ramachandra Rao insisted him to and he appreciated the message the centre sent to the society. To commemorate Mahatma Gandhi's visit, the centre later installed his statue on the campus.

Lakes of Bengaluru: The recent showers filled this lake to its brim and unearthed a network of choked drains

Spread in 11.07 acre, the Lakshmisagara lake located in Lakshmisagara village adjoining Chandapura in Bengaluru was filled to the brim with rain water on August 30 for the first time in 25 years after the unprecedented rainfall in the month of August. Once known for lotus flowers blooming in the lake, local villagers have highlighted the worsening condition of the lake and pointed out that there have been encroachments of the lake by private parties.

The waste weir of this lake was in a dilapidated condition and even the drains connecting the lake were choked for decades. Captain Santhosh Kumar (Retd), founder of Anekal Environment Protection Federation, said, “This is what I call the power of nature. The waste weir of the lake was in a dilapidated condition for more than two decades. People were not even aware about the drains connecting the lake since it was blocked. During the heavy rainfall in August, the blockages were finally removed by the villagers to allow the water to flow through it or else the nearby areas and roads would have been inundated.”