According to the IRSDC blueprint, the main building of the station will be in the shape of a butterfly with integrated courtyards and roof gardens in a bid to promote the concept of 'Garden City' in Bangalore. 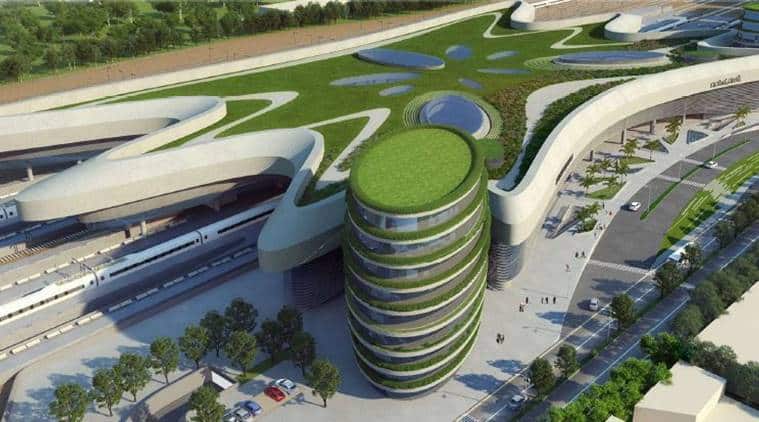 Baiyappanahalli railway station will soon transform into an iconic location of Bangalore as the Indian Railway Stations Development Corporation (IRSDC) decides to give it a major facelift. With its proximity to Namma Metro’s Baiyappanahalli station and several bus stops and the outer ring-road, the project is expected to be developed into an inter-modal transit hub, aimed to decongest traffic in the city.

The railway station will be on par with international airports as similar amenities will be offered for commuters once the redevelopment project is completed, according to IRSDC officials in 4-5 years time. The state-of-the-art infrastructure based on which the station will be built up will include waiting areas, food courts, restaurants, retail shops, cafes, and kiosks, along with escalators and elevators to make passenger movement easy and enjoyable. Interestingly, these amenities are expected to keep passengers away from the platforms avoiding rush thereby making them spend maximum time at the concourse.

Graphical representation of the main concourse at the proposed Baiyappanahalli Terminus. Photo/IRSDC

A well-equipped passenger information and display systems, prompt announcements and fire safety and top class security systems will complement the features in the railway station, according to the blueprint released by IRSDC recently.

IRSDC has now invited planners and developers to bid for the project which will be done on a public-private partnership (PPP) model. The project is estimated to cost around Rs 250 crore and will cover a built-up area of 26,00,000 sq ft.

According to the IRSDC blueprint that explains how Baiyappanahalli railway station will be redeveloped, the main building of the station will be in the shape of a butterfly with integrated courtyards and roof gardens in a bid to promote the concept of ‘Garden City’ in Bangalore.

The aerial view of the proposed Baiyappanahalli railway station. Photo/IRSDC

The IRSDC has also proposed to build a new foot-overbridge, an access road, a bus bay and six new platforms apart from the four new buildings that are envisaged as part of the project. The station spread around a total area of 132 acres will also be developed completely on the lines of sustainable architecture using natural light, ventilation and green scapes in abundance. Keeping accessibility for all in mind, exclusive amenities for the specially abled will also be in place in the new railway terminus.

Being well connected with the city on the west and other parts via the Outer Ring Road, the Baiyappanhalli Railway Station is identified as the link to all major landmarks of the city including the Chinnaswamy international cricket stadium, Bangalore Fort, MG road and Central Business District (CBD)within 10-kilometre range.

More trains to terminate and originate from Baiyappanahalli

At the same time, the completion of the first phase of the third coaching terminal at Baiyappanahalli is expected to be completed by the end of June this year. This is done in a bid to decongest KSR Bengaluru City (Majestic) and Yeshwantpur railway stations as several long-distance trains are likely to begin and end the journey at Baiyappanahalli.

With separate arrival and departure terminals, mobility professionals hope that Baiyappanahalli railway station will give any international airport in the world a run for its money.

Explained: Why a near full Sardar Sarovar Dam is unable to release water for farmers