Students from Bhai Gurdas Institute of Engineering and Technology in Punjab’s Sangrur district shared videos of the “attack” from inside their hostel post the match. Similar reports also came in from the Rayat Bahrat University in Kharar. 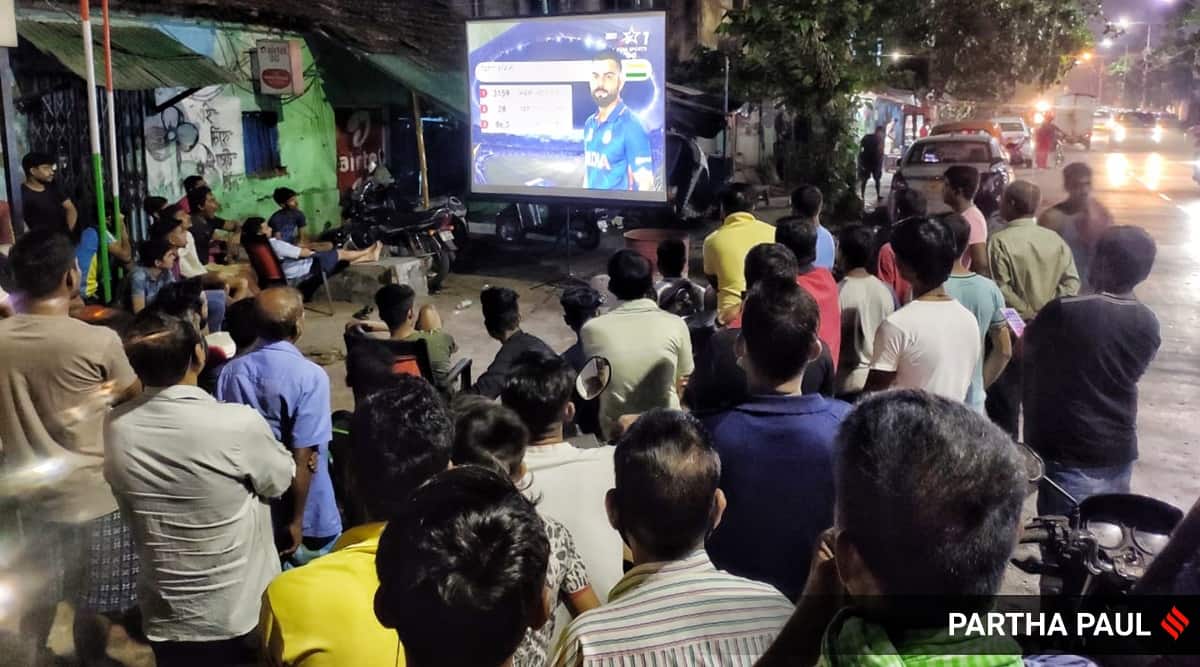 Students from Bhai Gurdas Institute of Engineering and Technology in Punjab’s Sangrur district shared videos of the “attack” from inside their hostel post the match. Similar reports also came in from the Rayat Bahrat University in Kharar.

“Kashmiri students who were assaulted in Sangrur and Kharar Mohali told me that they were rescued by the locals and other Panjabi students. Students from Bihar, Uttar Pradesh and Haryana had barged into their rooms, thrashed them and went on a rampage,” Nasir Khuehami, the national spokesperson J&K Students Association, claimed.

Punjab CM @CHARANJITCHANNI Ji, @DGPPunjabPolice must ensure the protection of Kashmiri students studying in Punjab. Spoke to several in Bhai GIET College Sangur Punjab, Students told me that students from Bihar barged in their rooms, thrashed them & went on rampage. 1/n

In a video from Sangrur college, one of the students accused the security guard for allegedly allowing a group of students from UP to enter their rooms and assault them. Later, Punjab Police officials reached the college and spoke to the Kashmiri students.

A senior police official of Sangrur said, “There are about 90 Kashmiri students and around 30 students from UP and Bihar in the college. Kashmiri students stay in 2 wings of the hostel. While the match was on, the students cheered when Pakistan was hitting runs. They also raised azadi slogans.”

Swapan Sharma, SSP Sangrur district, said, “Both sides have offered their apologies in front of the police and college authorities today morning. The issue has been settled down.”

According to reports, at least 4 students were assaulted and beaten in Kharar Mohali after the India-Pakistan Match. “All the students are from Rayat Bahrat University. They said that they were hit by several goons from Haryana,” Khuehami said.

He added, “Punjab Police must ensure the protection of Kashmiri students studying in Punjab. I have spoken to several in Bhai Gurdass Engineering and Technology College. They told me that students from Bihar had hit them, vandalised the rooms, damaged the hall, and even abused and beat up a few others.”

Tagging Punjab Chief Minister Charanjit Singh Channi on Twitter, Khuehami said, “Such incidents have increased the sense of insecurity and anxiety among Kashmiri youth studying and working outside as well as among their parents and relatives in Kashmir. We demand immediate arrest of all those involved in the assault on Kashmiri students and ensure adequate arrangements for safety, security of our students. The attack on Kashmiri students by some goons is a worrying factor for the students.”