Sacrilege incidents may be linked to polls, Channi hints

At Golden Temple, CM appeals to people to take care and caution to protect all religious places 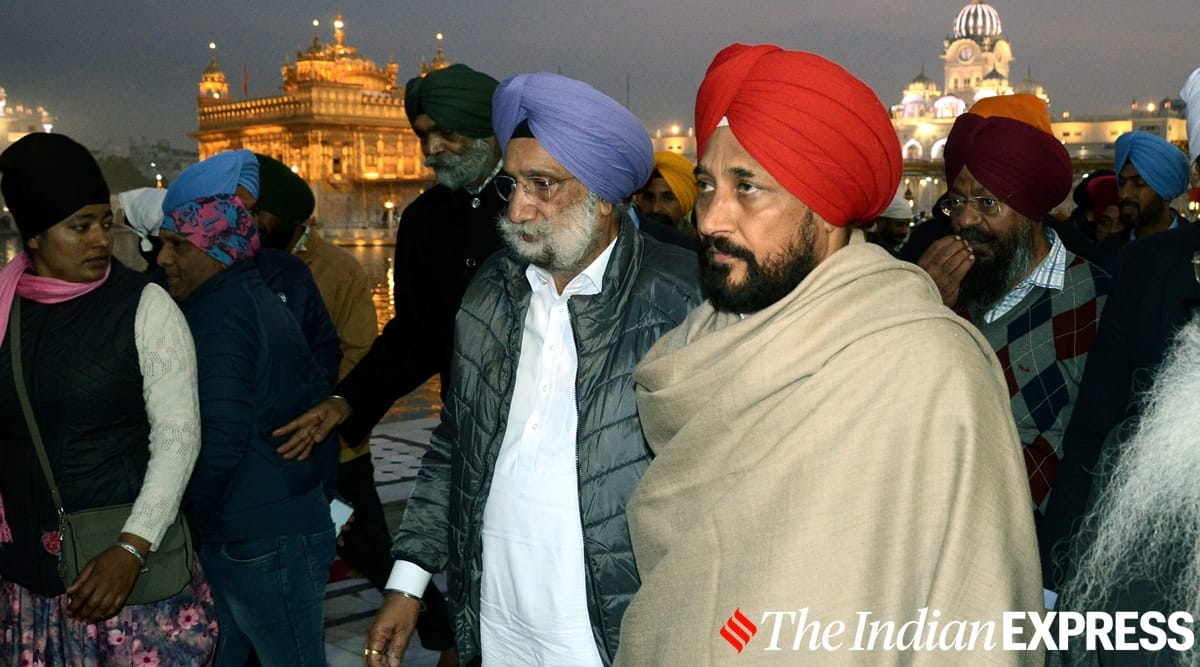 A man was beaten to death in Kapurthala on Sunday after being accused of sacrilege at a gurdwara, the second such lynching in the state in 24 hours as Punjab Chief Minister Charanjit Singh Channi suggested that they might be linked to the upcoming elections.

Channi on Sunday visited the Golden Temple, the scene of the first incident, and claimed that some “inimical forces or agencies” may be at work ahead of the assembly polls early next year. He appealed for calm and harmony.

He expressed deep anguish “over the unfortunate incident to attempt sacrilege of Sri Guru Granth Sahib in the sanctum-sanctorum of Sri Darbar Sahib last evening and reiterated his government’s firm commitment to thoroughly probe into the entire matter to get into the bottom of the case to unmask the real conspirators behind this distortedly act.”

Talking to mediapersons after paying obeisance at Sri Darbar Sahib, accompanied by Deputy CM Sukhjinder Singh Randhawa, Channi described the incident as “the most heinous act, which has not only hurt religious sentiments but also tormented our hearts, which should be condemned with the harshest possible words by one and all.”

He said, “I appeal to the people to take care and caution to protect religious places, including gurdwaras, mandirs and institutions related to any religion or faith in order to foil nefarious designs of any agency or anti-social element in wake of the forthcoming assembly elections in the state. I request people to keep restraint during the prevailing sensitive situation by demonstrating their unflinching trust in the ethos of peace, harmony, brotherhood and religious tolerance.”

Replying to a media query regarding recurrence of such incidents in coming days, the CM said that the state intelligence agencies and the police force is pro-actively engaged to avert such acts of anti-social elements.

He also called upon the people to be vigilant and extend wholehearted support and cooperation to the state in maintaining law and order. He added that no one would be allowed to disturb congenial atmosphere in the state at any cost.
With PTI inputs

How a Berlin Christmas exhibition focuses on diversity