Amritsar Calling: Let us marry the old with the new in the Holy City

Enough has already happened considering that the harmonium, for one, is such a basic bajaa adopted from European traditions and brought in by the British in the 19th century, which has become an anchor instrument in the gurudwara and mandir musicology forgetting the richer nodes of our better native strings. The management of Khalsa college created a suitable housing for this Sikh History Research Centre & Museum.

The world in this quaint city has changeth, some for the good, some obnoxiously not. The hope is that its constituents adopt the modern yet retain the values so inherited.

A visit to Amritsar by Shivpreet Singh, the tenth descendent of Bhai Nand Lal Goya, one of the favoured 52 poets in the durbar of Guru Gobind Singh, could not have been a more robust reminder of the need to marry yesterday’s values with today’s aesthetics, strengthening the bonds of tradition and yet embracing modernity in contemporary times. You may staunchly advocate preserving legacy, both tangible and intangible, yet you cannot be an ostrich digging your head in the sand to blur out the changing realities of the present.

Shivpreet is an admirable ambassador of tradition who uses a medium acceptable to the youth, and yet his dedication to the hymns of the holy book endear him to the erudite of faith. He is an entrepreneur, a Berkeley graduate and a kitaniyaan beyond compare, singing Gurbani with a remarkable flair, using the ancient stringed assist of the taus, the veena, the rabab, or the dilruba, with a fusion of digital piano, the cello, even the Spanish guitar. All this within the overarching umbrella of the Raag mala traditions. It made me reflect also on the unsound and insensitive influences on the musicology of faiths.

Enough has already happened considering that the harmonium, for one, is such a basic bajaa adopted from European traditions and brought in by the British in the 19th century, which has become an anchor instrument in the gurudwara and mandir musicology forgetting the richer nodes of our better native strings. I wrote about this as far back as 2009 and made many forays into the mind mines of the religious institutional managements to curb the outreach of Bollywoodian toe-tappers into divine singing, and to bring back the rich heritage of rababs, sarangi, dilruba, jodi-pakhawaj et al into temple recitations. Motivating young minds in able institutes that train—such as the orphanage—brought out good exponents who got accepted to play either one instrument, or one rendition per day at least, at the Harmandir itself. More is needed, for sure.

The same holds true for our landscape as well. Look at our city and its history. Through the years it has broken its seams expanding in concentric circles much like the annual additional bark to the trunk of an old banyan tree. All this around the old city, designed and fortified with its walls and 12 gates, and the Gobindgarh Fort as its bastion. The British added the cantonment, and the civil lines beyond the railway lines, setting in motion an Amritsar with the distinct legacy of the old walled city at the centre, and the contemporary dwellings, the “developments”, beyond, in hegemonic waves creeping in all directions. So now the vintage areas around the Golden Temple have the remnant balustrades and the balconies, the jharokhas and the jaalis of yore, and the inexplicable glass facades, as concrete jungles populate the newer sections of the town beyond.

Habits and preferences are also changing swiftly with time and territories. Look at our beverage habits, for that matter. I am still stuck with my masala black teas or with ginger and jaggery, although I do admit that I do enjoy my Hatti Kappi, the robust south Indian coffee still filtered through an ancient stainless-steel two-piece vessel I brought from the south ages ago. The world, however, especially the one beyond the old walled city, has moved on to the cafes where the young and the happening converge and converse over frappes and cappuccinos. I guess one comes from a generation where the nearest thing to coffee was watered-down milk frumped up by steam with a dash of coffee for distinction and a sprinkle of cocoa powder for familiarity. This “expresso” was typical in weddings and events, the good old silvery and red machine churning out frothy stuff which settled upon our moustaches till frowned upon by wives and thus whisked off. Most of us would return home and ask for dudh-patti (ample tea leaves boiled in milk) to be put on the boil for ultimate satisfaction. “Muh beswaadaa hoya hai, do’k elaachian ve sutt laveen (best to add a couple of cardamoms to improve the taste, darling)”. She would of course oblige, but not before retorting “baauti gall eh taan appey banaa lavvo (perhaps you ought to make it yourself huh).”

Well, I guess some things never change. As some would say, “Virsa sambhal bhai. Chadd navaen yug diyaan navian galan te taur tarekey. (Let the new take care of its own self, brother. Let’s make the effort to conserve and restore our rich legacy at least.)”

Frankly, everything else is being swept with change. Most of our gurudwaras and their phenomenal architectural marvel got completely plastered with white marble akin to the Taj Mahal without heed to history, ts beauty or the fact that marble is hot in summer and cold in winter, and thus unsuitable to our climate as much as glass tombs that pass for offices these days. Even the frescos, the Nanak shahi bricks, all but disappeared in the absurd flourish of newness. Some vestiges that were overlooked or those that raised too much conservator ire are the showpieces of today. It is painful as well that in the name of modernisation, even the mandir architecture is being levelled with saffron plasticware without heed to the historic symphony or sustainability of the structures.

There is actually an incredible romance in restoring the old and conserving the ancient. The stupendous work done by Dr Ahmed Ali, the legendary curator of the Salarjang Museum, on the artefacts, manuscripts and paintings at Khalsa College over the past five years has been impeccable. I chanced upon him through a fine heritage enthusiast, Sajjan Singh, at Hyderabad. The moment they arrived and saw the resplendent enormousness of the architecture of the college, and the rich subject matter they had been requested to conserve, they called it their seva, did not charge a penny, and even trained our teams for the future. That the management of this esteemed college created a suitable housing for this Sikh History Research Centre & Museum is indeed awesome. And yet to preserve the legacy of training religious preachers, hymn singers, and pathis, knowledge of the international link language English has been mandatory, and knowledge of other foreign languages optional to the Gurmat Study Centre, thus ensuring the reach is global and spans generations and the language barriers. This is indeed a classic case of the old blending with the new in happy matrimony.

The language of the land has always been incredibly sweet. Now do not remind me of the expletives that enrich our modern-day vocabulary, but our traditions of Shahmukhi (Punjabi written in Perso-Arabic script similar to Urdu) and Gurmukhi (present-day script of Punjabi) are rich with literary substance and flavour. In fact, Bhai Vir Singh—whose home as well as its hand-planted orchards are hidden away in the main street, Lawrence Road—is a repository of the language. I heard his poetry, his unsurmountable prose in Sri Guru Kalgidhar Chamatkaar, Sri Guru Nanak Chamatkaar, his novels and theatre scripts at the feet of my Nani, my maternal grandmother. They are mind-boggling feats of literature from one who came to be known as the sixth river of Punjab for his impeccable contributions from pen to paper on the one hand, and his stewardship of educational as well as financial institutions on the other.

And yet there is the language of the Ambarsari millennials. Imagine my culture shock when I was called “dude” by a thirty-something kiddo high on bourbon. I remember looking left, then right, to see if he was addressing someone else or actually replying to my “hi, son” to him. It was my nephew who saved face and drew our attention away from the awkward. Not that he meant to offend, and this was no cuss word. The point is that more and more of the vernacular is becoming tainted one way or the other. And when Saurabh Kalsi, the symphony maker par excellence, comments “abso-damn-lutely” when concurring with me on a political comment on Facebook, it is laying emphasis rather than murdering the lexicon. So there, even we—the aged—can learn, eh?

Some solace came from a sudden request for a discussion from a group of young people beginning this week. It was indeed refreshing to host this motley group of young adults who arrived in Amritsar. They were led by Himanshu, originally from Bihar but now a Dilliwala, who developed this idea of a travel scholarship in India. He believes that travel is the biggest source of learning, growing and giving back. The project got more than 400 contenders for this very first season. Finally, six people from across India were selected: an architect, a chef, a tourism aspirant, visual media hands and management graduates—all creative young minds who wanted to understand India from a different perspective. The diverse group comprised people from Assam, Karnataka, Andhra, Chhattisgarh, Mumbai, Kerala and Delhi. It was like an India in my verandah.
Sitting over cups of my signature jaggery ginger tea, the group had many questions about the culture and traditions of Amritsar, its heritage, its pre-partition import, the pain of the partition and the post-1947 era. I was delighted to see the youthful ingress into the study of our cultural diversity, our past, our social milieu and change through times.
In the heart of heart, the city also understands that the pilgrim and the tourist, its floating population, come to pray the traditional way. They savour the bhangra and the gidda and not the salsa of things. They come for the sweetest music from the shrine and not the pop and rock, much as we take pride in all the above and yet experiment with the new, as long as it is a diversity and not a perversity.

All said and done, the world in this quaint city has changeth, some for the good, some obnoxiously not. The hope is that its constituents adopt the modern yet retain the values so inherited.

Gunbir Singh is an Amritsar-based philanthropist, environmentalist and author who loves all things Ambarsari

Five Things: A weekly curation of events and news about all things related to your child 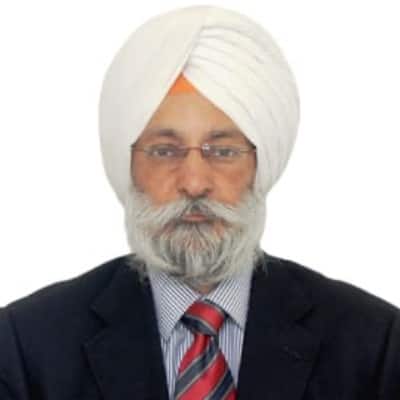 Gunbir SinghThe writer is an environmentalist, philanthropist and historian who lo... read more