Police said a complaint in this regard was filed by a BJP functionary who “was disturbed by Gokhale’s tweet” in which he had posted “screenshots” of purported news reports claiming Rs 30 crore was spent for PM Modi’s visit to Morbi in Gujarat. 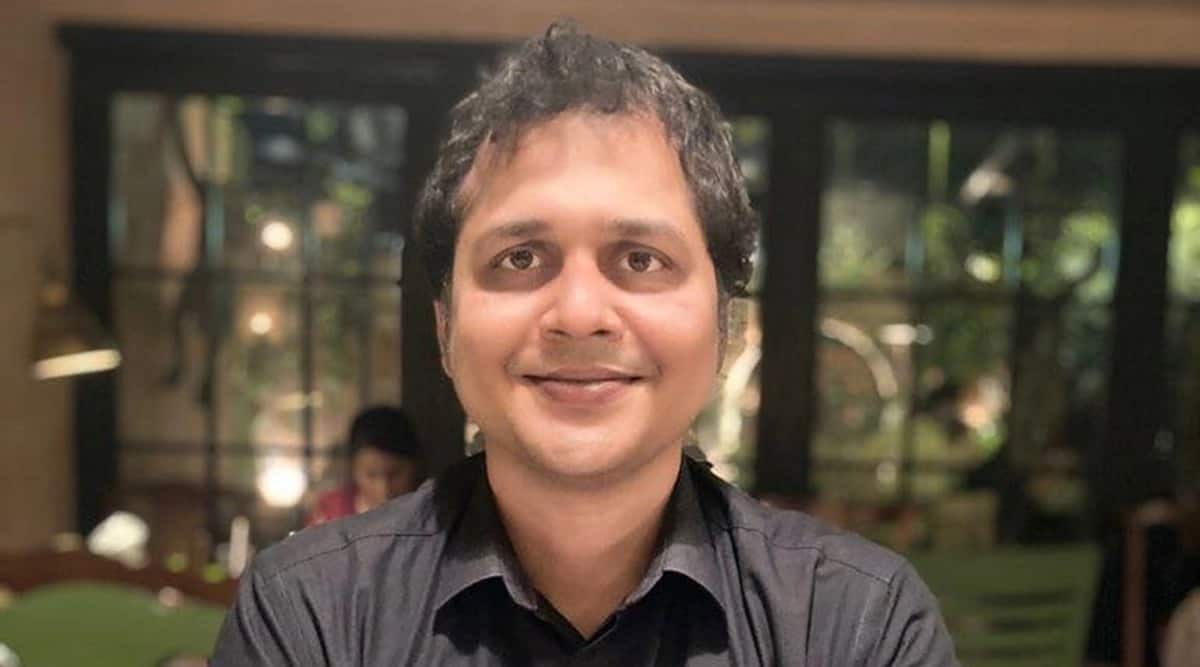 The FIR in this regard was registered later that day for offences pertaining to forgery, tweeting defamatory content and fear mongering, a police officer added. (Photo: Facebook/Saket Gokhale)

Gokhale was detained at Jaipur by the Gujarat police and was brought to Ahmedabad, where a magistrate court remanded him in police custody till December 8.

According to police, an FIR was registered on December 1 at the cyber cell for offences of forgery, tweeting defamatory content and fear-mongering under the Indian Penal Code (IPC), after a complaint by Ahmedabad-based Bhalabhai Kothari, who claimed to be a “senior BJP functionary who was disturbed by Gokhale’s tweet”.

Police said Kothari took objection to a tweet by Gokhale dated December 1 at 8.29 am, posting screenshots of purported news reports claiming Rs 30 crore was spent for PM Narendra Modi’s visit to Morbi. According to a senior police official at the Ahmedabad cyber cell, “no such news reports were published by Gujarat Samachar… and no such RTI was filed…” as per collector’s office.

Saket took a 9pm flight from New Delhi to Jaipur on Mon. When he landed, Gujarat Police was at the airport in Rajasthan waiting for him and picked him up. 1/3

The PIB fact check Twitter handle called out Gokhale’s tweet the very day and said, “No such RTI response has been given.”

A suspension bridge on Machchu river collapsed on October 30, killing 135 persons in Morbi, five days after the bridge was reopened after renovation. Prime Minister Narendra

Modi who was in Gujarat, visited the site of the tragedy on November 1.

According to the police officer, “Gokhale posted on social media and tweeted claiming a news report by the Gujarat Samachar… Prima facie the news report clippings are fake… Gujarat Samachar has placed on record that they did not publish any such news report. Considering the massive tragedy… and sensitivity of the issue, the complaint was taken… it had potential law and order ramifications. He (Gokhale) is claiming impersonation and we will add sections under IT Act if need be.”
Gokhale has been booked under sections 469, 471, 501, and 505 (b) of the IPC.

“It’s a very bad, and sad (incident). Saket (Gokhale) is a bright man. He is very popular on social media. He has made no mistake,” Banerjee told reporters at Jaipur airport.

“I condemn this vindictive attitude. He (Saket) has been arrested because he tweeted against the Prime Minister. People also tweet against me… We are really feeling sorry about the situation,” she said before heading for Pushkar.

TMC general secretary Abhishek Banerjee described the detention as a reaction of a “panic stricken” BJP. TMC will not bow down to such “acts of intimidation”, he said.

“Fearless, Gokhale stood against the ruling dispensation that trades lives for its own profit. In reaction, panic-stricken @BJP4India got our national spokesperson @SaketGokhale arrested by Gujarat police. It is their (BJP’s) folly to think these acts of intimidation will make us (TMC) to bow down!,” Banerjee tweeted.

TMC MP Derek O’Brien took to Twitter on Tuesday morning, “Saket took a 9 pm flight from New Delhi to Jaipur on Monday. When he landed, Gujarat Police was at the airport in Rajasthan waiting for him and picked him up. At 2 am on Tuesday, he called up his mother and told her that they (Gujarat police) was taking him to Ahmedabad and he would reach there by noon today (Tuesday). The (Gujarat) police let him make that two-minute call and then confiscated his phone and all his belongings.”

TMC spokesperson Kunal Ghosh termed Gokhale’s “arrest” as “utterly disgraceful” and said that the act showed that the BJP is trying to build an “autocratic nation”. He also claimed that the BJP’s days at the Centre are numbered.