The research study, published in the Science of Total Environment journal recently also points out that select points along the Gujarat's coastline is losing less groundwater to the sea compared to other coastal regions in the country. 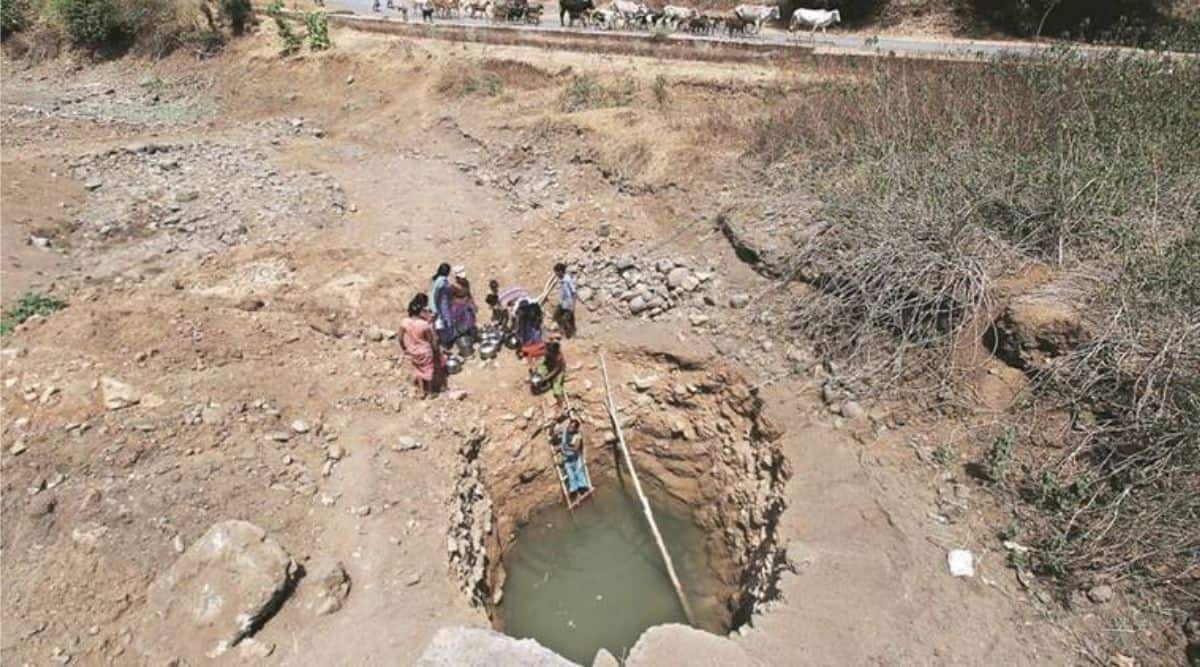 To estimate the contaminant load reaching the seashore, the study also analysed the porewater samples for various trace metals such as zinc, strontium, cadmium, lead, chromium and iron.

Most parts of the 1,600-kilometre Gujarat coastline is seeing salinisation of coastal groundwater, which results in deterioration of its quality, a research study funded by the Ministry of Earth Sciences and National Centre for Earth Science Studies in Trivandrum, Kerala revealed.

The study authored by IIT-Gandhinagar researchers — Chandrasekhar Bhagat, Anant Misra, Pranab Kumar Mohapatra — along with DS Suresh Babu of National Centre for Earth Sciences in Trivandrum and Manish Kumar of the University of Petroleum and Energy Studies in Dehradun, also notes that higher micronutrient load in south Gujarat coast owing to higher contaminants, made it more vulnerable.

The research study, published in the Science of Total Environment journal recently also points out that select points along the Gujarat’s coastline is losing less groundwater to the sea compared to other coastal regions in the country.

The study estimated submarine groundwater discharge (SGD) and contaminant flux reaching the coastal waters of Arabian Sea through the Gujarat coastline, by sampling seawater, porewater, and groundwater along the coastline. SGD is the flow of fresh or saline groundwater into the sea and is considered as an invisible pathway carrying contaminant load from the land or aquifer to the marine environment.

Subscriber Only Stories
View All
ExplainSpeaking | Budget 2023-24: Economic growth, fiscal health and unem...
In Jharkhand district, block-level clubs help elderly deal with loneliness
Delhi Confidential: PM Modi, top leaders attend Nadda wedding, but QR cod...
What could be the govt’s calculations behind the slashing of the MG...
Monthly plan to access Budget
Read |‘Tight oil’: What is shale, and its potential in India

Comparing with previously published research, the new study found that Gujarat coast is losing relatively less groundwater to the sea vis-a-vis that seen in the Bay of Bengal in 2015, Western Bengal basin in 2007, South coast of India in 2021 and 2019 and Mumbai Harbour coast of Western India in 2019. In contrast, Gujarat’s loss of groundwater to seawater was comparable to that reported in the South-East coast of India.

Kumar, who is with the School of Engineering of University of Petroleum and Energy Studies in Dehradun and one of the authors of the research, said, “Most of Gujarat’s coastline is seeing seawater intrusion (that is saline water entering groundwater). It then becomes crucial to stop the fresh water which we are losing to seawater every year. Gujarat is one place where urgent action is needed and it must act fast with a deadline. If these losses are stopped, it will only increase the groundwater.”

The study also raises an alarm on the contaminants entering seawater already being much higher than permissible limits and which is only due to increase with further urbanisation and industrial activities along the coast.

As the paper notes, “The trace metal load discharging into the coast was observed to be decreasing from the South Gujarat coast to the Saurashtra coast. Therefore, the South Gujarat coast was more vulnerable to harmful algal bloom, eutrophication and biotic ligand formation in aquatic species, as loads of contaminants discharging were relatively higher. Also, the carcinogenic metals flux reaching into the marine environment poses a carcinogenic risk to fishers through dermal contact… We speculate that the accumulation of contaminants would increase in the future as urbanization and industrial activities increase along the coast.”

To estimate the contaminant load reaching the seashore, the study also analysed the porewater samples for various trace metals such as zinc, strontium, cadmium, lead, chromium and iron. Concentration of zinc was reported to be highest among all the trace metals studied and most of the trace metal concentrations exceeded by many orders the permissible limits standardised by various agencies like WHO, US Environmental Protection Agency and Bureau of Indian Standards. The highest toxic metals load was observed at Udvada beach of Valsad district. High concentration of chromium found in most of the groundwater and porewater samples “depicted the high influence of anthropogenic activities across the coastal region of Gujarat,” the research further notes.