Shiyal is around 1.5 km off the busy Pipavav port. The island had got grid power for the first time in June 2016. 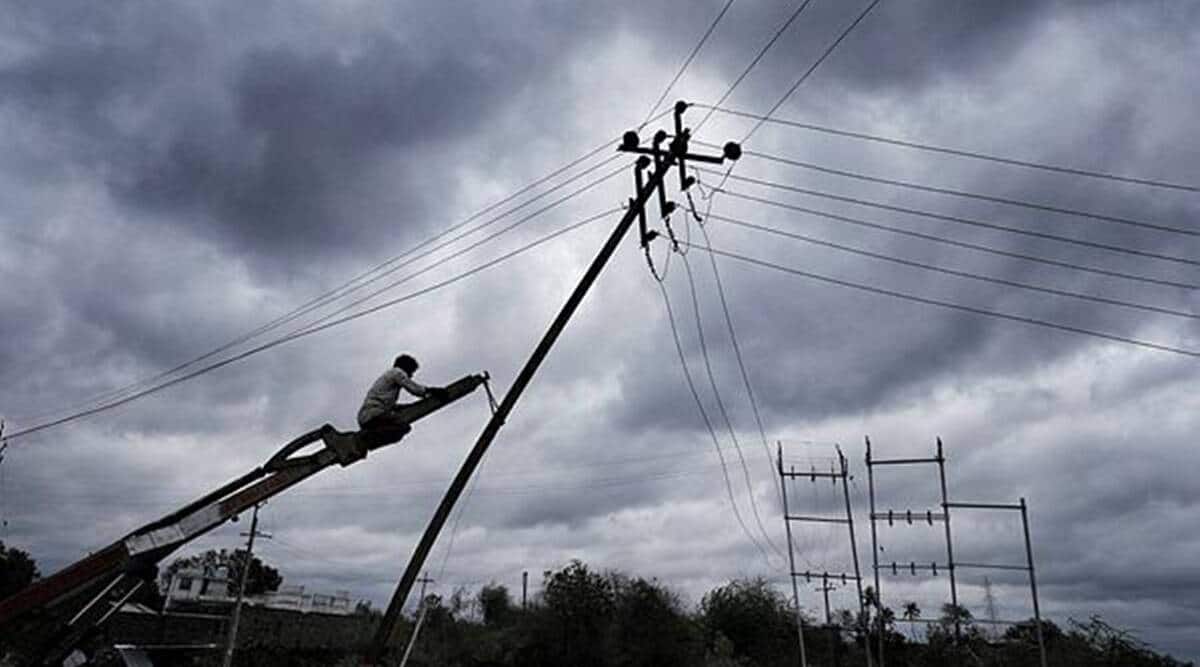 Grid power supply to Shiyal Bet was disrupted on May 17 as the cyclone approached the coast and made landfall between Una in Gir Somnath district and Mahuva in Bhavnagar. (File Photo/Nirmal Harindran)

THE PASCHIM Gujarat Company Limited (PGVCL) has floated tenders for detecting fault in the marine cable transmitting power to Shiyal Bet off Pipava coast even as residents of the islet continue to be without power around two months after cyclone caused blackout in the district.

“It has been close to two months since we are living in darkness. PGVCL officers are not giving us any date by which power to Shiyal Bet will be restored. We are helpless,” Hamir Shiyal, husband of Shiyal Bet village sarpanch Bhanu Shiyal,said.

Shiyal is around 1.5 km off the busy Pipavav port. The island had got grid power for the first time in June 2016.

However, power supply to the island was disrupted on May 17 as severe cyclonic storm Tauktae hit the Amreli coast, bringing with it winds gusting at around 180 per kilometres per hour and heavy rainfall. The cyclone flattened electric poles and snapped power lines in Amreli, Gir Somnath and Bhavnagar.

Since May 17, around 6,000 residents, most of them fishermen, have been without power and Shiyal said the need of the electricity is for more with the onset of marriage season on the islet.

All the 618 villages of Amreli district and hundreds of others in Gir Somnath and Bhavnagar districts witnessed prolonged power outages after the cyclone. But PGVCL, the state government-owned company, which distributes power in Suarashtra, Kutch and part of north Gujarat region, has since restored power to all villages but Shiyal Bet.

PGVCL sources said that new RMUs have been installed after laying new foundations and that 150 electric poles have already been shipped to the island.

Sources added that PGVCL had approached Delite Cables Private Limited (DCLP), the Vadodara-based cable firm, which had laid the marine cable between 2013 and 2016, seeking help of its engineers in locating the fault in the cable. However, the company did not get any response from the cable manufacturer which had executed the Rs 18.35-crore project of laying the marine cable on the seafloor.

“As the PGVCL couldn’t locate the faulty section of the cable despite our best efforts, the company eventually floated tenders on July 3 for the work of detecting the fault in the cable. As of now, no party has submitted duly filled tender documents but July 12 is the last date of submitting tenders,” said a source.

Dhimantkumar Dave, managing director of PGVCL, could not be reached for a comment. “The tender invites bids for the technical work of pinpointing faults in the cable. The cable has been divided into three sections and estimated cost of the job is Rs 4.5 lakh. Once the fault is detected, PGVCL will be in a position to decide the future course of action,” said the source.