Other supplies for a residential society can indicate, electricty and water supply. 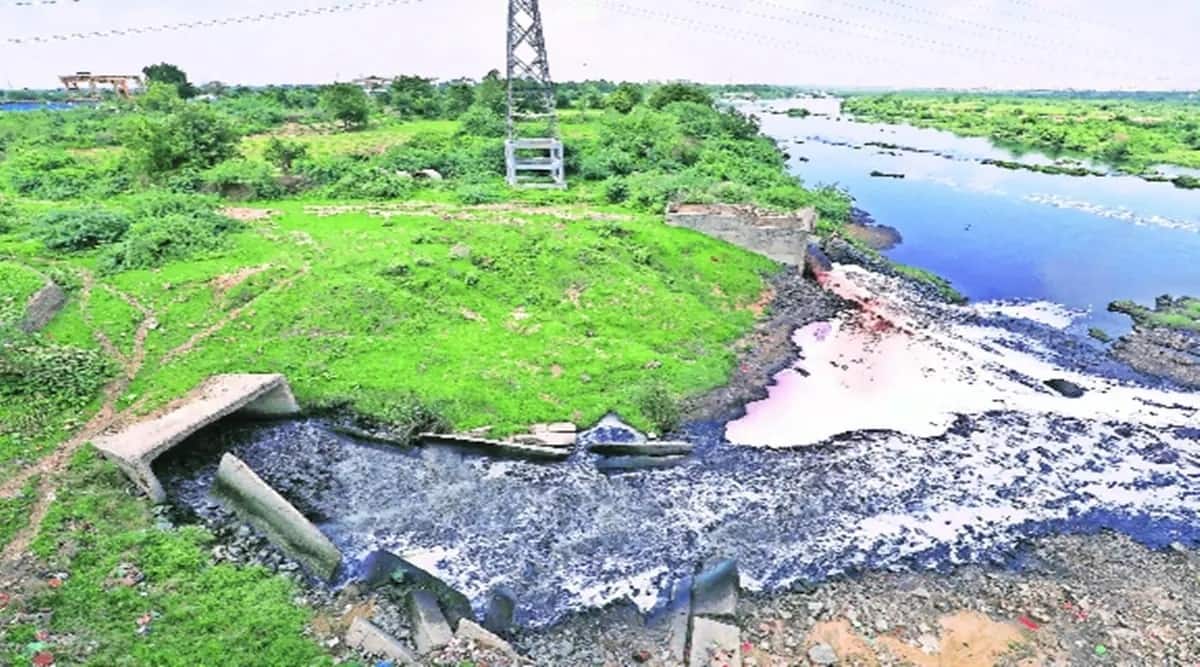 The bench was hearing a suo motu PIL on pollution in the Sabarmati river. File

A division bench of the Gujarat High Court on Friday directed the Ahmedabad Municipal Corporation (AMC) to disconnect “all other supplies” in residential societies found to be discharging their sewage directly into the Sabarmati river and initiate criminal prosecution of office-bearers of such societies.

Other supplies for a residential society can indicate, electricty and water supply.

The oral direction came while the bench was hearing a suo motu public interest litigation (PIL) on Sabarmati river pollution, following a submission by amicus curiae Hemang Shah that the joint task force constituted by the court has found illegal connections by residential societies that discharge its sewage directly into the river.

The division bench of Justices JB Pardiwala and VD Nanavati also impleaded the Ahmedabad Mega Clean Association, a special purpose vehicle, as a party to the litigation, to provide suggestions on tackling the river pollution.

An official of the SPV submitted about a proposal of “deep sea discharge” of industrial effluents, according to which 113 kilometres of the discharge line will be above ground and 22 kilometres underwater. “Tendering is under process. If we start from today, the project can be completed by Dec-ember 31, 2024,” said the official.

Among industries where the AMC disconnected effluent connections for not meeting prescribed parameters, Arvind Lim-ited’s Raipur unit sought perm- ission to start operations in the dry unit involving spinning and weaving activities, for which the unit has already submitted an application to the Gujarat Pollution Control Board (GPCB). The GPCB informed the court that their application is at the “stage of scrutiny”.

Apprising the court about the actions taken by it since the last order issued by the court, the GPCB submitted that a team of experts from CSIR- National Environmental Engineering Research Institute (NEERI) was deputed that surveyed Common Effluent Treatment Plants (CETPs) in Ahmedabad. A second visit by the NEERI team is scheduled in the first week of January, 2022, to look into the issues of individual CETPs.

In its order dated December 10, the court had directed that NEERI shall inspect the “stage-wise performance of each of the CETPs by collecting stage-wise samples and opine on the effectiveness of the treatment scheme adopted”.

The GPCB also added that it has issued show-cause notice to seven CETPs, asking them to respond within 30 days about the discrepancies found in not meeting set parameters of treated effluent, in terms of the discharged water output and also on certain materials which were found to be hazardous. According to the GPCB, two CETPs have responded while responses from five others are awaited.

Justice Pardiwala, addressing GPCB, said, “If GPCB has noticed certain deficiencies, keep this in mind that the day you decide to pass a closure notice, all those industries affiliated to the particular CETP, those industries will have to automatically shut down. Be mindful of the consequences.”

A written order of the court is awaited.