The dead fish were found floating on the Sabarmati river on June 19 and 20, after which the AMC’s central laboratory has been monitoring the dissolved oxygen levels, which was 7-9 mg per litre on Tuesday, officials stated. 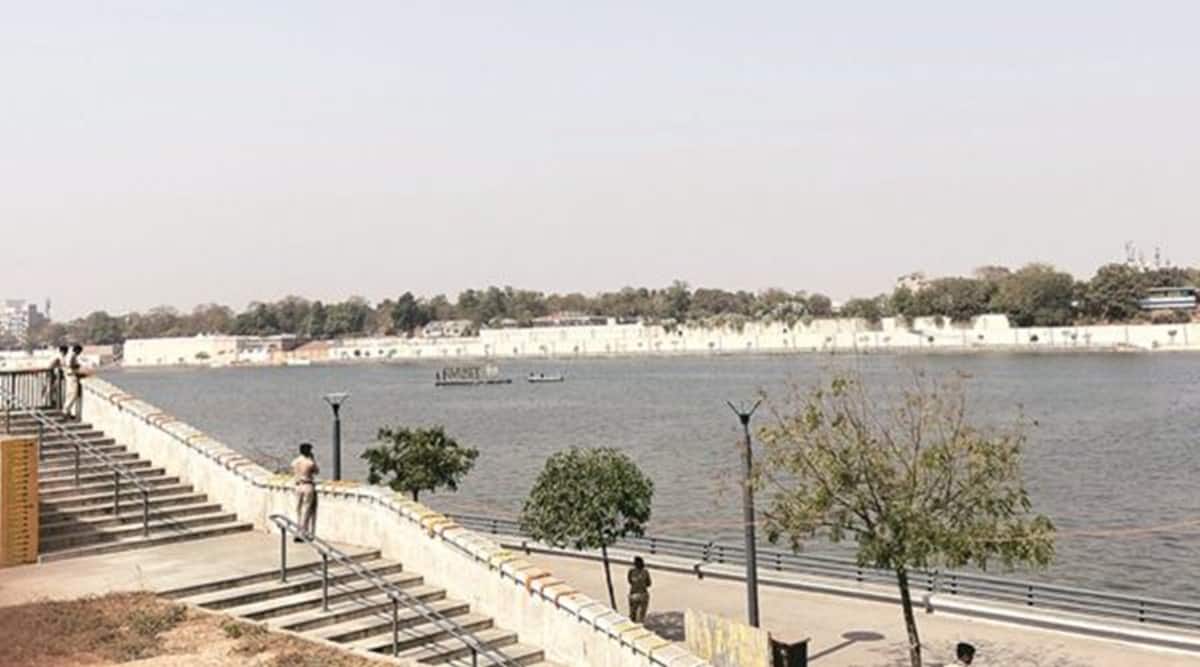 AMC, represented by senior counsel Mihir Joshi, submitted before the court that “AMC is very clear that it will not permit anyone to discharge its effluent into the sewage line”. (File)

After thousands of fish were found dead in the Sabarmati River over two days, the Ahmedabad Municipal Corporation (AMC) is regularly monitoring the dissolved oxygen levels in the water.

AMC officials blamed weather change, overcast sky and reduced dissolved oxygen levels in the water as some of the reasons for the deaths.

“The fish are dying due to less amount of dissolved oxygen in the water. Whenever the weather is humid and cloudy, the surface oxygen does not get dissolved in the water. We are regularly monitoring these levels in the water and there has been no incident reported after Sunday,” said Harpalsinh Zala, AMC incharge city engineer.

The dead fish were found floating on the Sabarmati river on June 19 and 20, after which the AMC’s central laboratory has been monitoring the dissolved oxygen levels, which was 7-9 mg per litre on Tuesday, officials stated.

Zala said that oxygen levels can also go down due to less movement or circulation of water. “Since AMC uses water from Narmada canal, water from the Sabarmati is used only for recreational and irrigation purposes, demand for which is low now. Thus, the water is stagnant.”

The incident coincides the publishing of a study by researchers at the Indian Institute of Technology Gandhinagar (IIT-Gn) about established presence of coronavirus in water samples from the Sabarmati River, Kankaria and Chandola lake between September and December 2020, messages on which doing the rounds on social media had led to panic among residents.

AMC officials termed it a “natural annual phenomenon” and said that there is no such valid study to co-relate it to the fish deaths and that even the World Health Organisation (WHO) denies transmission of coronavirus through water.

“It normally happens once a year when the change in atmosphere is reported. Also, due to mix of freshwater (rain), fish are shocked. Only when the water is circulated, oxygen will be dissolved… This natural phenomenon happens every year,” said a senior official of the Sabarmati Riverfront Development Corporation (SRFDCL).

Similar incidents were reported from Kankaria lake and Chandola lake too, due to which several fountains have been installed at the Kankaria lakefront. When such incidents are reported, boating activity is increased in the lake to increase circulation of oxygen in the water.