Y K Alagh, economist who straddled world of academia and policymaking, dies at 83

Alagh, who was 83, was emeritus professor at Ahmedabad-based Sardar Patel Institute of Economic and Social Research (SPIESR). 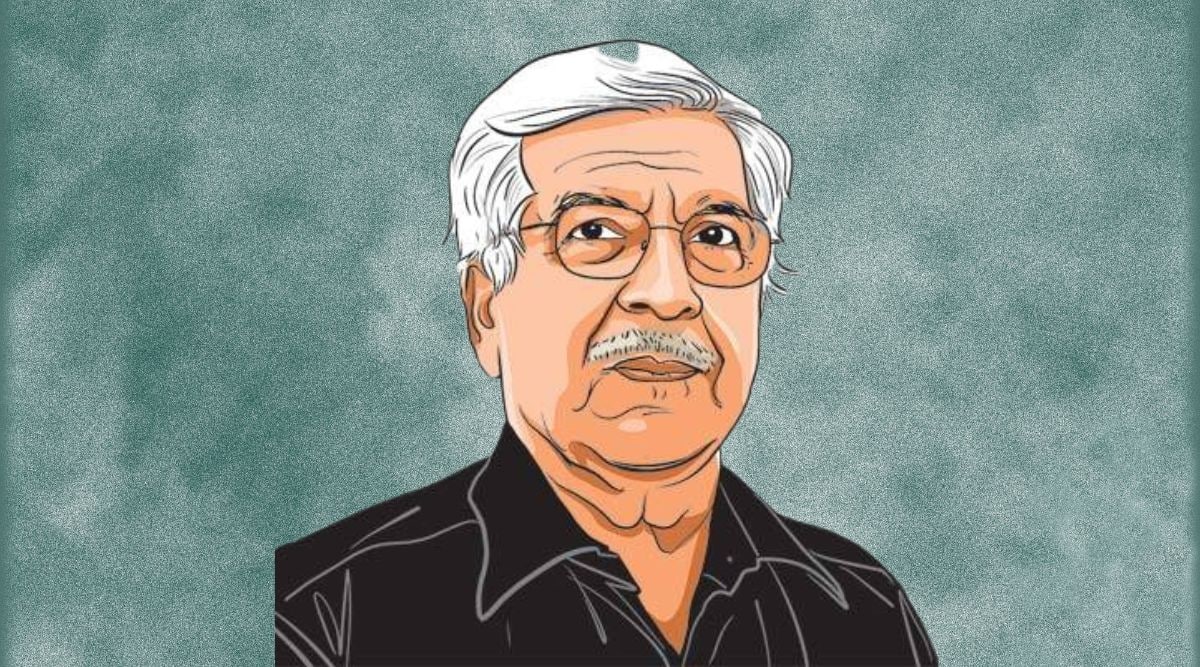 The Indian Express had last met Professor Alagh at his residence at Surdhara Bungalows in Ahmedabad in January 2022 where he spoke at length about the economy of Gujarat and the Vibrant Gujarat summit. (Express Photo)

Prof Yoginder K Alagh, renowned economist, academic and a former Union minister, died at his home in Ahmedabad on Tuesday.

Alagh, who was 83, was emeritus professor at Ahmedabad-based Sardar Patel Institute of Economic and Social Research (SPIESR).

“He was not keeping well for the last couple of months,” his son, Prof Munish Alagh, said. “But his condition deteriorated in the last 20-25 days. He passed away at home.”

According to doctors, Alagh had injured his femur — or thighbone — during morning walk and that led to medical complications.

“Prof Alagh had been ailing for the last few months,” SPISER director Priti Mehta said. “He was the founder-director of this institute and was associated with it since its inception.”

Alagh probably represented the last of a tribe of economists who straddled the world of academia and policymaking with felicity, and who, unlike most, did not confine his interest to one particular sector of the economy.

Consider this: During the 1980s, he headed the Agricultural Prices Commission (APC) as well the Bureau of Industrial Costs & Prices (BICP). As chairman of APC (now called the Commission for Agricultural Costs & Price), he set up its econometrics cell, which recommends minimum support prices for different crops and also published its reports with a view to encourage debate.

At BICP, he initiated the first round of economic reforms that involved price decontrol in steel, cement and aluminium.

Before that, he chaired a Planning Commission Task Force in 1979, which for the first time constructed separate poverty lines for rural and urban areas based on nutritional requirements — consuming less than 2,400 calories and 2,100 calories, respectively. Alagh was executive vice-chairman of the Gujarat government’s Narmada Planning Group for the Sardar Sarovar multipurpose dam project in 1980-82, and a member of the Planning Commission between 1987 and 1990.

It culminated in his becoming a Union Minister of State with independent charge of Power, Science & Technology and Planning & Programme Implementation during the United Front government in 1996-98.

A no-less-significant contribution of Alagh was as chairman of a high-powered committee, whose report in 2000 paved the way for setting up of cooperative businesses as “producer companies”. These entities, including farmer producer organisations, are today able to function under the more liberal Companies Act, as opposed to the restrictive state cooperative laws.

The same wide canvas also defined Alagh’s working life in academia. Between 1964 and 1969, he taught economics at the University of Pennsylvania (from where he also did his PhD) and returned to be assistant professor at the Indian Institute of Management, Calcutta. He went on to hold positions as vice-chancellor of the Jawaharlal Nehru University (1992-96), and chairman of the Institute of Rural Management Anand (2006-12).

Alagh, a regular columnist for The Indian Express for over four decades, was also the first chancellor of the Central University of Gujarat at Gandhinagar. The Indian Express had last met Alagh at his residence — Surdhara Bungalows in Ahmedabad — in January this year, when he spoke at length about the state’s economy and the Vibrant Gujarat summit.

“I have been writing — on and off — for either The Indian Express or Financial Express for 40-45 years now,” he had said.

Alagh had also said that he was planning to travel to the United States at the insistence of his daughter. But, he said, “Even if I go, I can still keep writing for India from there.”