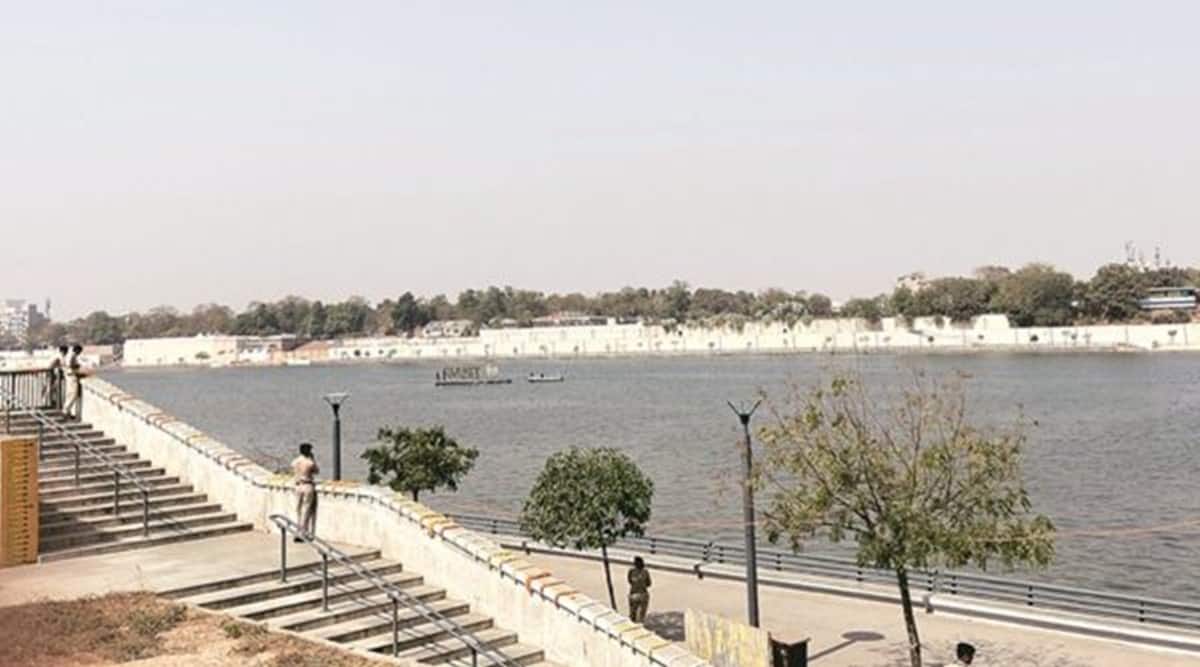 During the hearing of the case, Shah submitted before the court that he had walked along the river embankment on the periphery of Pirana area in Ahmedabad at 5 am.

To contain the panic caused by a recent study that indicated presence of Covid-19 genes in the waters of the Sabarmati Riverfront, Chandola and Kankaria lakes, the Ahmedabad Municipal Corporation (AMC) has initiated another study of not only waste water but also water treatment plants supplying water to city residents.

These include these three water bodies- Sabarmati Riverfront, Chandola and Kankaria lake- which were also covered under recent Indian Institute of Technology Gandhinagar (IIT-Gn) study funded by UNICEF that detected presence of N,S, and ORF lab genes of SARS-CoV-2, along with samples collected from Vasna sewage treatment plant and Motera pumping station. AMC has collected samples from two locations of Sabarmati Riverfront-near Sardar bridge and Nehru bridge.

Confirming the development, Harpalsinh Zala, AMC’s incharge city engineer told The Sunday Express, “This parallel study is being done pro-actively from these waste water bodies after the recent IIT-Gn study was released. The tests are being conducted by GBRC as we do not have the testing facility.”

On the tests being conducted on freshwater from water treatment plants, Zala said, “This is being done to confirm independently and establish the previous study. There is no reason for the residents to scare.”

The recent study with IIT-Gn faculty member from the department of Earth Sciences Prof Manish Kumar as the lead author stated that though it is not known that the genes found from Sabarmati Riverfront, Chandola lake and Kankaria lake were alive or not but further research is needed to confirm the findings. The study that was put out last month, showing the presence of the genes, however, caused a scare.

Prof Kumar told The Indian Express, “During the testing process, the virus is being precipitated from the samples (water) and destroyed to be able to run a RT-PCR test on it. So during the extraction process, they are destroyed. So, the percentage of dead or alive genes needs to be studied.”

Prior to this, three similar studies have been conducted with Prof Kumar as the lead author. The earlier studies reported by The Indian Express included the wastewater surveillance on concentration of same SARS-CoV-2 RNA genome, conducted last year that found a higher concentration of the virus in the samples collected in early November, especially in Motera, Ranip and eastern parts of Odhav and Satyam pumping station zones, and warned of a surge in cases that the city eventually saw nearly two weeks later.

Co-authored by professor Madhvi Joshi from Gujarat Biotechnology Research Centre (GBRC), Anil Shah from Gujarat Pollution Control Board (GPCB), Vaibhav Srivastava from IIT-Gandhinagar, and Shyamnarayan Dave from UNICEF Gujarat, the study, however, notes that there was “no concrete relationship between virus RNA and daily cases numbers”.

The study had also made a case that the Surveillance of Wastewater for Early Epidemic Prediction (SWEEP)-based model, covering both asymptomatic and pre-symptomatic patients, can help zoning of the city and identifying hotspots as against clinical surveillance, which “hardly classify the city into precise zones where more tests or attention are required”.

Ashish Chowdhry on Raj Kaushal and his ‘unmatched legacy’: ‘ He was truly a blessing to this universe’