There are 34,000 government primary schools in Gujarat, and 2.04 lakh vidyasahayakas (temporary teachers) and regular teachers. More than 96,000 teachers are women, according to government records. 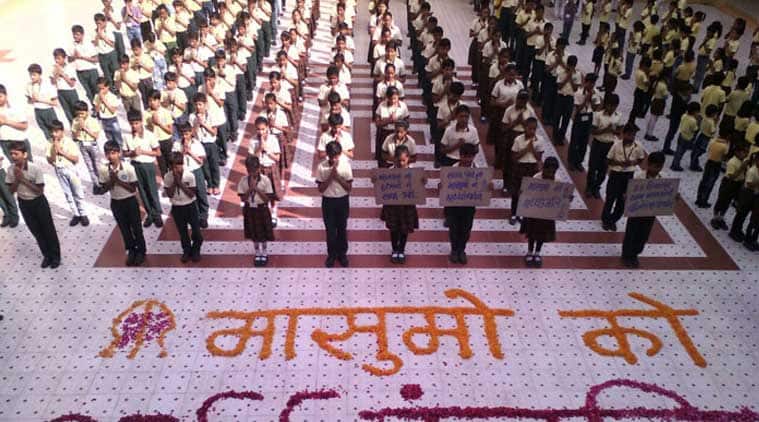 High number of women teachers and subsequent maternity leaves were listed among the 70-odd factors affecting elementary education in the draft report of the National Education Policy (NEP)prepared by the Gujarat government.

The draft report, prepared by state education department after a district-level consultation on school education, also suggested creating a reserve of teachers to combat the problem of frequent maternity leaves. It will be submitted to the Ministry of Human Resource Development soon.

There are 34,000 government primary schools in Gujarat, and 2.04 lakh vidyasahayakas (temporary teachers) and regular teachers. More than 96,000 teachers are women, according to government records.

As per government rules, a woman teacher gets 180 days of maternity leave, while a man gets only 15 days of paternity leave.

It also cited “illiterate parents”, “lack of motivation among students” among the reasons for poor results. These were in response to a question — “What are the likely reasons that hinder our elementary school children in acquiring age appropriate skills in reading, writing and numeracy?” — which was part of the survey by the department.
The department stated that “poor quality of faculty” is affecting higher education, and “regular teachers in higher education should be appointed” instead of contractual teachers .

This goes against the department’s own policy being followed currently, where majority of appointments are on contract basis.

Besides suggesting penal action on parents whose children are irregular in school, the education department proposed implementation of “equal work, equal pay” rule as a measure against underperforming teachers.

The draft report, a copy of which is with The Indian Express, proposed “stopping increments, promotions and initiating enquiry against the said faculty, transfer and suspension” as penalties on underperforming teachers, if students’ performance is not up to the mark in a stipulated time period.

Strongly objecting to “no detention policy” in the Right to Education Act, the report recommended “to retain students in the same class till they identify basic numbers and alphabets.”

The department, after holding a series of consultation meetings and taking feedback from various stakeholders, also included “use of calculators” that lowered mathematical skills among students and books lacking sufficient supporting visual elements as factors affecting elementary education.

The report has been prepared after consultations over the last six months and feedback from 14,050 villages across 26 districts of Gujarat.

The feedback process was monitored by two core groups with eight and six officers each for school and higher education, respectively.

Also in The Draft Report

1 Rather than bringing them to mainstream, the Gujarat education department suggested separate schools for children with special needs with hostel facilities. These children include HIV+ve, visually and hearing impaired and handicapped.

2 The draft report suggested revival of Sanskrit by including it in both school and higher education. In higher education, translational studies of regional languages should be encouraged, it further said.

3 Among steps to improve child health, Gujarat has recommended yoga to be made mandatory in school curriculum.