The bench impleaded six respondent parties to the litigation – the chief secretary, the Gujarat home department, the urban development department, the Morbi municipality, the district collector and the SHRC. 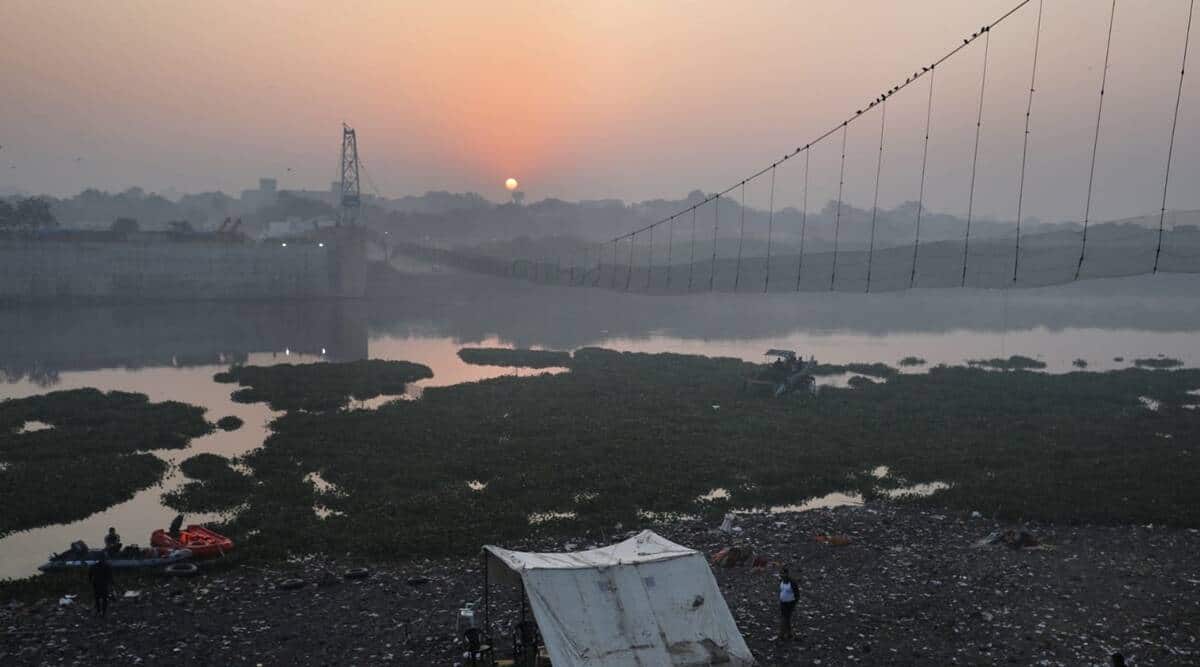 The court instructed the Gujarat chief secretary and the home department secretary to file its “status report” with respect to the incident in a week’s time. The bench also directed the SHRC that it “shall also file a report in this regard by next date of hearing.” (File)

TAKING SUO motu cognizance of the Morbi bridge collapse, the Gujarat High Court on Monday issued notices to the state government and local authorities and also sought a status report in the matter by November 14.

The suspension bridge on the Machchhu river in Morbi collapsed on October 30, killing 135 people including 55 children.

Taking it up as the first matter as the court reopened after the Diwali vacation, a division bench of Chief Justice Aravind Kumar and Justice Ashutosh Shastri said: “We have taken suo motu cognizance of the Morbi incident. But for the vacation, we would have sat on the same day itself.” At the start of the proceedings, the bench observed a two-minute silence for those who died in Morbi.

The bench took cognizance of the incident on the basis of newspaper reports on October 31. “…On account of the courts having been closed due to Diwali vacations, telephonic instruction was issued to the registrar (judicial) to treat the said article as suo motu PIL by registering it accordingly, after necessary formalities,” Chief Justice Kumar said while dictating the order.

The court directed the chief secretary and the home secretary to file a “status report” by November 14, when the matter will come up for hearing. The SHRC “shall also file a report in this regard by next date of hearing,” it said.

The bridge collapsed just days after its reopening on October 26. It was closed for seven months for repair after the Morbi municipality signed a 15-year contract with Ajanta Manufacturing Pvt Ltd, a part of Oreva Group, in March this year.

Nine persons – two managers of the Oreva Group, two contractors engaged by Oreva to restore the bridge, two ticketing clerks and three security guards – have been arrested for culpable homicide (not amounting to murder) apart from other sections of the IPC.

The chief officer of Morbi municipality, Sandeepsinh Zala, who had said that the civic body had not done a safety audit as it was not aware of the reopening of the bridge, has since been suspended.

At India’s COP27 pavilion, a bid for climate-friendly, sustainable lifestyle