BJP leader Thakor, who visited the home of the victim in a village of Karjan taluka on Friday, said that the accused had not only raped and killed a "woman of Gujarat" but also "ruined a joyous family". 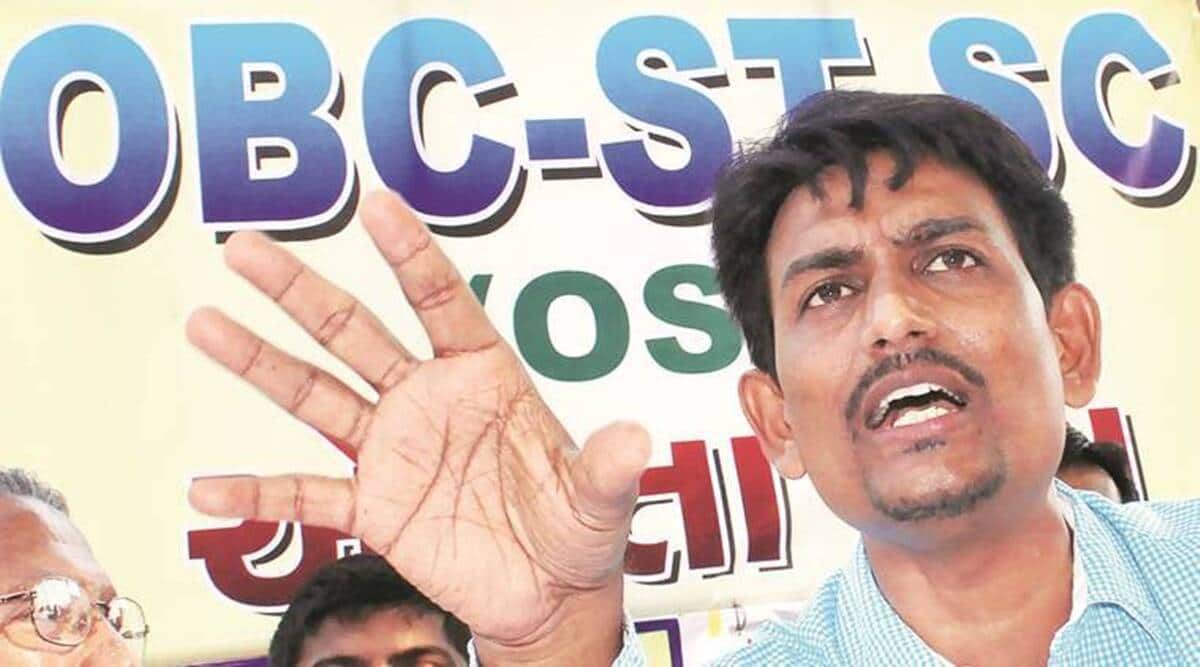 Expressing his disappointment at the lack of outrage over the incident, which is "similar to Delhi's Nirbhaya case", Thakor lashed out at his fellow BJP leaders. (File)

Two days after the Vadodara district police arrested six persons for the alleged gangrape and murder of a 37-year-old woman in Karjan taluka, former MLA and currently a BJP leader Alpesh Thakor on Friday met the aggrieved family of the victim and demanded a fast track trial in the case, while also lashing out at the local BJP leaders, including MLA Akshay Patel, for having ignored the victim’s family. A local court meanwhile, sent the six accused to five days in police custody.

Thakor, who visited the home of the victim in a village of Karjan taluka on Friday, said that the accused had not only raped and killed a “woman of Gujarat” but also “ruined a joyous family”. The victim, a single mother to three children, was a farm labourer. The accused, on Monday, had accosted her in the farm when she was cutting grass alone and raped her in turns before strangulating her to death with her own dupatta.

Expressing his disappointment at the lack of outrage over the incident, which is “similar to Delhi’s Nirbhaya case”, Thakor lashed out at his fellow BJP leaders and said, “This is an attempt to taint the pride of Gujarat. The accused should be tried in a fast-track court and be awarded a death sentence. I shall run a campaign for the same in Gujarat in the near future. What is utterly distressing is that this is the state’s own Nirbhaya case. It is a huge crime but not a single political leader has spoken about it or visited this family.”

Thakor upped the ante against the local BJP leaders, especially MLA Patel, who lives just “five kilometres away”, and said, “It is unfortunate that the people have their expectations for justice out of this government but not a single leader has met the family. The office of the MLA of this area (Akshay Patel of BJP) is just five kilometres away but he has no time to visit this poor family. So, when do our leaders visit these places? Do they come only to seek votes? When something like this occurs with the daughter of your house, will you forgive them? At least, I cannot play this kind of forsaken politics where leaders remain silent even when the mothers and sisters are subjected to rape and cold-blooded murder.”

Thakor also attacked the Vijay Rupani-led government, questioning the silence of the ministers. Thakor said, “I immediately demand that a comment should come from the government for this family. Raksha bandhan is coming up in a few days, where sisters tie rakhis to their brothers for the promise of protection and safety. In such a time, the state government should take up this case in a fast track court to bring to justice the perpetrators of this sister. If you cannot do this, I would have to believe that you (government) lack sensitivity. The government has to swing into action to ensure that no other woman in the state goes through this.”

The Vadodara district police, on Friday, also produced the six accused in a local court in Karjan. The court granted five days of police remand of the accused in the case. According to officials, the investigators are probing if the group of accused has previously committed such offense as they had “almost spontaneously committed such a heinous crime, including murder on spotting the victim”.

The police, on Wednesday, had tracked down the accused with the help of a sniffer dog, Java, that had led the investigators to a settlement of vagabonds by the railway track near the scene of the crime.

Chelsea’s Pulisic out with COVID-19, Lukaku expected to play against Arsenal