Party chief Arvind Kejriwal said he was announcing the name of the next CM, not just the party candidate for the job. 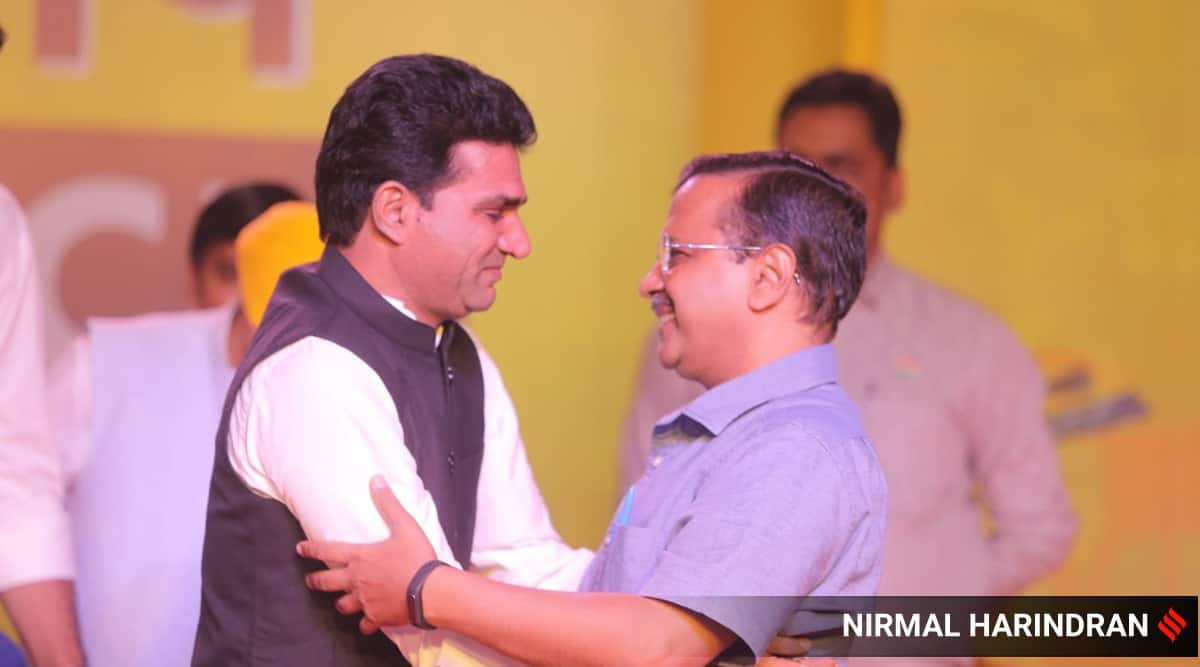 The AAP supremo said, “We don’t decide who will be the CM candidate while sitting in a room. Bhagwant Mann was chosen as CM not by the AAP but by Punjab’s public. At a time when it seems sure that the AAP will form the government, today we are not announcing the CM candidate of the AAP but announcing the CM for the next Gujarat government. Last week we invited public opinion, and 16,48,500 responses were received and 73 per cent of them named Isudanbhai Gadhvi.”

Also Read |Isudan Gadhvi: ‘AAP’s not a third party in Gujarat, but the party in Oppn… Cong never had a vote bank here’

The Delhi chief minister’s address started with the bursting of crackers, followed by a moment of silence for the Morbi bridge collapse victims.

After the announcement, Gadhvi embraced party colleagues such as Manoj Sorathiya and Yuvrajsinh Jadeja and got down from the stage to seek the blessings of his mother.

The state will go to the polls on December 1 and 5.

Gadhvi, an OBC, used to run a television show titled “Mahamanthan”. He quit as editor of VTV Gujarati last year to join the AAP. He had been approached by the BJP and the Congress as well, he told The Indian Express in an interview later.

A native of Jamkhambhaliya in Devbhumi Dwarka district of coastal Saurashtra, Gadhvi studied journalism and mass communication at Gujarat Vidyapith.

Last month Gadhvi launched a yatra titled “Bas, Havey Parivartan Joiyiye” (enough, now we need a change) from Dwarka district. It is due to conclude on November 20, after covering 67 constituencies.

‘Go back to Africa’: Furore in French Assembly after right-wing member’s remark to Black lawmaker