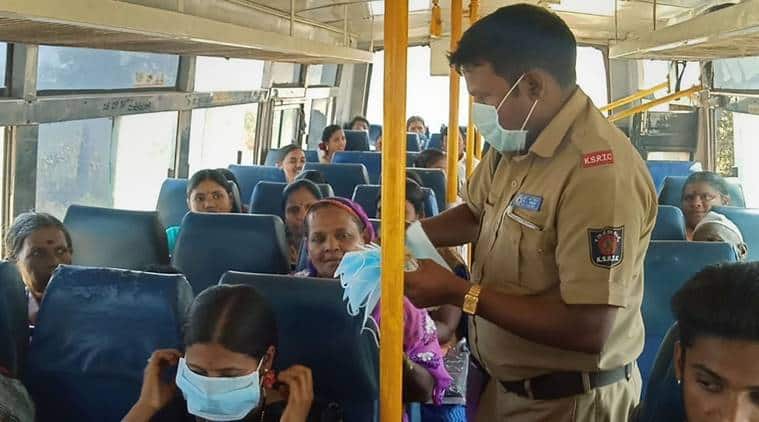 Services such as driving tests, vehicle registrations, issuance of driving licences and various other services have been suspended (Representational)

In the wake of the spread of coronavirus (COVID-19) in Gujarat, all Regional Transport Offices (RTOs) across the state have suspended their services until March 29, as per a directive issued by the Transport department in Gandhinagar on Friday.

According to officials of the Transport department, services such as driving tests, vehicle registrations, issuance of driving licences (latter applications) and all latter applications related to various other services have been suspended by an order from the Transport Commissioner issued on March 20. However, the commissioner has made an exception for the registration of BS IV engine vehicles, which will operational at RTOs until March 31. The order by Transport Commissioner applies to all 36 RTOs/ARTOs (?) across all districts in Gujarat.

“We have often seen that RTOs are thronged by people in mass numbers on an everyday basis. As a preventive measure against the spread of coronavirus in the state, we have decided to suspend services such as driving test, issue of driving licenses, registration of vehicles (latter application) and all other latter applications till March 29. However, due to an order by the Supreme Court regarding compulsory registration of all BS IV engine vehicles, we have decided to open this service up to March 31,” read a statement from the office of the Transport Commissioner.

The officials have also urged people to use “faceless services” of RTOs and avoid visiting the office premises.

“It is not necessary for the applicants of BS IV engine vehicles to reach the RTO office for registration. They can take use of our faceless service and pay the fee and income tax online,” said the statement.

A 51-year-old man, who was advised to be in home quarantine for 14 days after returning from Thailand on March 14 amid the COVID-19 pandemic, was detained by Bharuch police on Saturday afternoon. He was shifted to the Avidha community center set up by the Bharuch district administration for institutionalised isolation.

Bharuch Collector MD Modiya told this newspaper that the administration’s Health department swung into action after receiving complaints that the man has been regularly breaking the quarantine protocol. Modiya said, “The man arrived from Thailand on March 14. He is asymptomatic right now, which is why he was asked to be in home quarantine for 14 days. However, the department found out that he was breaking quarantine on multiple occasions and we even received a complaint. Since warning him did not help, he had to be taken from his residence here to the Avidha community center where we have an isolation ward. We had to seek help from the police to forcefully detain him and hand him over to the center.”

BJP MP appeals people to be vigilant, not panic

BJP MP from Ahmedabad (west) and a surgeon by profession, Dr Kirit Solanki on Saturday appealed people not to panic amid the COVID-19 outbreak, but to be vigilant especially for the next 10 days. He also stressed on social awareness to combat the infection.

An official release from the party’s Ahmedabad media cell convener, Amit Jyotikar, quoted Solanki as having said that the World Health Organisation (WHO) had first informed the world about novel coronavirus on January 7, 2020. The next day, the Union Health minister had held a meeting with the Centre’s inter-departmental ministers, he said. In the said meeting, Solanki added, plans to deal with the virus were finalised. He also said that the process of “intense” screening of international passengers at airports, sea ports and international borders was initiated from January 14, which included the protocol of home quarantine of suspected persons.

Solanki said that it is fortunate for the country that the average age of its citizens is 27.9 years, which means that majority of our people are young.

The Gujarat government has taken a series of steps to deal with the pandemic and more than 5,700 beds have been prepared at 127 places in the state, he added. More than 635 beds are also ready for patients who test positive for coronavirus and plans to make over 550 beds available across the state’s private hospitals are also on.

Quoting Solanki, the release also added that testing facilities are currently available at Ahmedabad and Jamnagar and two more centers — one each in Bhavnagar and Surat — will be functional from Sunday.