Ahead of polls, Arvind Kejriwal launches ‘Choose Your Chief Minister’ drive in Gujarat

The AAP is expected to give a tough fight to the ruling BJP and the Opposition Congress in the Gujarat polls, the schedule of which is yet to be announced. 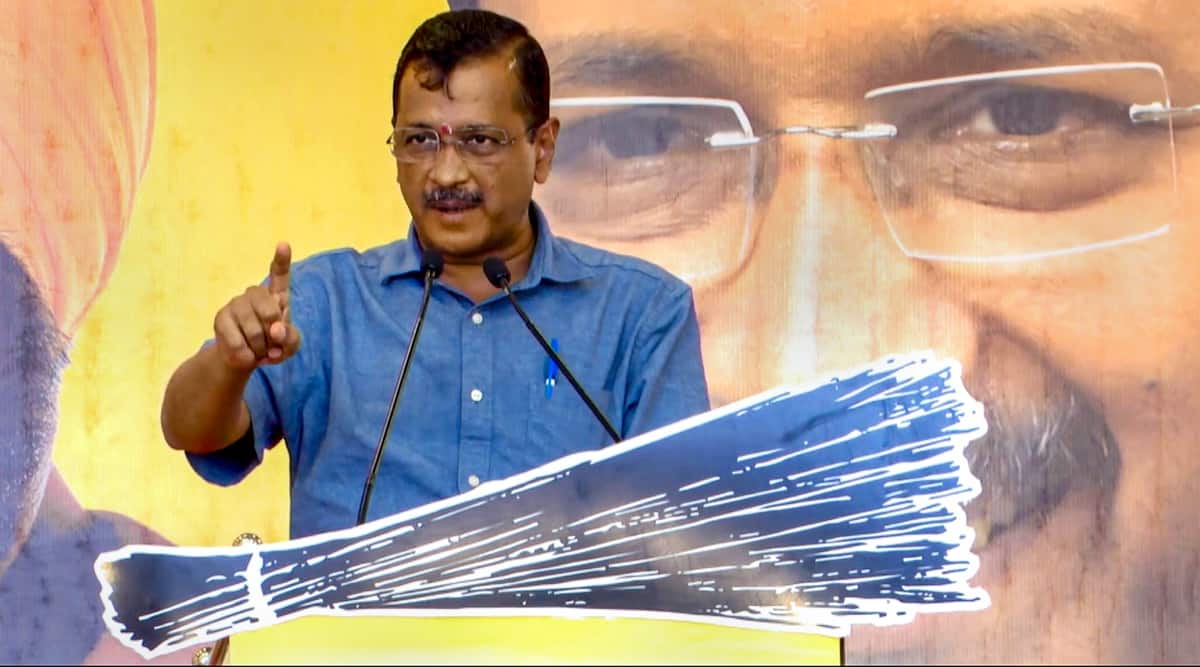 AAP chief Arvind Kejriwal made the comments while addressing a press conference in Gujarat on Saturday. (File Photo/PTI)

AAP chief Arvind Kejriwal, who is currently campaigning in Gujarat for the upcoming Assembly elections, launched a drive where the people of the state could choose the chief ministerial candidate of the party.

Dubbed as the “Choose Your Chief Minister” campaign, Kejriwal said: “We want the people of Gujarat to tell us who should be the next CM. We’re issuing a number and an email id. You can send your opinions on it till 5 pm on November 3. We will announce the result the next day.”

Accompanied by Punjab Chief Minister Bhagwant Mann and AAP Gujarat chief Gopal Italia, Kejriwal hit out at the ruling BJP government, saying that the party does not have one developmental model to show despite ruling the state for over two decades. “Inflation and unemployment are the only things that the BJP has given to Gujarat. The state tops the list when it comes to these two metrics. The time has come for a change and the people of Gujarat, too, have been speaking about the work that AAP has done in Delhi and Punjab.”

The AAP is expected to give a tough fight to the ruling BJP and the Opposition Congress in the Gujarat polls, the schedule of which is yet to be announced.

Elon Musk buys Twitter Highlights: Musk asks if he should bring back ‘Vine’, says no idea who is CEO