The expert teams had earlier probed the radiation levels within the plant premises and outside in a 5-km radius. 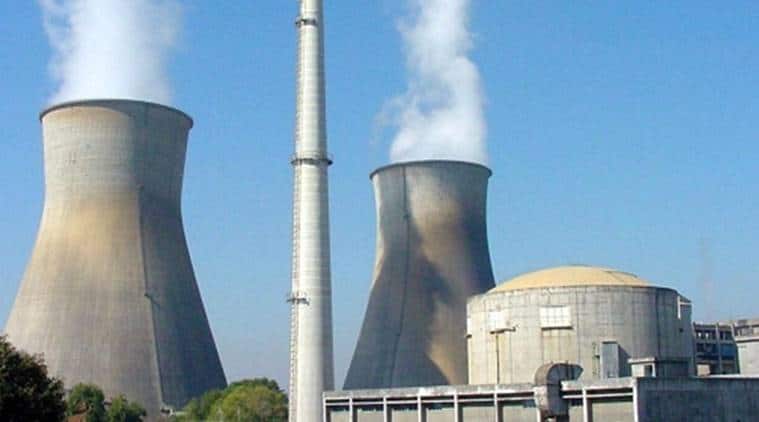 The teams had removed the fuel bundles from the identified channel with the help of sophisticated remotely-handled tools.

The leak that caused scare around 10 days ago at Kakrapar Atomic Power Station (KAPS) in Tapi district was “located and isolated” by experts Tuesday, officials said.

The affected channel at Unit-I of the power station was located and isolated by a team of experts from KAPS, Atomic Energy Regulatory Board (AERB) and Bhabha Atomic Research Centre (BARC). Further investigation will now be carried out to ascertain the cause of the leak that occurred on March 11 in the primary heat transport (PHT) in one of the two 220 MWe units at KAPS, the officials said.

The expert teams had earlier probed the radiation levels within the plant premises and outside in a 5-km radius.

According to KAPS site director L K Jain, the core of 220 MWe pressurized heavy water reactor comprises 306 coolant channels made from the zirconium-niobium alloy, and each of those has 12 fuel bundles. The coolant flows through these channels transferring heat from the fuel to the steam generator to produce steam for driving the turbine to produce electricity, he added.

The teams had removed the fuel bundles from the identified channel with the help of sophisticated remotely-handled tools. The bundles had been carefully inspected and found to be intact. The affected coolant channel has since been isolated and the leak arrested.

Jain further said that no worker has been exposed to radiation. The radiological systems is at present in the normal state and cooling is been maintained in all the channels, he said, adding that the plant at present is in a “shut down state”.

Sources said that the isolated channel would be now sent to either BARC or AERB to be ascertain the cause of the leakage. They also said other channels left at the site would be inspected by the expert teams to find out whether they were affected.