Gujarat government to buy solar power from homes at Rs 2.25 per unit

Speaking with The Indian Express, Energy Minister Saurabh Patel said the rate will be effective from Thursday. The government is already providing subsidy of 40% (of the unit cost) for solar rooftop units of upto 3 kilowatt capacity. 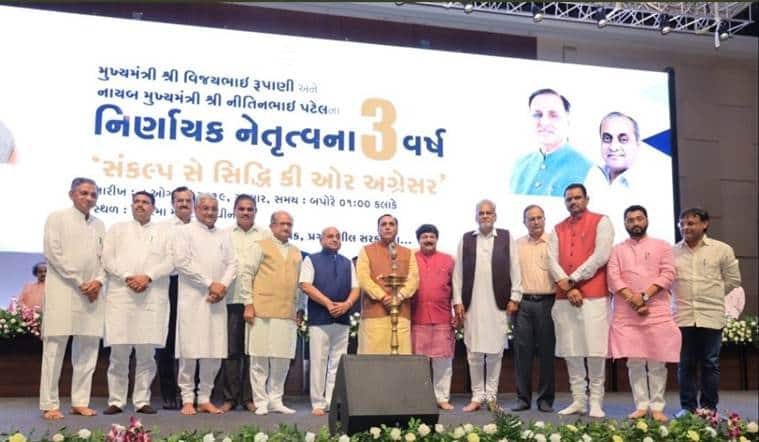 The Gujarat government, which has set an ambitious target of having 8 lakh solar rooftop power generating units on residences by 2022, on Thursday announced that it has decided to buy surplus electricity generated through such units at Rs 2.25 per unit. The announcement came at the launch of the latest solar rooftop energy scheme as part of a celebration to mark three years of Chief Minister Vijay Rupani and Deputy Chief Minister Nitin Patel’s term in office, at Mahatma Mandir here.

The policy decision to buy surplus electricity from solar rooftop units had been announced in the state Budget last month, but the rates were made public on Thursday.

Speaking with The Indian Express, Energy Minister Saurabh Patel said the rate will be effective from Thursday. The government is already providing subsidy of 40% (of the unit cost) for solar rooftop units of upto 3 kilowatt capacity. The government is also giving 20% subsidy to units falling between 3 KW and 10 KW capacity, Patel said.

The decision to buy power from household consumers was another incentive, he added, so that the scheme becomes popular, and the government can meet its target of 8 lakh solar rooftop units by 2022.

Apart from the solar rooftop scheme, four more schemes/ policies were also launched, including the resettlement of slums on private land parcels on a public-private-partnership model, awarding special stipend of Rs 15,000 per month for two years to students conducting high-quality research, financial assistance to farmers to buy farm tools and machines and giving Namo e-Tab (tablet computers) to Class X and XII students at a token rate of Rs 1,000.

Speaking on the occasion, Rupani and Patel recollected how the going was tough in 2016 as various community-based agitations had been on in the state.

Rupani said that to take charge of a state that had been governed by Narendra Modi as chief minister for around 14 years was a tough task. Praising Modi, Rupani said comparing himself with Modi was like comparing a candle to the sun.